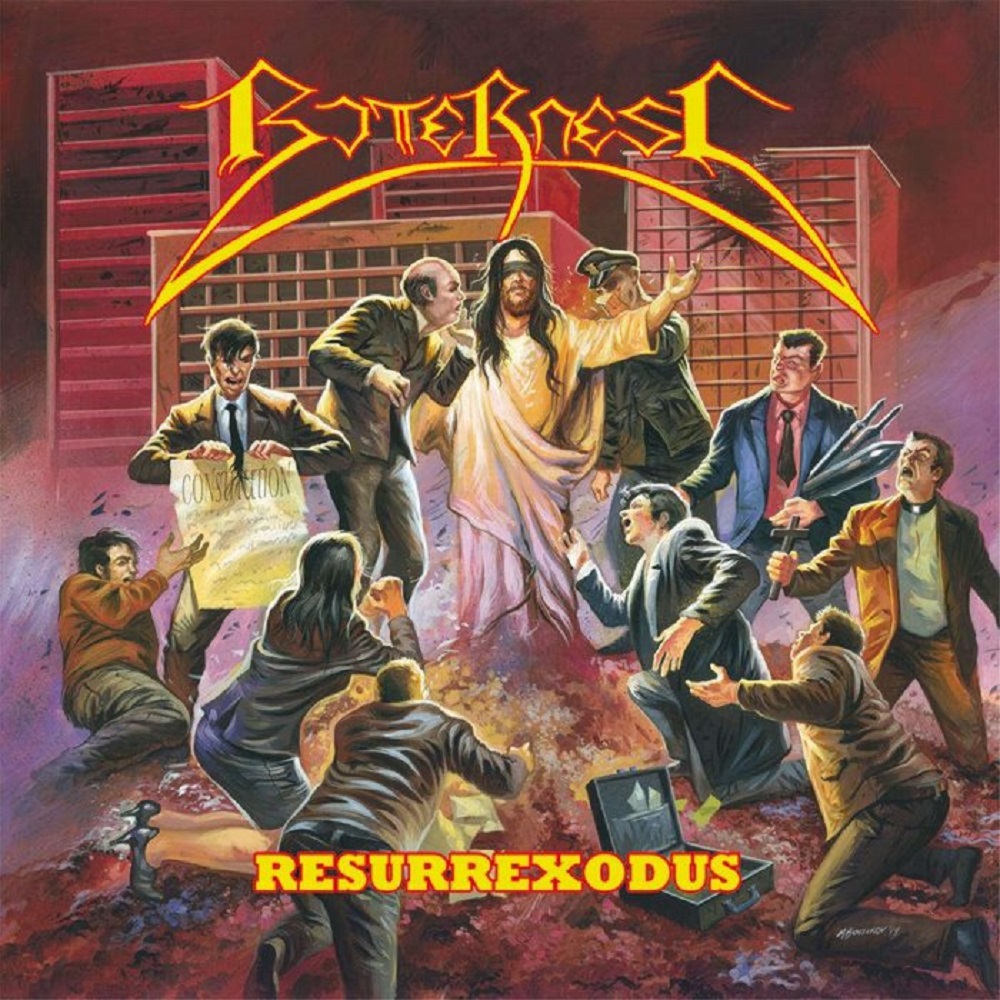 Bitterness is a German trio originally picthed to me a an ‘old-school Thrash Metal band’. Upon closer inspection, however, that quickly proved not to be the case. Examining this, their newest release (and sixth full-length album overall), entitled Resurrexodus, more closely reveals that it carries the characteristics of a Death and Thrash Metal blend. That does not at all mean that Bitterness is a bad band; As a matter of fact, after having listened to the record a second time (and having brushed off my disappointment regarding the introduction – I had hoped for the next Slayer or perhaps Nuclear Assault) I found the experience quite enjoyable. Sure, the ten tracks, as well as the intro track, to some extent, has many of the hallmarks of the eighties Thrash Metal scene: Somewhat short, relentless and catchy tracks, averaging at around four minutes each, filled with aggression and undirected anger towards everything in the general vicinity. This has been combined with a strong, distorted sound on almost all of the instruments (excluding the drums, naturally), and the lead singer also incorporates a pretty decent growl on all the songs. There has been made room for the occasional simple, ear-hanging solo, however (which has usually remained undistorted; To great effect). These ear-hanging solos are best and most prominent on the tracks ”Devastating Rites” and ”Lightbringer” – Which, incidentally, are also the two tracks on Resurrexodus that I have grown the most fond of (undoubtedly due to the more thrashy sound permeading the two; Mind you, that does not mean that the rest of the record is bad – Simply that these to cater more to my specific taste). Overall, this marks Bitterness’ sixth full-length album in the last fifteen years. So I cannot deny that the band has been busy since their inception; And it shows in sheer quality, as far as the tracks are concerned. Still, I would love to see them as a more clean Thrash Metal act. Not likely to happen, but a man can dream. Below you will be able to find the track ”Murder Inc.” which should give you a fair idea of what to expect while spinning this record.

Recommended for fans of Nuclear Assault (to some extent), Artas and similar acts.