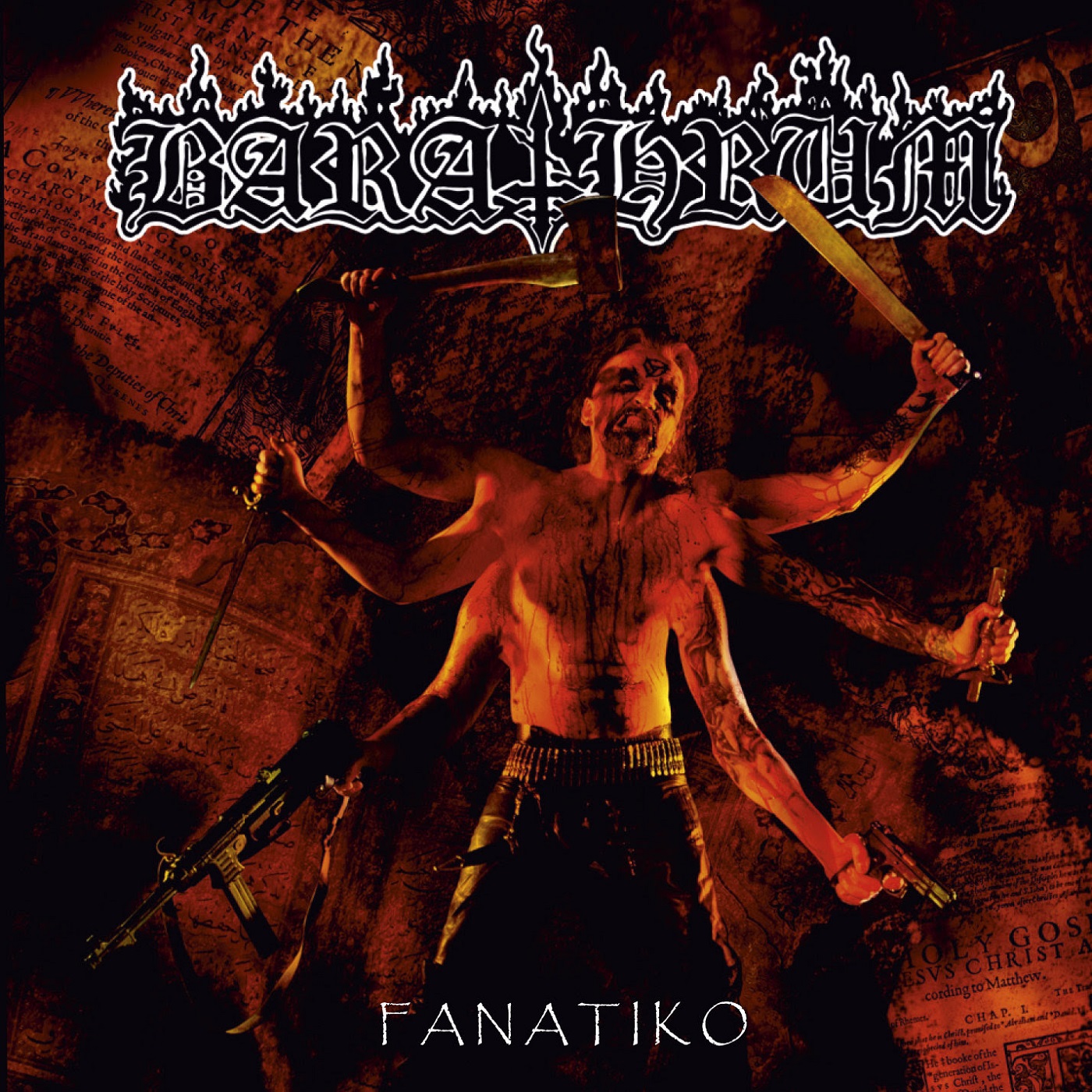 Finnish sextet Barathrum (founded back in 1990 under the name Darkfeast) are, given, the extensive amounts of years that they have been active, no strangers to the world. Since their first appearance they have released a grand total of seven Demos, two EP’s one compilation, one Split and, counting their upcoming release Fanatiko, nine full-length releases. And, as could be expected from a band from this era and region of the world, Barathrum has specialized in Second Wave Black Metal (albeit with a slight Doom Metal touch – mostly invisible, but a hint of the theatrical can be located throughout). Turning on attention towards Fanatiko it can both quite quickyl and easily be mentioned that it is a record which contains eight tracks, varying in length from the shortest at three minutes and some forty seconds to the longest at just above six minutes: The running total of the album in its entirety reaches a somewhat decent length of thirty-five minutes. Musically, Fanatiko delivers everything that you would expect from a band of said genre and said generation (although with the small, theatrical twist mentioned above), culminating in a very standard Black Metal release. Sadly, for me, at least, that is where it ends. Do not get me wrong, it is by no means a bad nor disappointing record per se: I am just left with the impression that Barathrum as a band is capable of so much more (which is further evidenced by the bands reputation as a fairly upstanding act). Like I said, Fanatiko is definitely not a bad release and an album that is well worth your time if you are into the genre – Tracks such as ”Hellspawn” as both a good track and an interesting video – But I get the feeling that Fanatiko as a whole will truly shine when and if I will ever get the chance of seeing it performed live, with a well-prepared and ready band as well as a small army of loyal fans. But I digress. Bottom line is, the six-piece band behind the moniker Barathrum have created a new Black Metal release, one that I do not regret giving a few spins. And who knows, I might even spin it again in the near future.