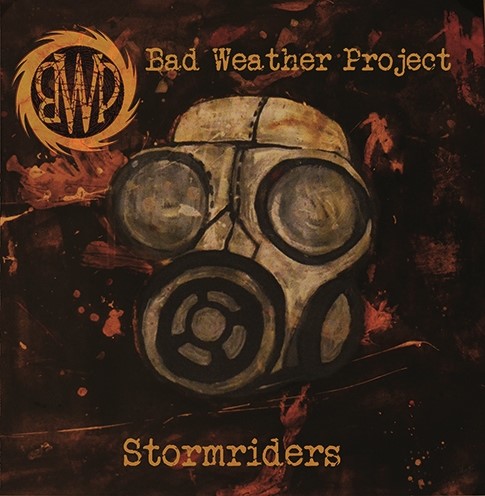 BWP stands for Bad Weather Project, and it is an Italian quartet who finds its roots in grunge, early 90s heavy metal and post-rock. Stormriders is their latest release, a 9-tracker album released on their fellow-Italian Nadir Music.

Apart from the aforementioned genres, the band adds some new & modern dynamics, screams and melody to their sound. In other words; it’s easy to notice a ‘Seattle echoes and LA guitars’. All of the songs are written in English, which is a brave but also a natural choice for this band. In their songs, they try to describe the feelings, emotions, fears and psychosis and their inner demons. It also reflects the feelings of a four guys born in a capitalist myth of a constant growth. It is like their personal statement and inner fight against the aggression of the system.

Put differently, Stormriders is a political statement and reflections of their own. One can also sense a bit of melancholy, depression and negative thoughts on this record, but it fits perfectly together with the overall image of the band.

The only minor problem are the vocals, which are not as strong as the rest of the instruments. Alcohol- and cigarattes drained vocals ala Rob Flynn would fit him (Crisix) better, and a bit more work on the overall strengthening of his vocals would help a lot. Also riffing to times appeared to be very generic and secure, and not so inspirational.