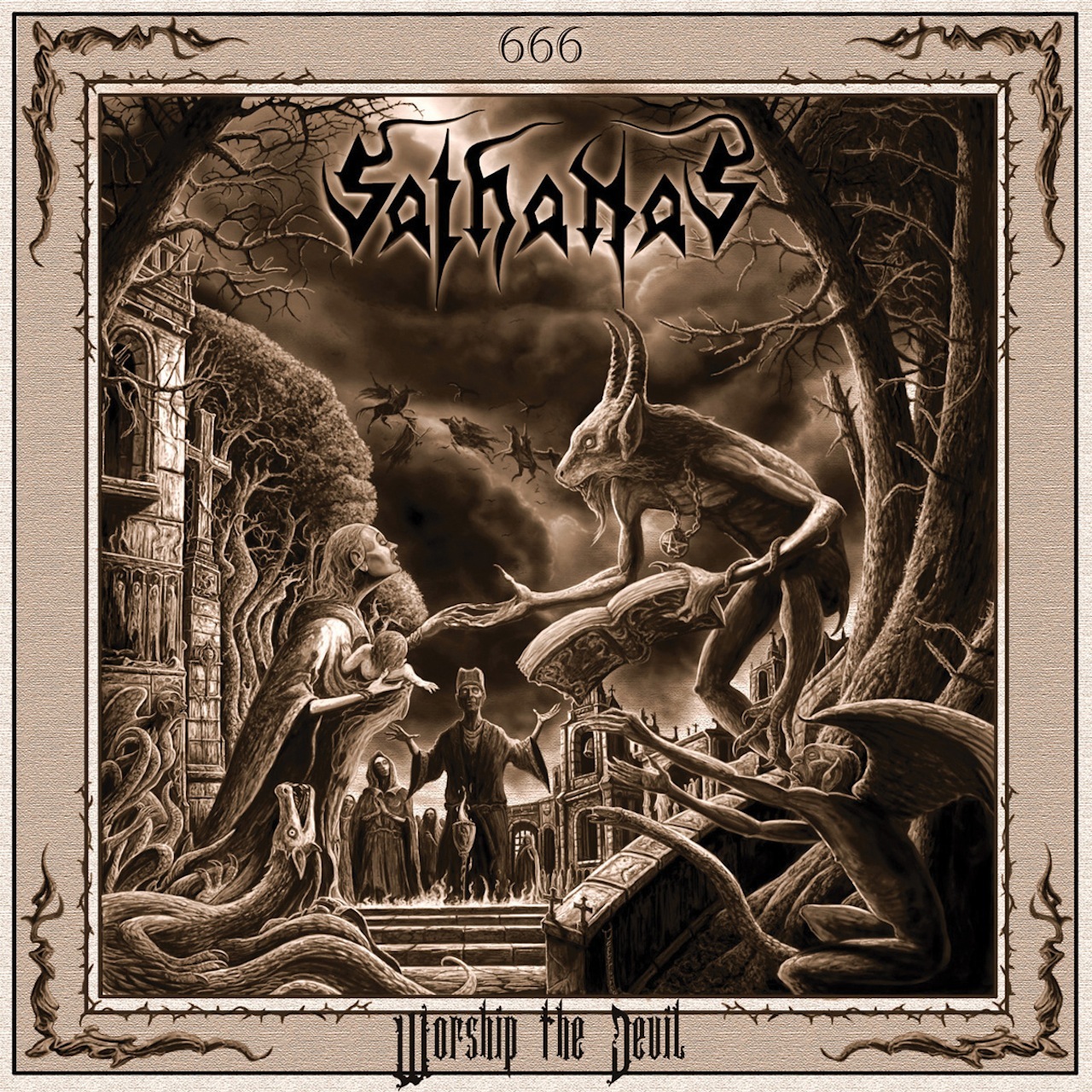 US-based trio Sathanas are no strangers to the world. Having been around since 1988, they have had a good, long time to perfect their own style of heavily Black Metal-influenced Death Metal. From what I have been told, they are also prone to add several Thrash Metal-esque themes and riffs. That is far from the case on Worship the Devil, however. As a matter of fact, the eight tracks comprising Sathanas’ ninth studio release is instead filled with strong Black Metal distortions added to a classical Death Metal sound. Many bands have admired the one set forth by this band over the years (of note can be mentioned Dutch God Dethroned, for instance), and many have managed to add their own personal touch to the genre (again, see God Dethroned). That in and of itself is a testament to the legacy of Sathanas, and one of the highest praises that you can give a band. And, despite releasing fairly short albums (Worship the Devil, for instance, is a mere thirty-eight minutes long) that is all you need in order to realize why their sound has become as famous as it is.

Overall, Sathanas is definitely a band that I will be returning to in the future; Tracks such as ”In Death’s Name We Pray” for me highlights what the band is truly capable of, which is quite impressive. Impressive and good, yet lacking a bit personal flavour compared to those that came after.