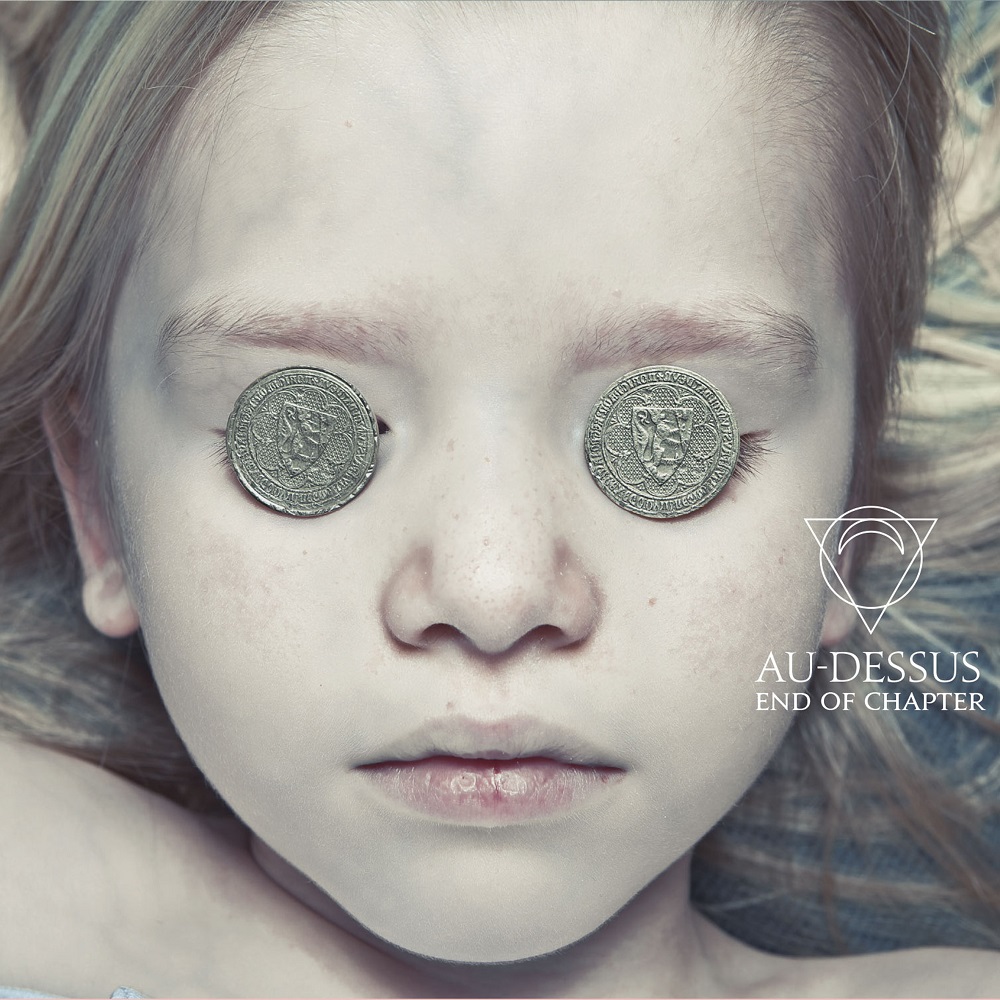 Au-Dessus is a band that confused and/or tricked me, I will admit. Having a French name (‘Au-Dessus’ meaning ‘Above’) and being promoted by a well-known French (mostly) Black Metal label, I immediately made the logical conclusion that Au-Dessus would be yet another band for me; Especially when I learned that the band carries the more modern moniker ‘Post-Black Metal’. Upon further examination however, I learned that this band consists of four members hailing from Lithuania, not France as well as the fact that the four musicians deliver their messages of despair in English, not French. All lof that quickly quickly disappeared into irrelevance, however, when I have End of Chapter a spin and was reminded that great music is not determined by country, but by talent. And these four gentlemen has it in abundance. But of course, the fact that they have taken a great interest and a lot of inspiration from many of my favourite Post-Black Metal acts (many of whom are French) does not hurt either. The band seems to have a focus upon the darkness present in the world, as well as the social injustices. Something that they describe and deliver expertly along with one heavy, slow and melancholic riff after another, expertly weaved together to create an overall coherent whole. As a matter of fact, despite every track being an excellent piece of music as well as tale of woe in and of itself, I get the impression that Au-Dessus plans for people to see it as small pieces of a larger story. I base this theory upon thee fact that they have taken up the by now fairly popular approach of not giving their songs titles, but numbers. Nunbers, which refers to the tracks chronological release order, as well as place on the album. As such, Au-Dessus’ self-titled release contains the tracks ”I” through ”V” (Roman numerals), and the object of this scribble, End of Chapter, contains the tracks ”VI” through ”XII”. This means that their newest release contains seven songs overall, spread across forty-six minutes. And that is forty-six minutes that I do not regret meticulously studying every second of. Sadly, I have not heard Au-Dessus’ debut record, but if it holds up to this particular release, then I will have to get my hands on it. I am a bit concerned, however, that the album is entitled End of Chapter. Sure, it fits the cover art very well (a young child, apparently dead, with two coins for the ferry-man placed upon his eyes), but usually the end of a chapter also marks the end of an era. But then again, when compared to books, these usually contain more chapters, that usually continue the story in a more exciting, intense manner. Here is to hoping that a new chapter will be begun by Au-Dessus in the near future. I for one have high hopes for it. Below can be found the music video for the first track upon End of Chapter, which, as you would recall, is entitled ”VI”. A great introduction to a great album, as well as an interesting, low-cut video.

Recommended for fans of The Great Old Ones, Woods of Desolation and Trautonist.