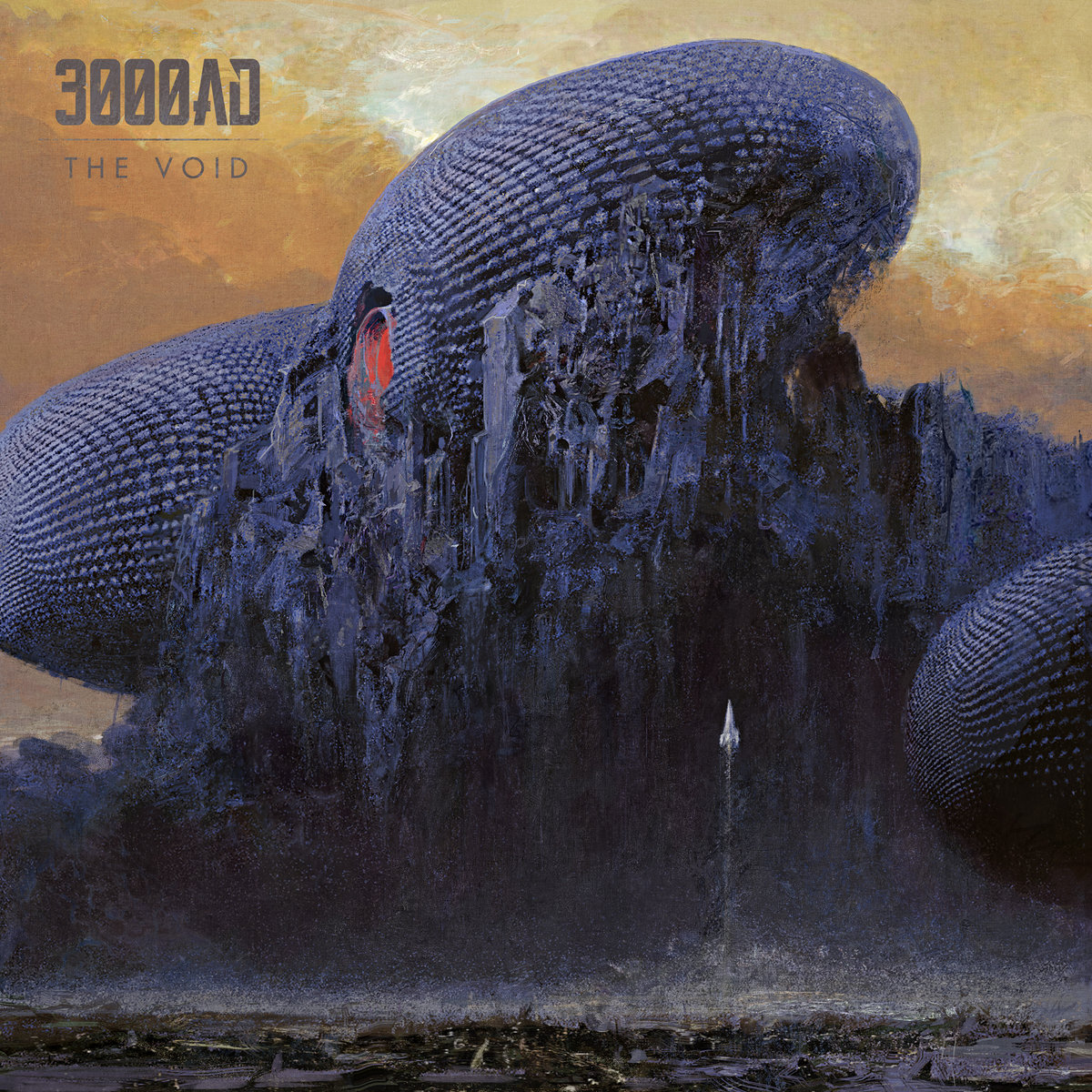 When I first looked at the cover-artwork and the title The Void, I was convinced that I’m gonna hear some depressive or blackened doom metal. Thus, I got very surprised when the first riff of the opening track “3000AD” came out of my speakers. It’s far from any doom and black metal! Who are they 3000AD? It is a thrash metal trio from Christchurch, New Zealand. Alone the fact that they’re from New Zealand got me even more interested in the band and this particular release, since a metal band from New Zealand is something that we don’t often encounter on these pages. The band is born out of an idea to fuse their passion for Thrash Metal and 80’s Punk Rock.

The Void is band’s debut full-length, containing eight quite lengthy songs. With The Void, the band takes the listener on a journey through a bleak dystopian future. A vision of civilization on the brink of collapse in a desolate and hostile environment.

The album kicks off with the afore-mentioned title track “3000 A.D.” with a fast and steady rhythm and tight interaction. It’s just a foretaste for what is to follow. The following track is called “Cells”, being a hard rocking song about the wasteland. “The Network” starts off with a wonderful guitar solo before introducing those bleak, intergalactic and futuristic elements. Next is the self titled track “The Void”, mostly recognizible for the haunting bass parts and some searing vocals. “These Fires” is a fast-paced track that will please fans of the faster and more aggressive sound. The guitar- and bass parts are really strong in this track! Then follows my favourite track off the record, a track that blew my mind, “The World We Knew”. It is filled with catchy riffs, crispy guitar solos and the vocals that are perfectly fitting in. It’s one of the tracks that will define the sound of 3000 AD for those still unfamiliar with the band. On “Journeys” one can hear a bass and guitars’ sonic assault, supplemented by some solid backing vocals. Closing song is called “Born Under A Black Sun”, being over seven-minute instrumental track in which all the instruments have nice and strong interplay.

As you could read above, all eight album tracks have a particular personality of their own. They’re all quite engaging and interesting, and despite of the fact that the album’s total running time is around 45 minutes, I was entartained the whole time. Meanwhile, those lengthy tracks are resulting in a less straight-forward structure and a bit more complex outcome, but as said earlier, I think it suits the band very well.