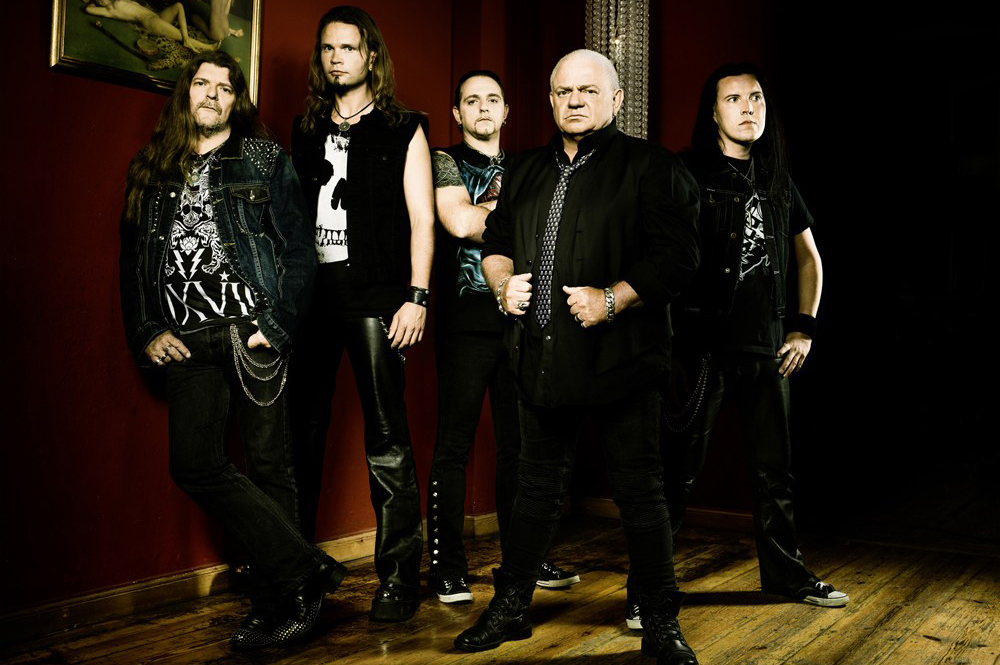 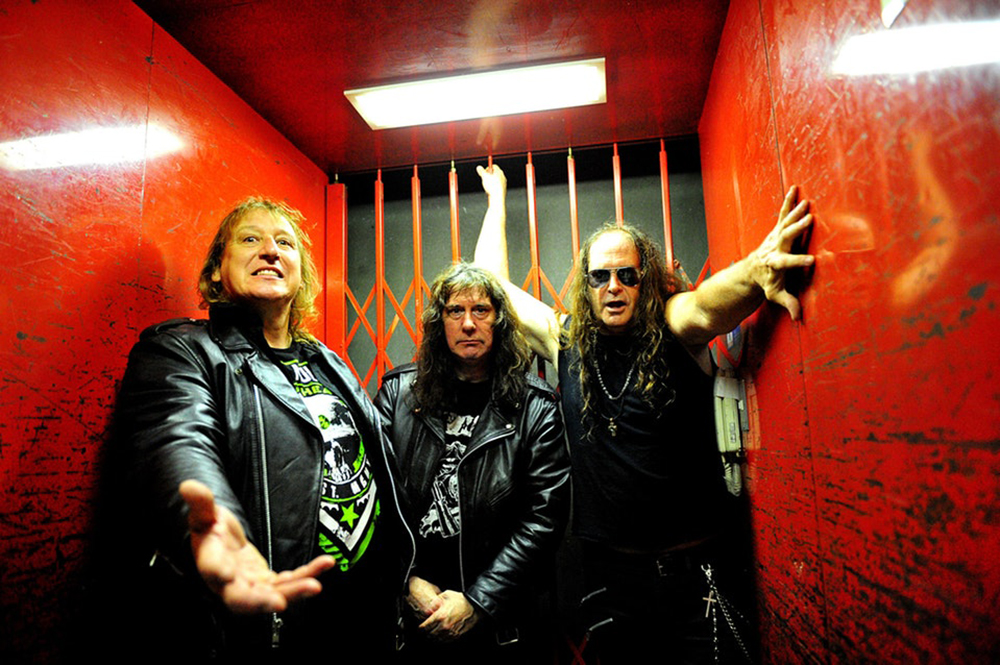 Raven is a British Heavy Metal band that rose to prominence back in 1974. While the trio has seen minor changes over the years, the two Gallagher brothers John and Mark, have been at the heart of the project since its inception. And tonight, for the third time ever, they return to Denmark in order to give the town a blast from the past.

In many ways being a staple of a bygone age, Raven as a band demonstrates many of the classic approaches and mannerisms of a true showman – For one, they make an explosive entry onto the stage, entering in a blaze of light as if they own the entire venue. This is immediately succeeded by an impressively energetic performance, one so much so that the lead singer had to wear a headset instead of using a more traditional microphone in order to allow him to move as much around as his brother, the guitarist.

They have a very quirky and humourous attitude towards the audience, most often seen in such instances as when they are heard swearing in a very british manner, making fun about their own obscure and unknown status as a band (and practically begging people to buy their merchandise as a result so they can afford food) as well as their age (claiming to have recorded an album in Aarhus, Denmark back in the year 1643). All of this is served in good fun, and they are not above poking fun at the audience either (the most noticeable time this happened was when a fan claimed that they didn’t need food, due to the weight of both brothers – To which the vocalist merely replies ”Them be fightin’ words, mate”).

Above all, Raven as a band is an energetic bunch, led by a true showman, one that manages to incorporate their high-powered performance with all the classics needed to really inroll the audience: Dramatic pauses, impassionate statements, high-pitched and very long notes – Everything you would expect from a true 80’s Heavy Metal band.

The band takes great pleasure in, and do what they can, in order to ensure that the fans are a part of the performance – Such as encouraging cheering on the band (something they clearly enjoy), have the audience sing the chorus for them and throw in the occasional guitar solo on the very impressively portrait-painted guitar just to provoke a reaction.

And, as a last hurrah, Raven ends their very positive and energy-fueled concert by thanking both the audience for showing up, the venue for taking them in, and Dirkschneider for letting them tag along.

After tonight I have no doubt that Raven is a band that is meant to be seen live – And that they have spent decades honing their skills for whenever an opportunity like this arises.

All in all Raven played ten songs, lasting one hour. 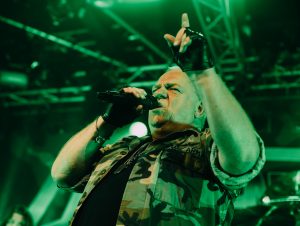 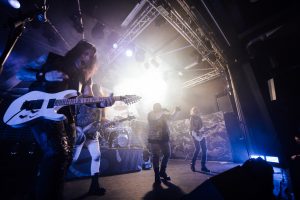 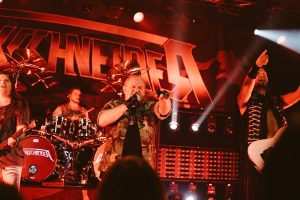 Dirkschneider is not a band per se: Rather, it is a collaboration of musicians assembled behind Udo Dirkschneider of Accept and UDO fame, in order to allow him to play all of the tracks from his Accept days that he has never had the chance to play live before (along many of his classics, of course). According to himself, this is to be done in order to close that chapter of his life forever, bittersweet as it may be for long-standing fans of his music.

Unlike Raven, Dirkschneider is taking a lot more militaristic and minimalistic approach to their performance – The entire band (excluding Udo himself) is seen standing in attention amidst a stage decorated with military camouflage, bathed in green light. They slowly begin to play, and as the music escalated, Udo’s voice chimes in despite still not being present on stage.

A full verse into the song Udo himself finally appears, dressed in military fatigues and understandably causing a fair amount of cheering and clapping. From this point onward, the concert continues in a steady pace, unrelenting and only with minor pauses inbetween tracks – A perfect example of German efficiency.

The setlist proved to very quite extensive, which is only to be expected from a musician with such an impressively long career as Udo. This might explain the somewhat enery efficient approach that the band employed while performing (or they simply seemed less energetic when compared to their nearly hyper-active warm-up band, who knows? But I digress). While many of the tracks presented under the moniker Dirkschneider had either never or rarely been played live before, they nevertheless proved to be quite the crowd pleasers – And very varied, since even a single ballad or two managed to make the cut. During these, the otherwise very bright, usually red and white lights are exchanged with a soft blue hue, giving the overall atmosphere of the stage a more mellow and grounded feel. Aside from this, very few theatrics are used. In true efficient fashion, the band lets the music do the talking. And, as expected from as experienced a musician as Udo, even throwing in a ballad or two does little if anything to affect the overall momentum of the gig, since the pace is immediately picked up during the next track.

He is, however, not without a sense of humour. Early on during the concert he asked the audience if we were ready. Since he only got a mediocre response, he merely shrugged and stated ”Meh”. He then repeated his question until the verbal response of the fans raised to a level to his satisfaction – After which the music once again rolled over us.

Several times during their performance I noticed that all mobile members of the band huddled together at the centre of the stage, playing in unison and even brandishing their instruments into the air in almost perfect synchronization – Very fascinating, and very 80’s, in a sense. During these sessions, it also becomes evident that Udo himself loves these performances, as he could be seen leaning in close to the lead guitarist and silently enjoying the riffs produced by his guitar.

Throw in a few guitar solos for good measure, and you have a great introduction to the B-sides of early Accept history – And, after a short intermission, during which the band left the stage, they alll returned in order to deliver four of Accept’s greatest crowd pleasers – To massive applause and fan interaction. Especially during ”Princess of the Dawn”, where the half-packed venue took over vocal duties for Udo himself and during ”Metal Heart”, where an even longer guitar solo was introduced in order to show exactly the amount of energy the band still possesses.

Twenty-four tracks and two hours later, the band left the stage one final time, after giving a very memorable performance.