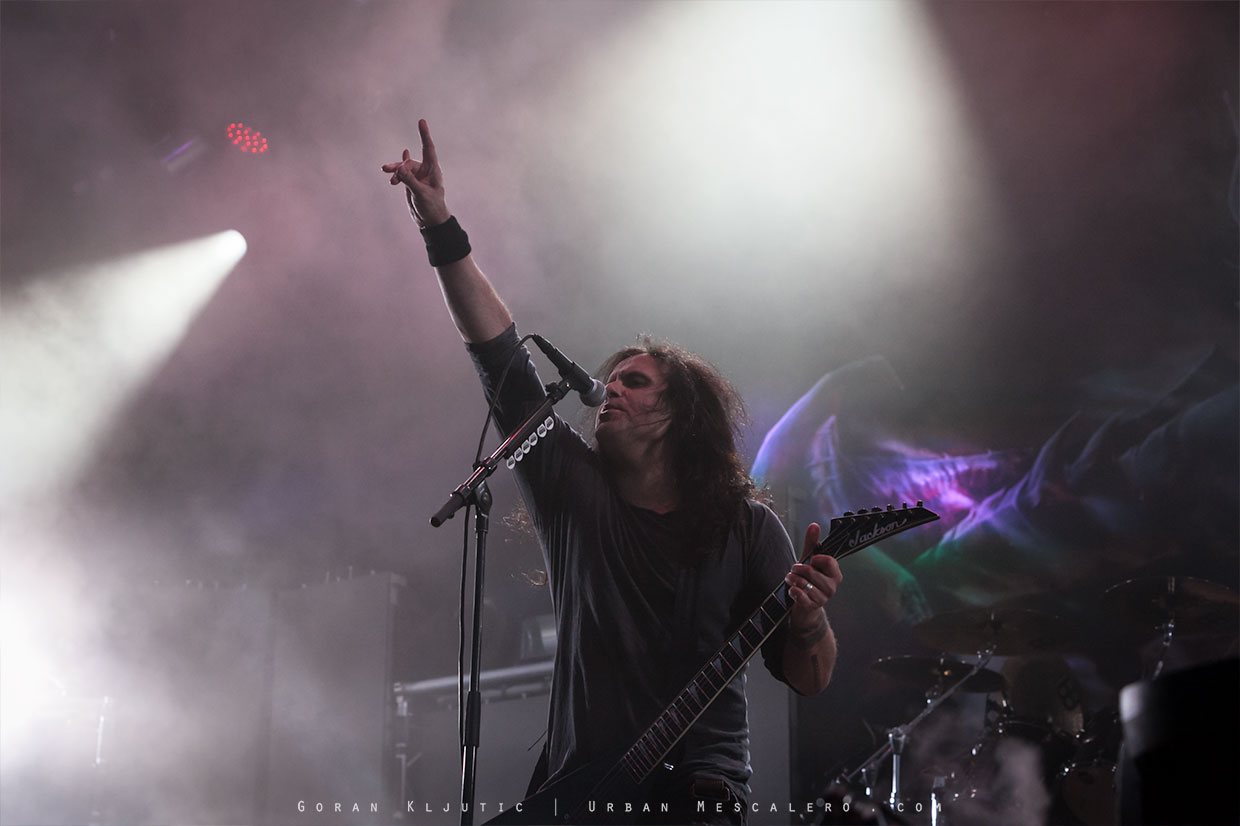 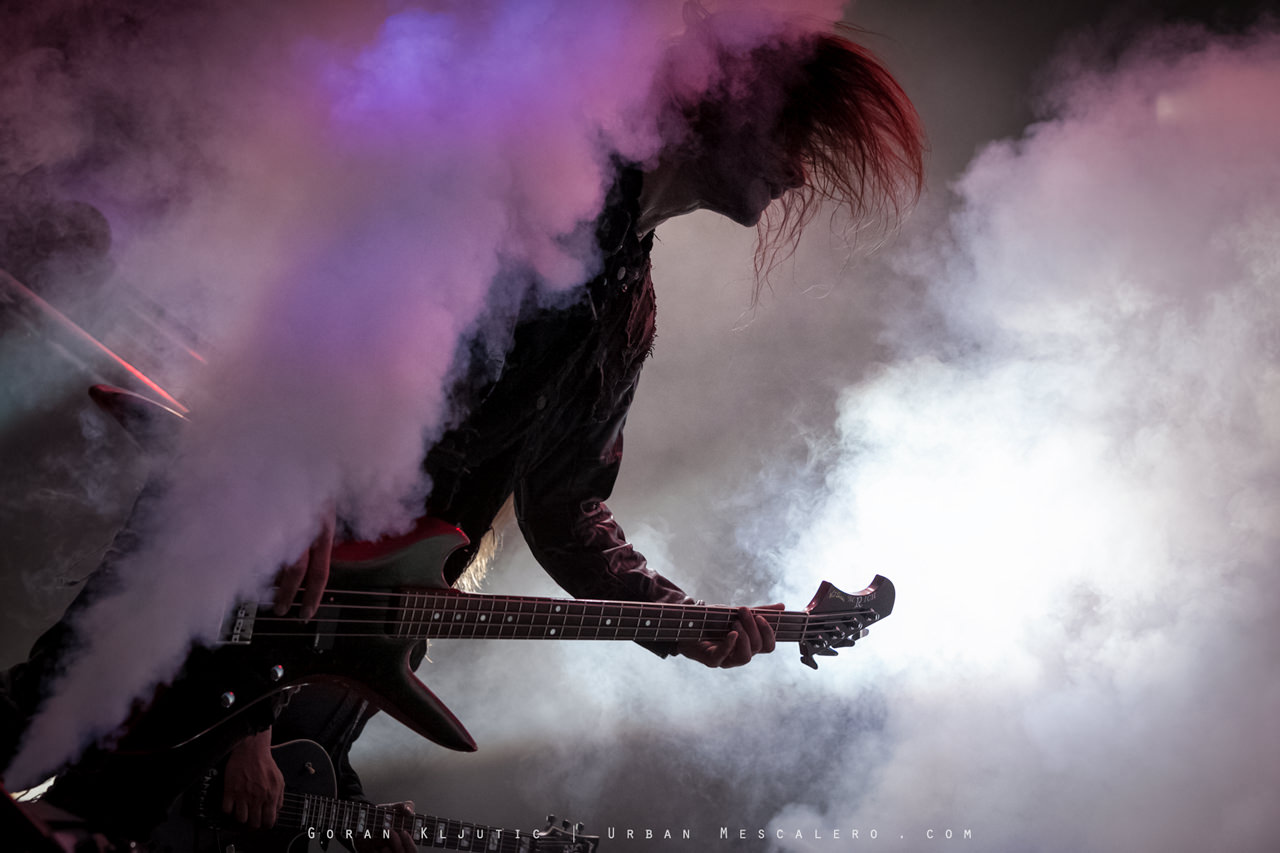 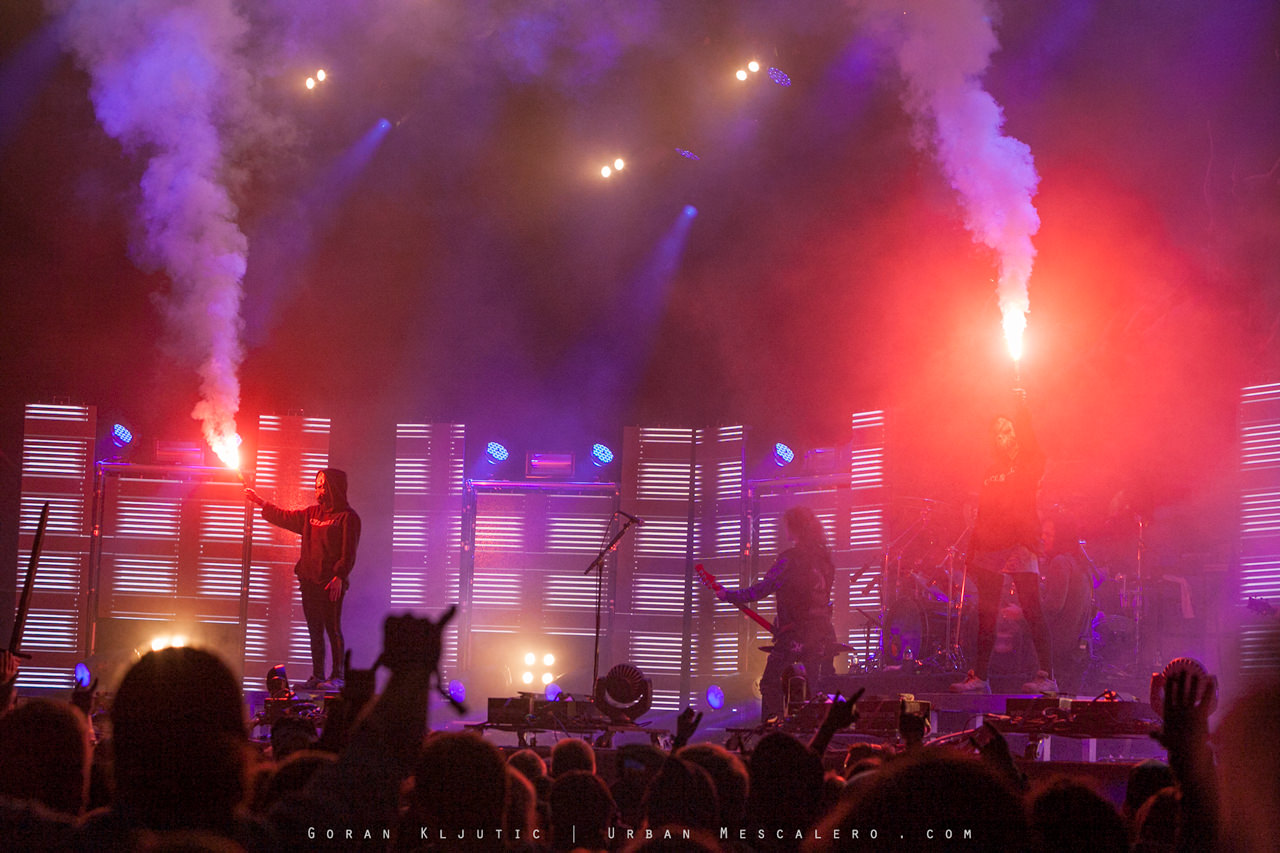 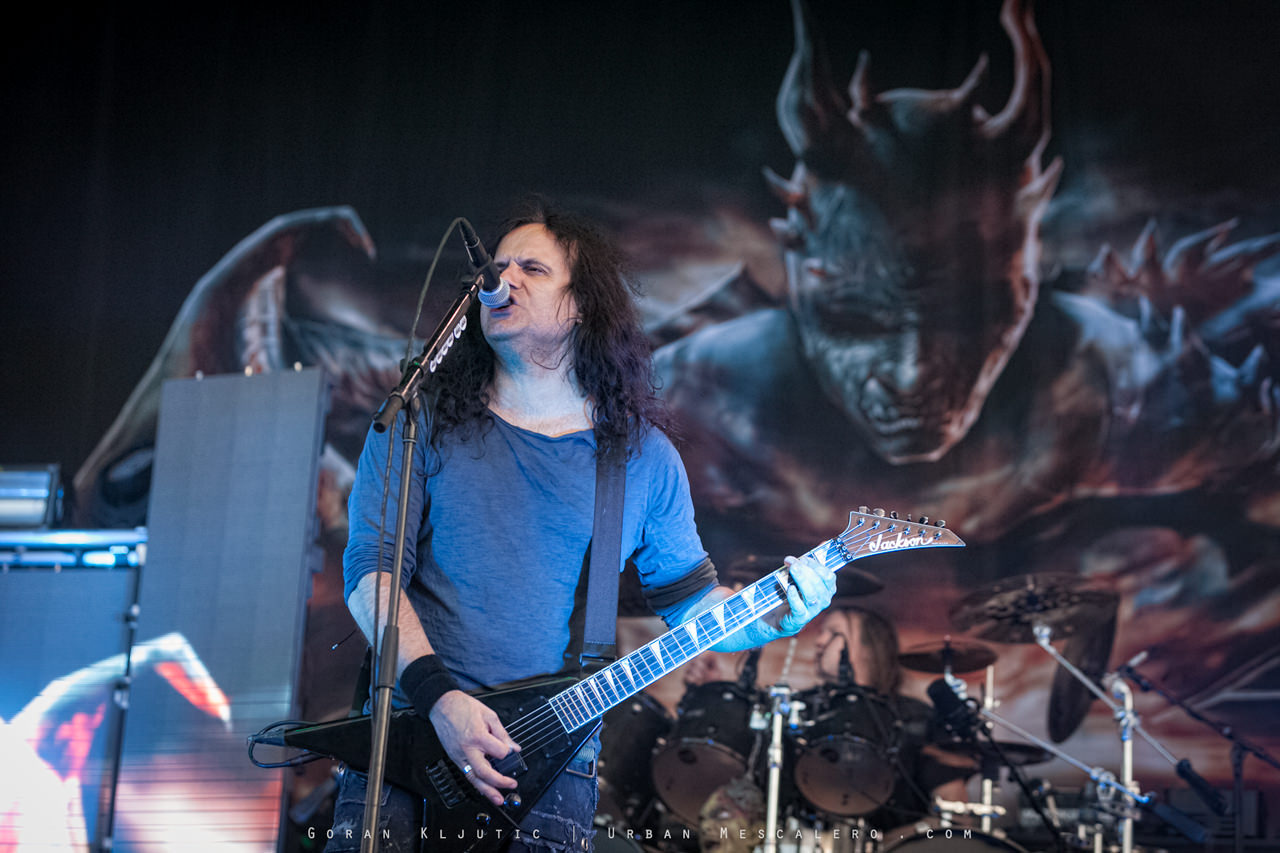 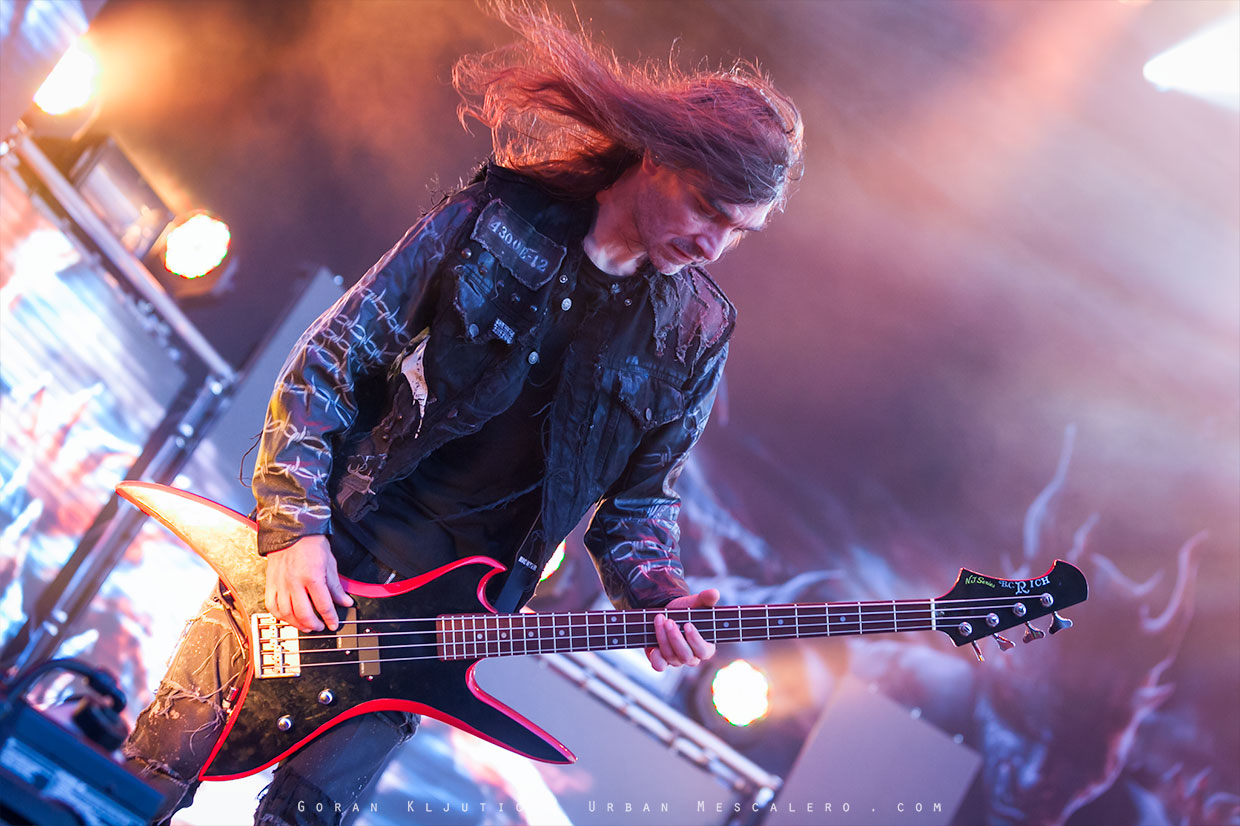 It’s sort of funny to think about the fact that Kreator latest album Phantom Antichrist came out three years ago and that the German thrash metal pioneers are still touring it.

But then again this is one of their fines albums and an album that Milland Petrozza and co. finally got the attention they deserve. The attention they had couple of decades ago.
Since the release of Phantom Antichrist I’ve seen the band play Amager Bio where they seemed to big to fit and at Roskilde Festival where they seemed to be lost at the festival’s biggest stage. Both times they did deliver, but it was this June evening at Copenhell that Kreator not only delivered, but also played the stage that in so many ways seemed perfect for them.

Witnessing their shows since the release of the last album it’s clear that that their stage set-up is getting bigger and bigger, but at the same time it’s becoming more fitting.
Few songs into their Copenhell set it was clear that Kreator are at the top of their game and one glance at faces in the crowd it was just easy to spot the respect all over the line. The band was simply confidence itself.

Closing the regular part of show with “Civilization Collapse” was a perfect fit and opening the encore with “The Patriarch/Violent Revolution” was just as perfect. If would change a single thing about that encore I’d include one of the songs from Phantom Antichrist.

Kreator’s Copenhell show was a massive display of power on just about all levels and walking away from the show I couldn’t figure out if I hoped they visit Copenhagen soon again or if I was hoping for the new album sometime soon. Perhaps both.