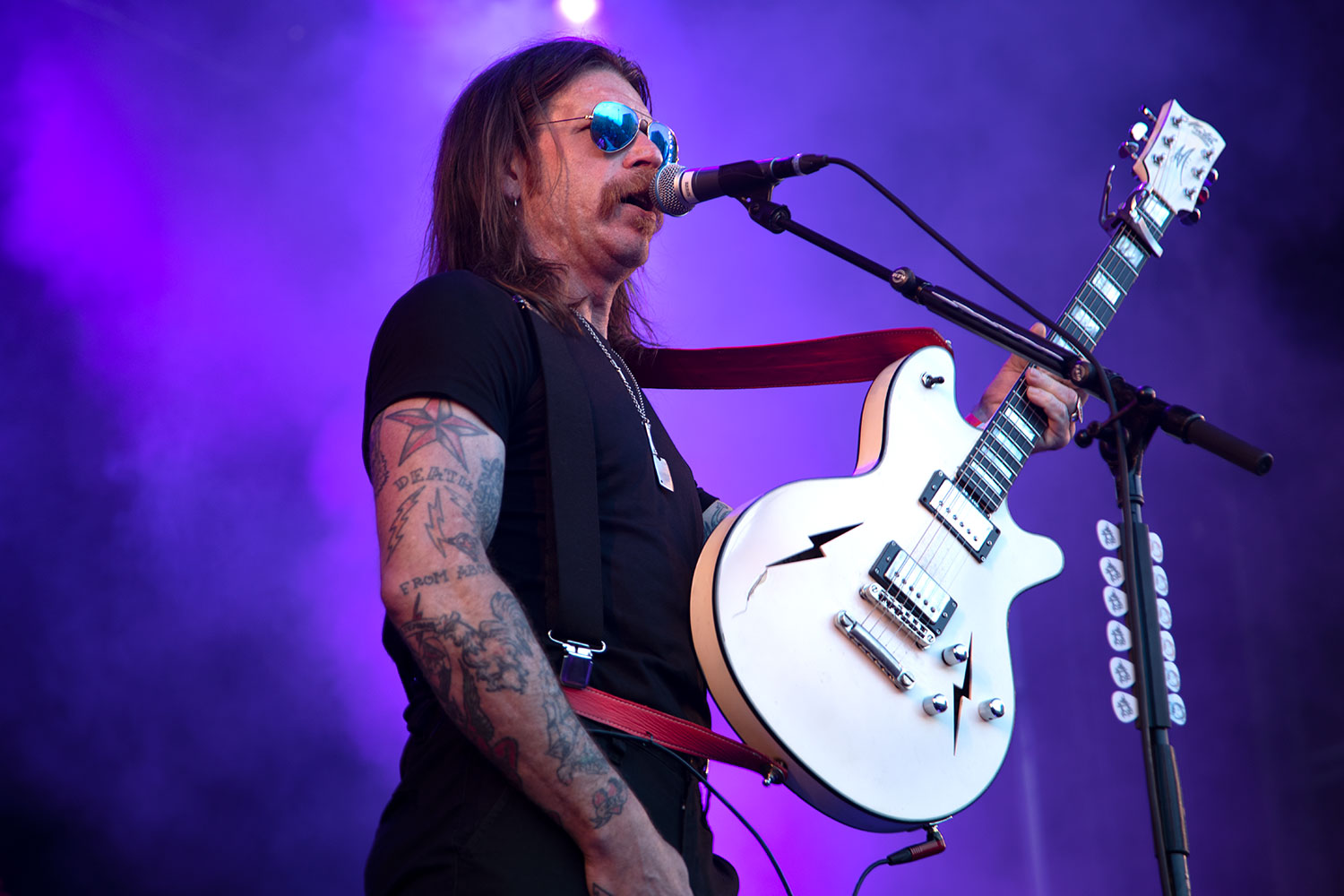 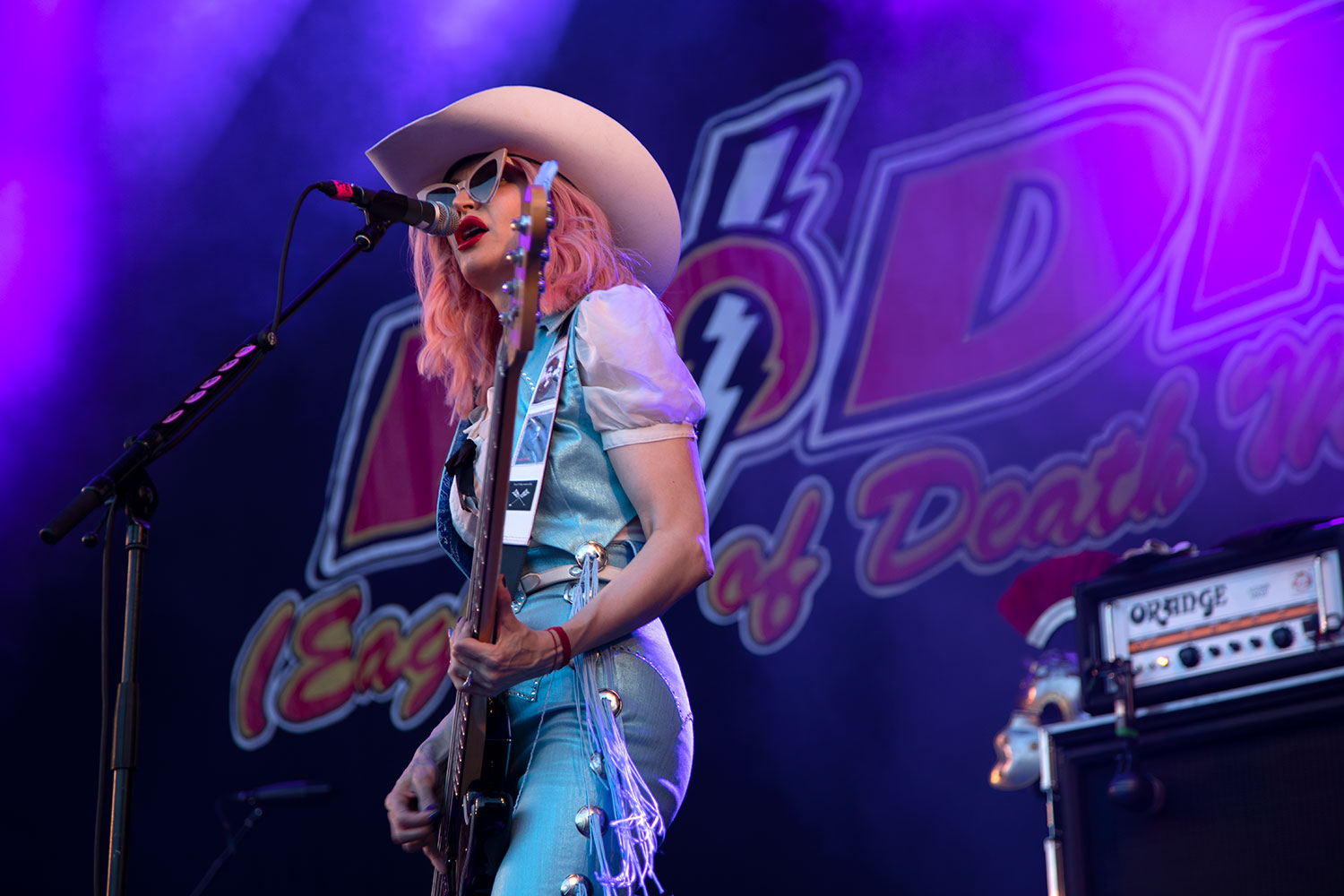 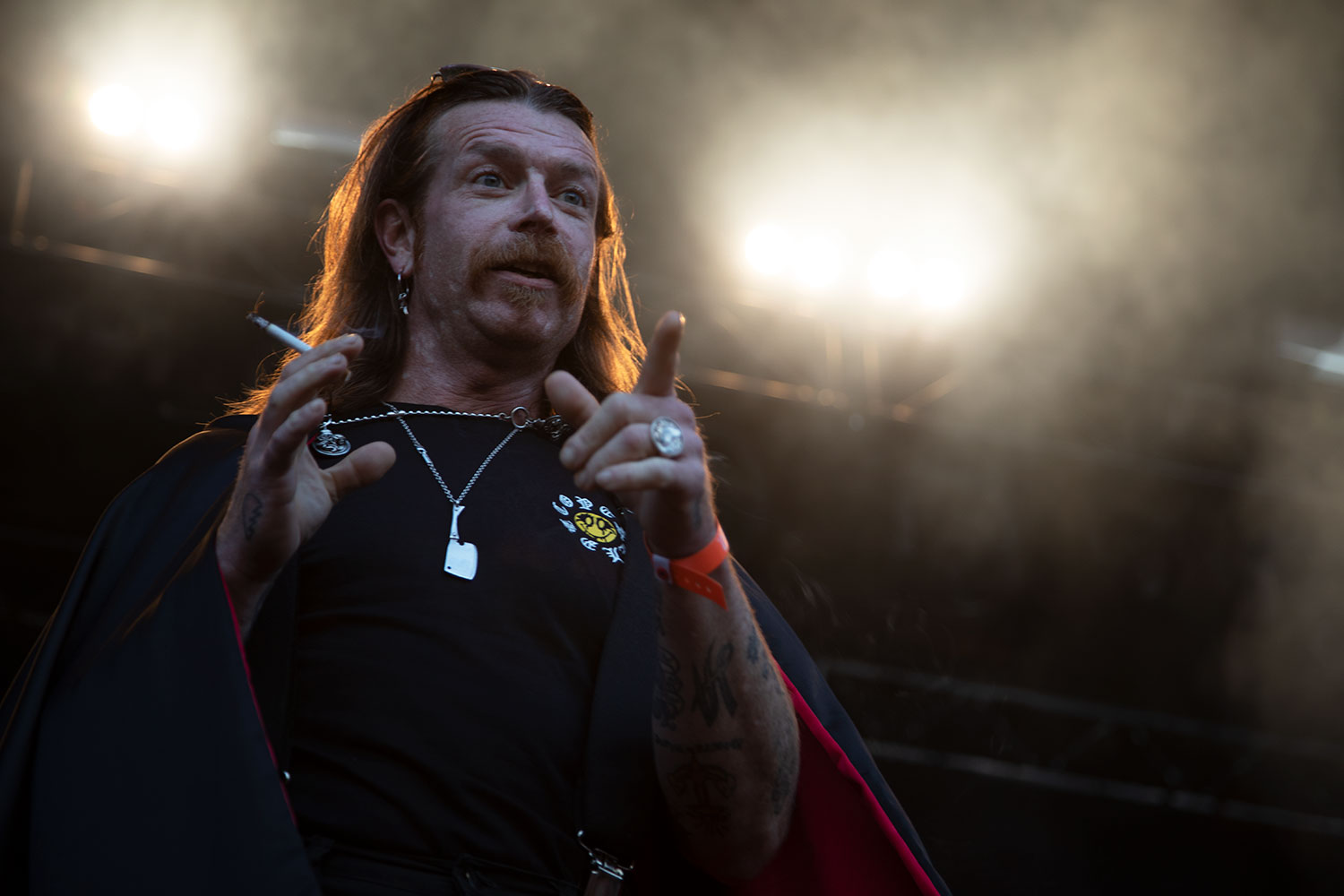 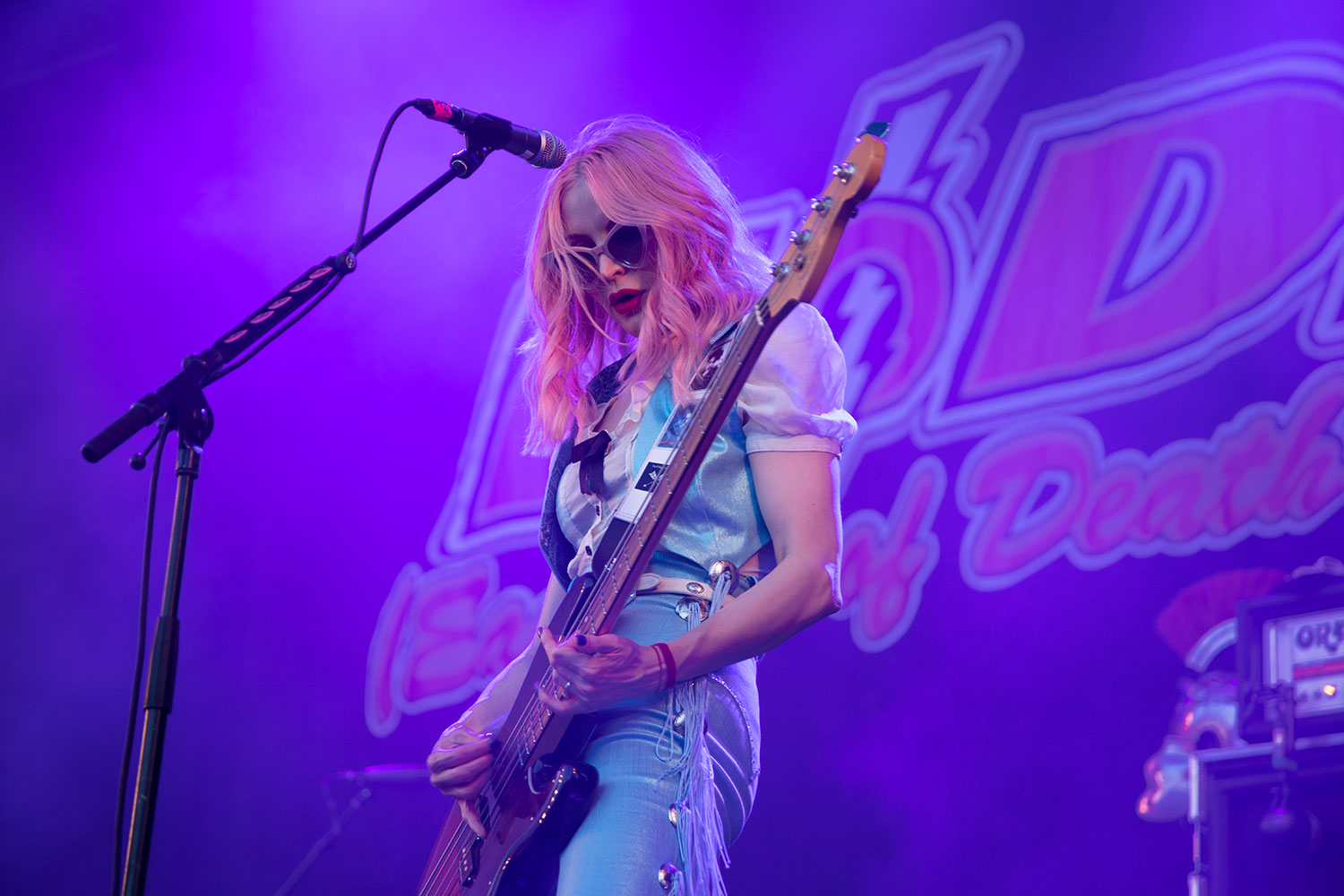 One of the important aspects of Copenhell festival has always been the diversity of lineup and much like last year when the warm-up day was introduced, it offered some truly diverse acts playing one after another. Eagles Of Death Metal might not really seem like a Copenhell-kind of band, but numerous garage rock band have played the festival before, so the Californian band most certainly deserved the chance.

And from the start Jesse Huges and Co. hit off with everything they got. The compelling rock energy was the key ingredient for the entire hour-long show. The bad might not be the tightest playing band out there, but what they might lack on that front, them more than make up in pure enthusiasm and rock and roll attitude.

Huges often comes across as somewhat pretentious nonetheless in the interviews, but last night he was pure energy bomb at times acting bit like a cliché of a rock star, but that combined with tongue-in-the-cheek attitude and some solid desert rock it just worked.

The setlist was well balanced and packed with just about anything you’d want to hear from the band. They’ve even thrown David Bowie’s “Moonage Daydream” and Motörhead’s “Overkill” in there.

After the 2015 massacre at Bataclan, it’s pleasure to see the band not only back at their feet, but perhaps even enjoying it that much more. What a pleasure and a bold statement it is when Huges goes down into the crowd, even at a festival where security measures simply can’t be as strict as they are at venue shows. The expression on his face was that of pure joy and how can that not rub off on the crowd.

Eagles Of Death Metal gave the crowd the warming up and good old rock and roll party they didn’t know they needed.