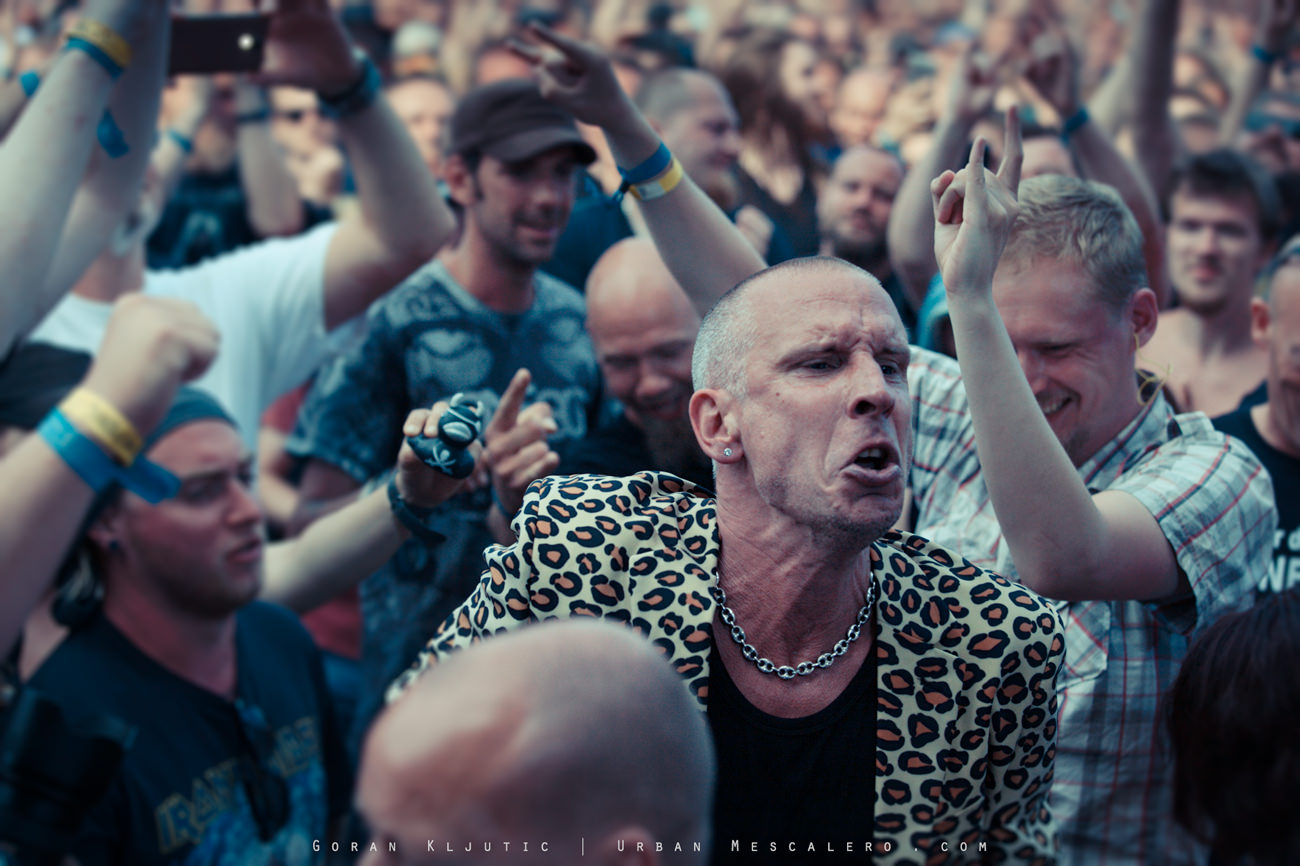 First concert at main stage on the last day of Copenhell was somewhat of a blast from the past. Also on a personal level. First time I’ve seen the band live was shortly after the release of their debut album Deaf Dumb Blind. Date was October 7th 1993 and Clawinger were supporting band for Alice In Chains and at that occasion that (nearly) outplayed the main band.

The instant success of their debut album was followed with another successful electronica-meets-metal-meets-rap-meets-rock album in 1995. Since then things went somewhat downwards and fortunately the plans for re-recording of Deaf Dumb Blind didn’t materialize. Their last studio release was in 2007 and for number of years now the band has been inactive, only playing few gigs a year. That made their Copenhell appearance even more exciting for me.

The 4:30 slot seemed odd, but then again, there are lots of odd aspects to this band.

Decant crowd gathered in front of Helviti as Zak Tell and the gang took the stage. Tell was of course wearing a leopard patterned suit and band’s keyboardist Jocke Skog was from the start more in the front of the stage than the remaining members.

“Prisioners” went over people’s head despite Tell’s efforts while “Zeros & Heroes” did a better job. Looking around in the crowd during “Nigger”, was just as misconceived as it was when it came out. Huge parts of the crowd singing the chorus as loud as they can and whilst tapping each other on the shoulder during the verses and giving each other reassuring that this band is one of their own, because they too use that word when characterizing a big part of Earth’s population. Fail!

Still the action on the stage was far greater than that in the crowd. Shortly after Tell went down in the crowd, running around hugging people at trying to get them to sing. It only worked partly, because not even that could get the crowd going. Vey odd if you think about the simple nature of songs, their rhythms and easy to sing-along choruses.

From then on the band kept doing more and more only to get somewhat of a reaction from the crowd, but they had their work cut out for them. Even jumping in the crowd had to be announced with almost treating gestures, which simply ruined the very core of what this band is (was) all about.

Skog is charming and almost like musically competent snuggly bunny, Tell is someone who you envy and resent, because one moment he’s the prototype of a prick and the other he’s someone you’d like to be. The rest of the band did their part well with especially André Skaug contributing to the likability factor.

“Biggest & the Best” got bit of bigger response from the crowd, but by then it was time to leave the stage only to return for a downer in form “The Price We Pay”. “The Truth” and “Do What I Say” closed the show in a manner that vaguely reminded of what it was like to be at Clawinger show in the 90’s.
Leaving the show at Copenhell I couldn’t help, but think that there is something very symbolic about that “rest in peace” Clawfinger tattoo on Skaug’s leg.