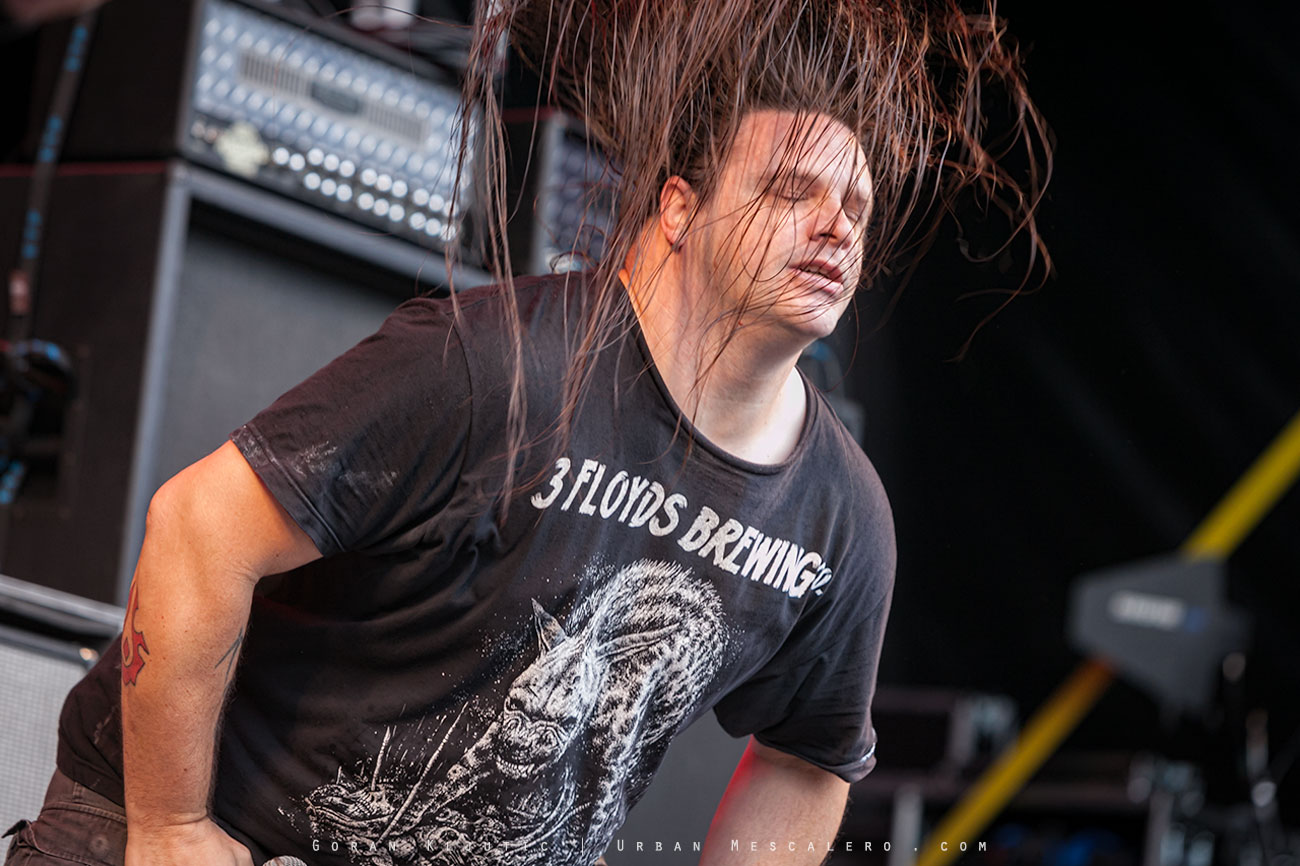 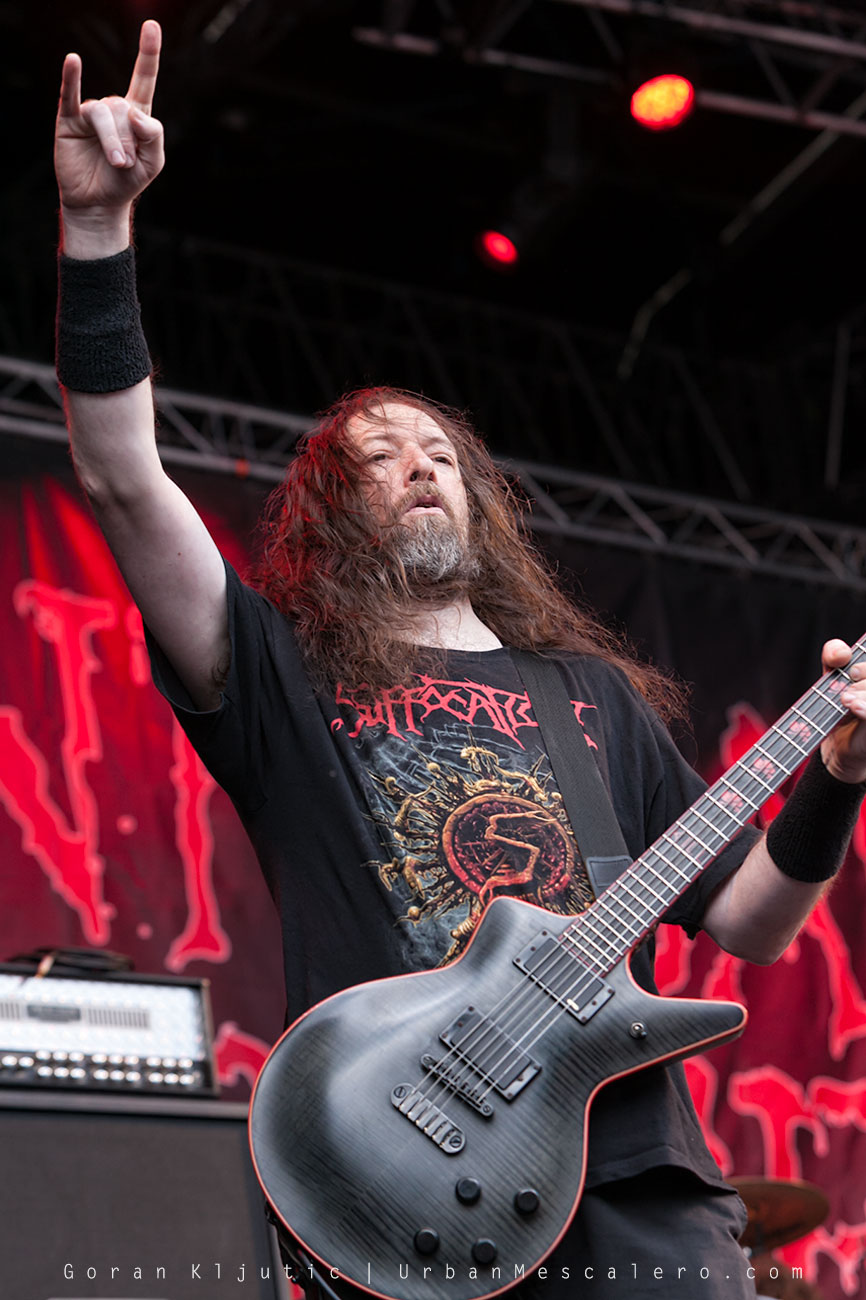 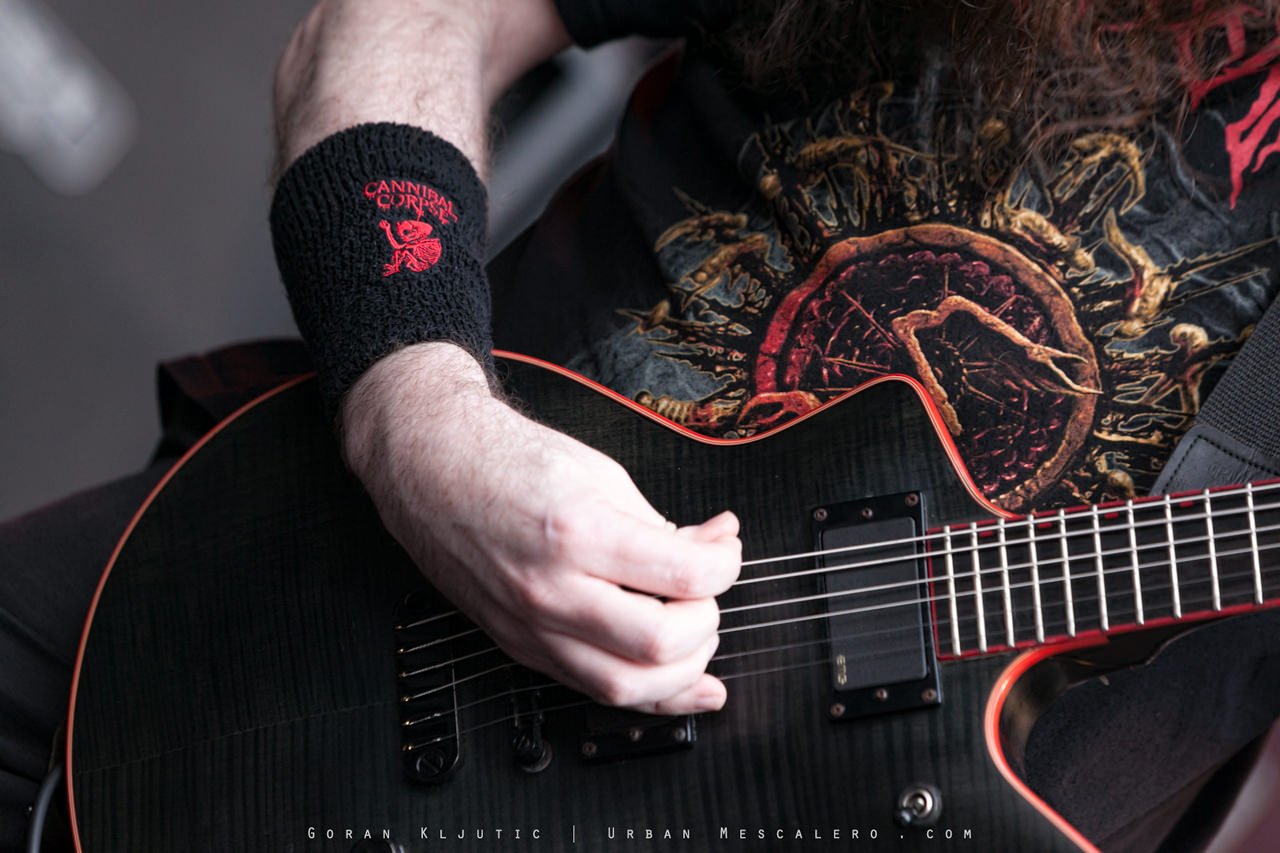 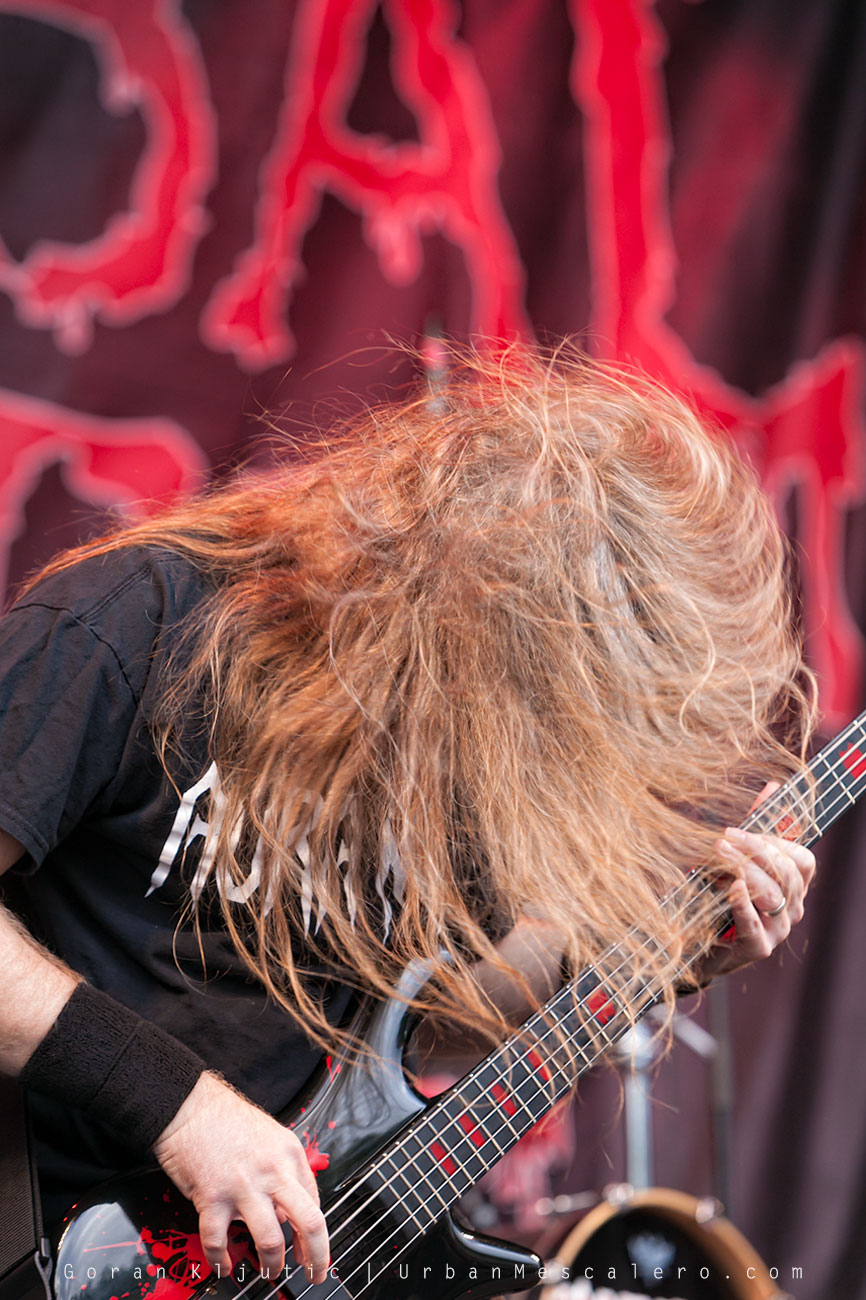 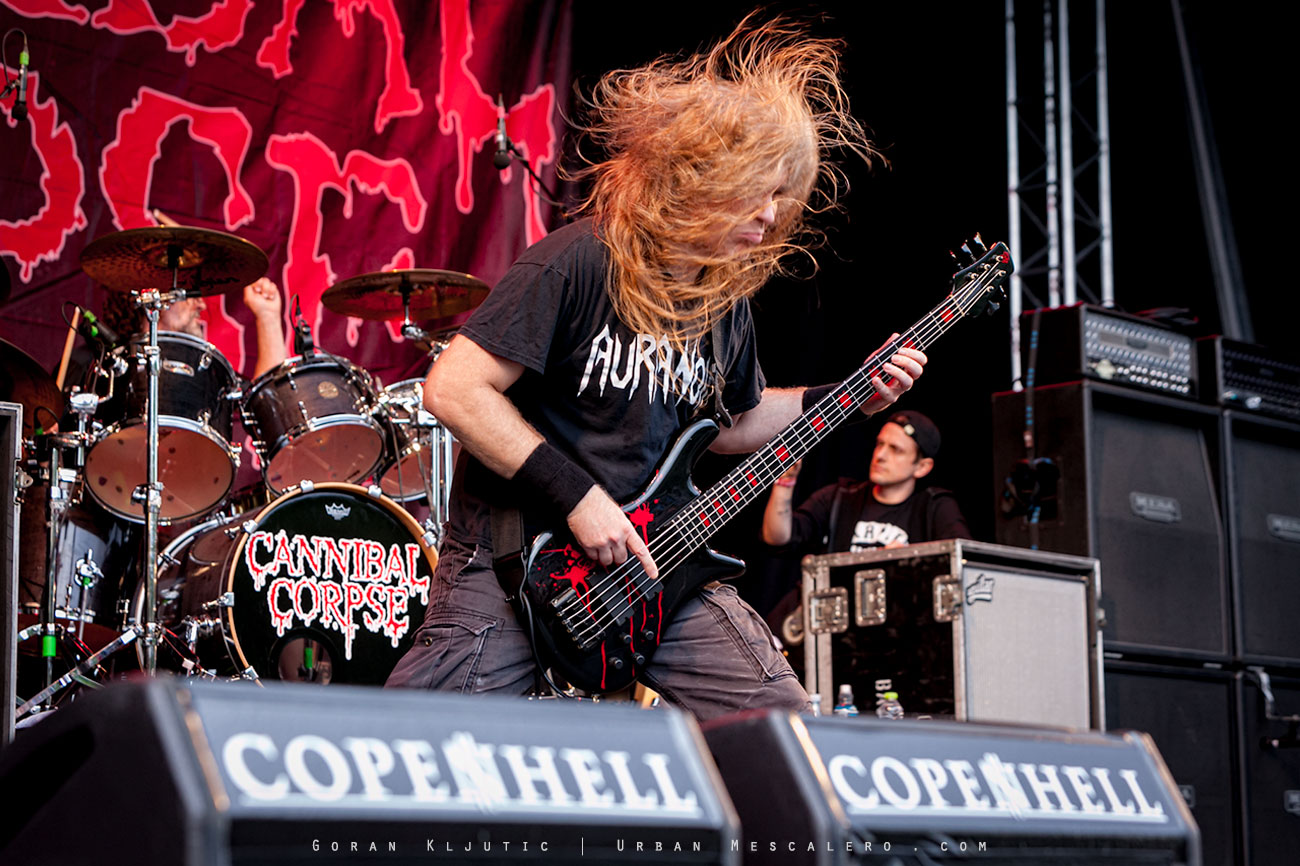 Death Metal legends Cannibal Corpse have been around for close to 30 years, but they don’t show the signs of slowing down, or God forbid of mellowing down. What band did back then, they also do right now. They play some surgically precise death metal and they take their job seriously, but without coming off as too serious or self-important.
There is no much drama about their performance, but it’s in many ways that simple wild energy and brutality as if they were playing for themselves in garage.

I’m not an expert on the genre and I often find George “Corpsegrinder” Fisher’s vocals incomprehensible and at times even amusing, but perhaps that’s just because of the fact that I have hard time connecting with the approach CC and the likes have to playing music.
The extreme nature of it and energy of the performance is undeniable and the band also proved that they are more then capable of delivering slower, churning riffs as well – and all that while not compromising the aggression and the energy of their performance.

The heavy rain and wind, however did affect crowd participation during a significant part of the show as well as affected the sound, which was all over the place, because of the heavy wind.

Cannibal Corpse came and did that they do and they did it well. In different conditions/environment they could have done it even better. That’s just clear as day.