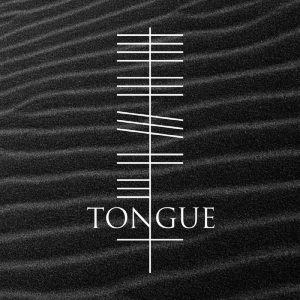 Both Unru and Tongue share several similarities: For one, they are both based in the same town and area of their native Germany; Secondly, they are both playing their own take on the Black Metal genre; Thirdly, they both agreed to donate one song to create this Split, ranging in length between eight and nine minutes; And finally (and probably more coincidental than the previous three), they both consist of four musicians in total.

Musically, however, the bands have taken different routes which have made the end result vary to some degree.

The track performed by Unru is entitled ”Intimhölle/Regression”, and does a fine job in showcasing the powerfully crust-inspired approach that the band has chosen. While it may have a somewhat slow build-up during the first few minutes of the track the tone soon shifts to that of a far faster, heavily distorted sound, At no point during this transition (or anywhere else during the song for that matter) does the music cease to sound both distorted, rusted and down-right dirty, if such a term can be applied to the musical aspects of a track. The introduction of the immensely low and near-incomprehensible growl fits together perfectly with all other instruments to create an impressive, and very punk-like, whole. And from what I have been able to read about the lyrical themes the bands usually prefer to employ (psychoanalysis and other abstract themes), I would argue that Unru is a band to experience, given the chance (at least, based on this one track – I for one am definitely going to delve further down this rabbit hole).

The second part of the Split was generously donated by the band Tongue, and carries the title ”Omega Male”. It is the longer of the two tracks by roughly one minute and consists of a more clean-cut and traditional Black Metal approach, with more emphasis on a melancholic base than sheer aggression – Not that aggression is nowhere to be found on this track, however. The more emotional aspects, however brief they may appear, are subtly present throughout the entire song, carried by the guitar in particular – Which makes is very evident when put to the forefront during a single non-distorted guitar solo at the centre of the track. It fits in perfectly with the rest of the bands performance, however, and immediately continues back into the clear growls of the lead vocalist, bringing the focus back towards a more relentlessly pounding atmosphere.

This track I would recommend for fans of Malevolentia, Regarde Les Hommes Tomber and Au-Dessus.

As opposed to Unru I suspect that Tongue is a band that performs very well when given a chance to unfold during a longer period of time – I would therefore assume that given the chance to listen to several of the bands tracks in a row, it would greatly improve the experience; Not that I by this mean that ”Omega Male” is a bad nor lacking track – Merely that it sounds like ‘more’ so to speak, whereas ”Intimhölle/Regression is a clear-cut track in its own right with a well-defined beginning and end. There is nothing right nor wrong by either approach, it just appeals to different aspects in their fans. And I for one, was greatly impressed by both.