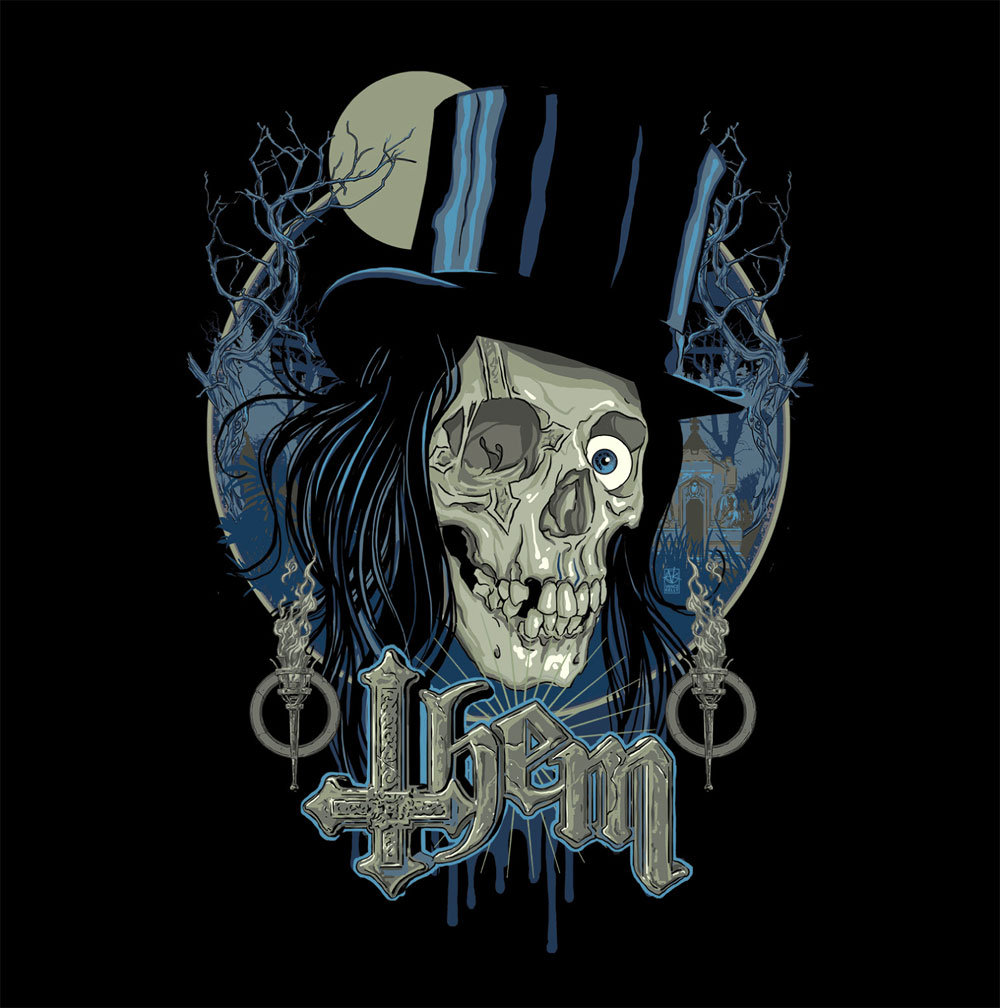 Them is a so-called metal super group from USA. Usually, I’m not the biggest fan of a super groups but this one sure has some potential. Stellar musicians and members of Suffocation, Symphony X, Lanfear, Sylencer and Coldsteel, from around the globe are participating in a creation of this band. As you can see from their career so far, these musicians are coming from a different metal background and wide variety of styles – playing different sub-genres, but united in their love for heavy metal.

Fear Them is a limited edition tour CD, which contains only three tracks, namely: “Forever Burns”, “Dead of Night” and “Blood from Blood”. All three songs taken from their upcoming debut concept album Sweet Hollow. Sweet Hallow, and thus also this particular three-tracker mini-CD, is a macabre tale of tragic loos, pain and suffering, something most individuals are familiar with.

The opening song off Fear Them is “Forever Burns” and it is a fast-paced, mainly riff-driven track, with some furious riffing, speedy drums and diverse vocals ranging from heavy laden to high range almost screamy metal. “Dead of Night” is the second track presented here; being more a mainstream rockish song with nice vibe, opening with a rumbling synth, chugging riffs, chunky chorus and consistant killer vocals once again. “Blood for Blood” is the shortest and closing track of this short release; mainly recognizible for its awesome rhythm section, pounding drums, punishing bass-lines and great guitar work. The vocals are still mature, heavy and solid, although a bit heavier and aggressive then the case was with its two predecessor tracks!

To sum it up a bit further; these three songs from Fear Them demonstrate the different sounds and atmospheres that should be on the full length when it is released later this summer through Empire Records. Fear Them is all I ever expected; theatrical, intense, dramatic, powerful, influential, melodic and heavy… I enjoyed this three-tracker opus very much and I just can’t wait to hear their upcoming 12-tracker full-length release.

Meanwhile, feel free to visit the band at www.facebook.com/thembandofficial