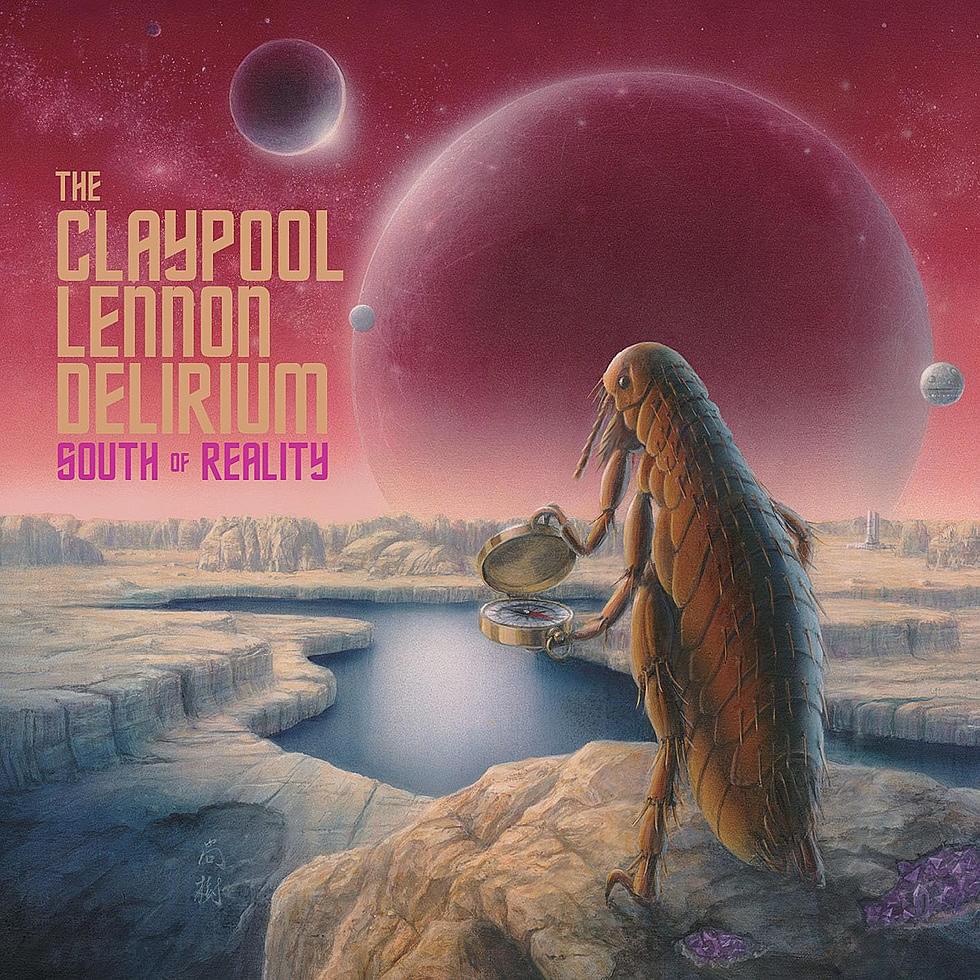 Second full-length release by the (un)likely partnership between Primus’ bassist Les Claypool and guitarist/vocalist Sean Lennon picks up where the 2016 debut left off. This means that we are off to expected unpredictability of wacky union that is The Claypool Lennon Delirium.

Categorizing music in this day and age is a tricky business, and even more so when it comes to the likes of The Claypool Lennon Delirium. One is tempted to label the project as Primus meets John Lennon, but a single spin of band’s debut Monolith of Phobos reveals that this project is so much more.
The in-your-face wackiness of Primus is dialed down and used as spice rather than main ingredient. The Lennon influences are delicate, and The Beatles feel is that of their latter experimental period. The duo also dips into prog elements of Zappa, King Crimson and Pink Floyd. But all that aside one of the biggest takeouts from that debut was that the album’s wackiness was more subtle than one might have expected, and the beauty of the material was all the way in the front. Another important characteristic of the album was the feeling of good chemistry and creative collaboration between the two.

Couple of years later Claypool and Lennon are ready with their sophomore release, which cements the special chemistry between the two. South of Reality comes across as an album created by people who have been playing together for couple of decades rather than couple of years. It also clears any doubt that the debut was one of those one-off super-group releases. Few spins later one can’t help but believe that this band will be releasing music for many years to come.

The creativity on the new album is blooming and material is catchy and filled with hooks that for the most part get your attention right away, but the beauty of the album is that the apparent simplicity is actually achieved, by rather complex arrangements. So, with each new spin you discover something new. The fans of Claypool’s insane slapping bass extravaganza might not get the over-the-top lunacy known from his playing Primus, but there is so much otherworldly bass playing on South of Reality as well. His playing has always embodied rhythmic, as well as melodic aspects at same time and The Claypool Lennon Delirium is not an exception. The style is just bit more laid back in its approach and the overall the emphasis on melody in his playing is even more emphasized.

Lyrically, the band often comes on thin ice, not so much because the lyrics don’t match the elegance and wit of the music and melodies, but more notably because they at times cross to awkward.

These are some experienced gentlemen and it goes without saying that they are extremely skilled, but what impresses the most is their playfulness and bobbling inspiration. Be it the funkiness of the “Blood and Rockets – Movement I, Saga of Jack Parsons – Movement II, Too the Moon”, the heart wrenching beauty of “Amethyst Realm”, the duo delivers with extraordinary conviction.

South of Reality proves that the debut was more than a one-off. It also comes across as a promise of much more music in the future from the delirium that is collaboration between Claypool and Lennon.