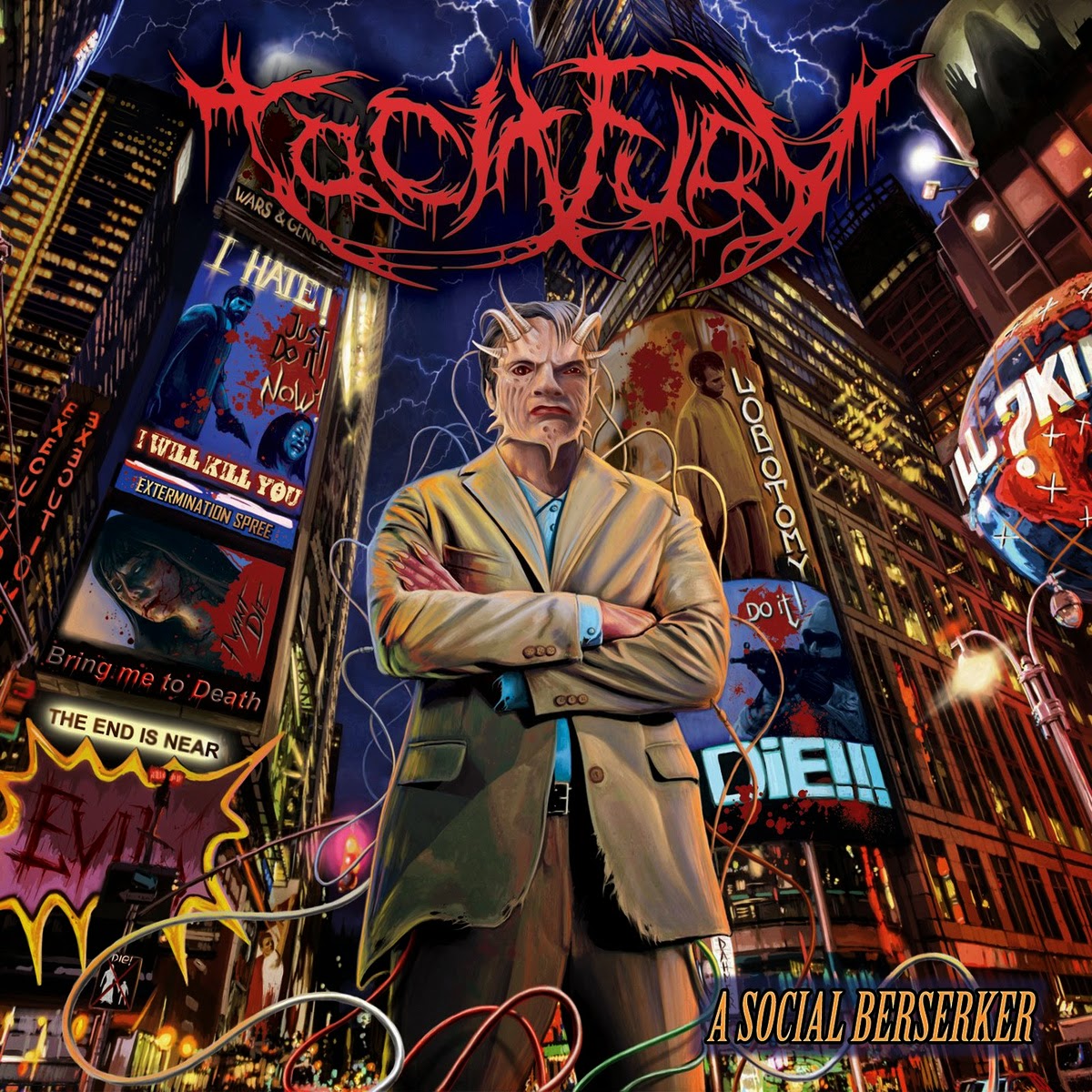 Most Russian bands I’ve heard in the last few years were mainly playing doom, pagan and gothic metal. Tacit Fury is different in a sense that they are playing a groovy and brutal death metal. The band is formed in 2010 and A Social Berserker is already their second release, a follow-up to the highly aclaimed 2012 debut EP entitled Horrors From Depth.

Like its predecessor, A Social Berserker also received predominantly a positive feedback, and after listening to it for a couple of days now, I understand why. The band is showing no signs of slowing down on this latest 11-tracker album.

Thus, their music is diverse and quite different from your usual death metal acts. It has this masive and stomping groove, top-class solos, admirable intense drumming and enjoyable growling vocals accompanied by vulgar lyrical content. At the end of this fast and brutal record the band breaks completely out of their comfort zone, delivering their cover of Metallica’s “Creeping Death”.

The only minus is this rather cartoonish cover and not a perfect production, but I guess it is still a part of their image, being a brutal death/thrash act from Russia?! All in all, having in mind that these guys supposedly started out as a symphonic & doom metal band, A Social Berserker is a killer death metal release. This is a death metal you’d like to party to.

You can catch these three Russians up at their official website www.tacitfury.net