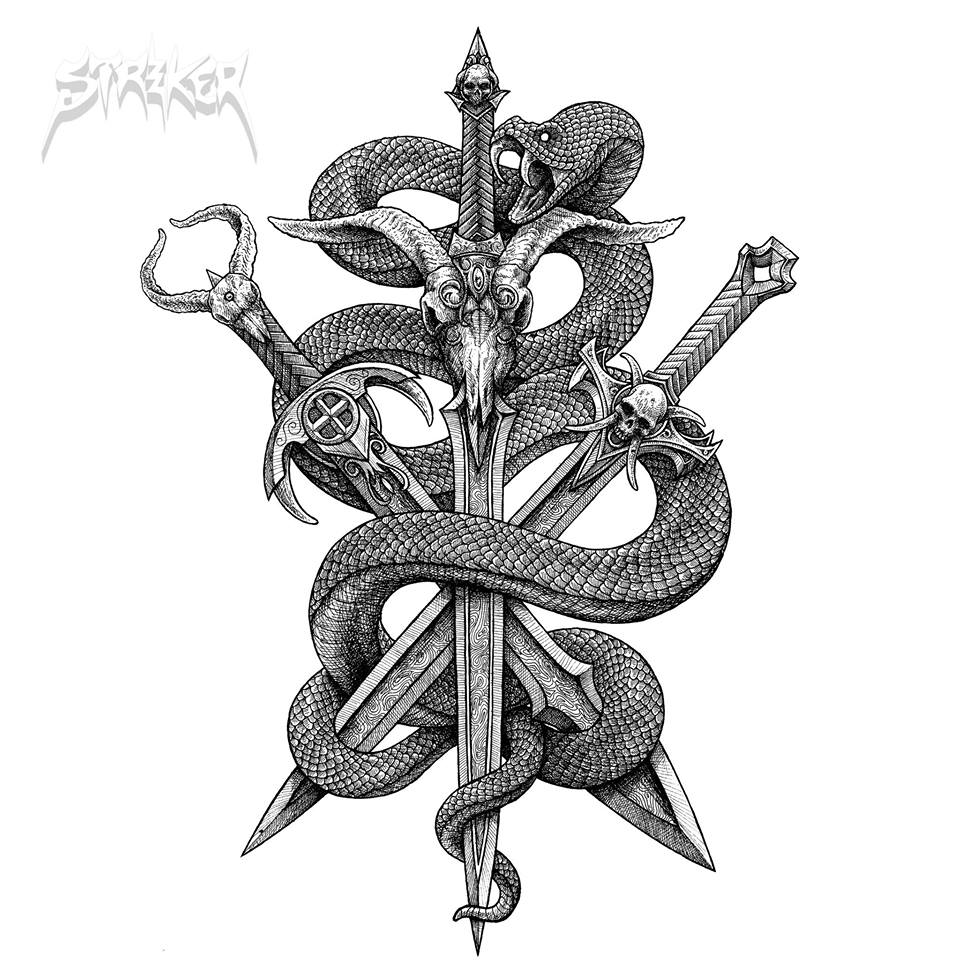 Canadian-based Heavy Metal quartet Striker is one of those bands that seem to show up out of nowhere with a ridiculous amount of energy and ambition and talent to boot. Since their inception ten years ago they have managed to produce and release one Demo, two Singles, one EP and five Full-length releases. On top of that, they seem to be focusing on the lighter side of the genre, adding several Power Metal influences into their music as well as having lyrical themes about such well-known and beloved themes such as Metal music, beer and your impending death. Add to that the backdrop that is the simple, catchy and very time-honoured sound of classical Heavy Metal (spiced with the near-epic rhythms, melodies and high-flying vocals that has made the Power Metal genre both famous and notorious) and you have the album that is simply entitled Striker (not their debut album – In fact, it is their newest creation). Striker is, if you crunch down the numbers (something that I love doing), a ten track long album consisting of approximately forty minutes of very upbeat, encouraging and downright contagious and catchy tunes, that I could easily see myself spinning on the record player in several social interventions (albeit truth be told, many of them would probably still involve imbibing alcohol). As far as I have been able to tell, Striker as a band has done little to nothing in order to carve out their own unique brand or reinvent the wheel – Instead, they have focused solely upon what they like to do and play, and honed their skills within this particular genre (thereby managing to form their own sound, something that I have always admired). The end result is a band that I, truth be told, do not see headlining many festivals around the world. Instead, however, I am sure that they will end up as one of those party bands that everyone know and love and will always go to see given then chance, simply due to the good, catchy tunes and the wonderful atmosphere that comes with it. The first single from Striker, ”Born to Lose” (can be found below) showcases this particularly well, showing off both the talent of the band, their high spirits and love for their craft as well as no small amount of humour. And, truth be told, there is something about bands that have a speck of self-irony. Just remember, not all great bands are the ones found at the top of the poster. Recommended for fans of Pretty Maids and Dio.