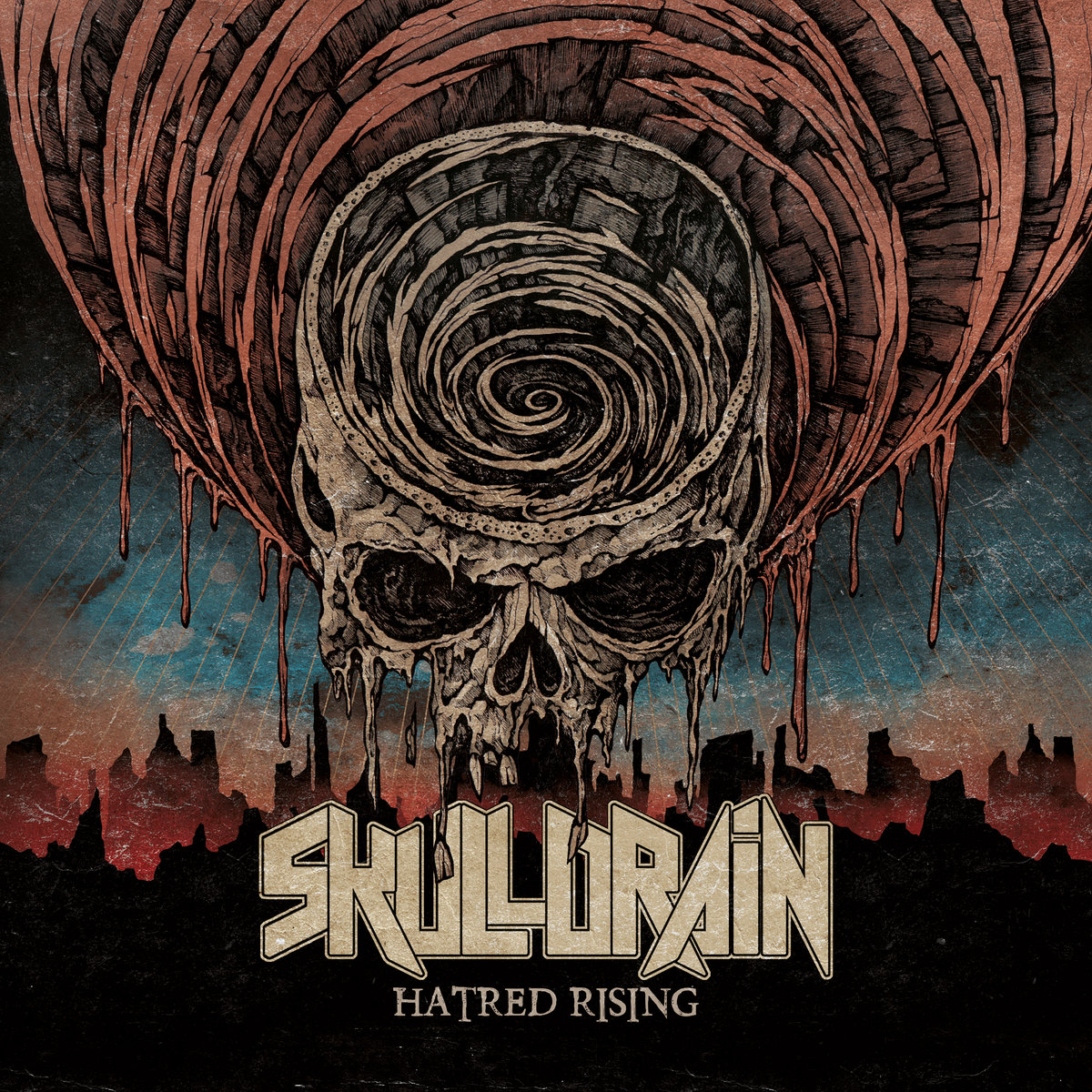 Three musicians hailing from the easternmost part of Sweden banded together three years ago and decided to make music. The moniker they chose to represent them in the world is Skulldrain, and the music is best described as a Thrash Metal framework with a Death Metal influenced vocalist (not that we are talking traditional growling, more of a… Deep gravelling approach). This approach is not at all unheard of, nor does Skulldrain come off as considerably original; But then again, Hatred Rising is, after all, their debut album. Throughout the thirty-some minutes divided across the nine tracks on this record, Skulldrain demonstrates their ability to create very good, very powerful Thrash Metal, reminiscent of bands such as Overkill and Sodom – Just lacking their momentum and personal sound. This is hardly surprising; The two bands that I am comparing Skulldrain to have been around to decades and have had a huge impact on shaping the Thrash Metal genre as a whole into what it is today. Skulldrain have been around for three years so far and, despite their great talent with their instruments, they have yet to make the same huge impact through their music. On top of that, I am having a hard time finding anythingto make Hatred Rising stand out as a release; It just blends in with all of the many other Thrash Metal releases out there. I believe to have said this quite a few times before, but this is both a blessing and a curse. A blessing, because it ensures that almost all Thrash Metal fans will be able to like it, since it resembles and sounds like something they already know and are familiar with. A curse, since it will be hard for people to pinpoint them as a band, and it might therefore be hard for them to build up a loyal fanbase. Nevertheless, Skulldrain consists of very talented and apparently very dedicated musicians, and overall they know what they are doing. I doubt that we have heard the last of them (or tracks such as ”White Phosphorous Bombings”), and I am sure that once they find a sound all their own, they will be quite the powerhouse. After all, Hatred Rising is an excellent start of a musical career.

Recommended for fans of Overkill, Sodom, Kreator and Tankard.