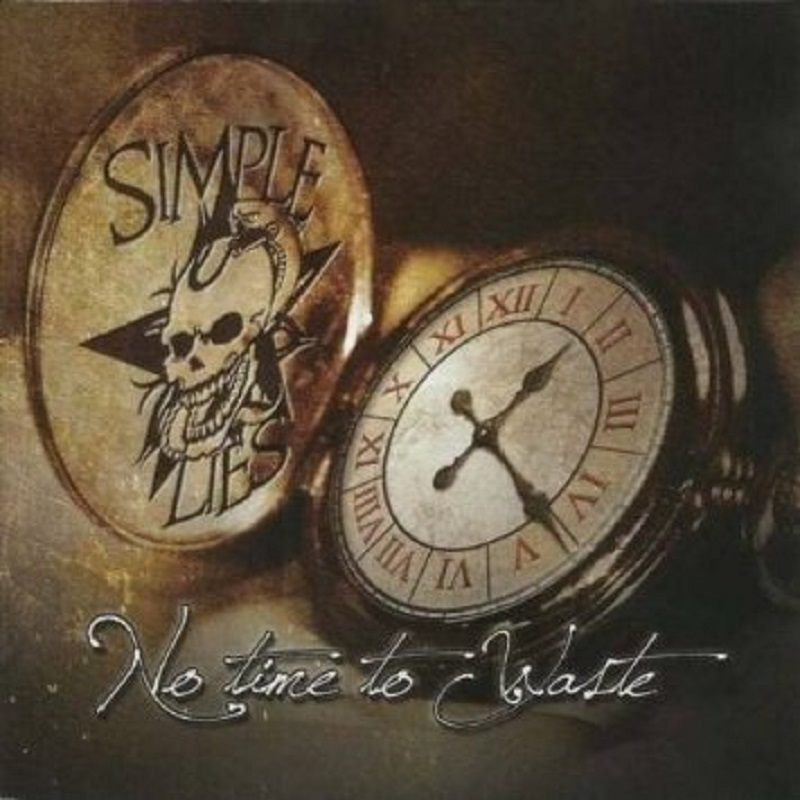 No Time to Waste is the first ever record produced and released by Italian Hard Rockers Simple Lies. It contains eleven tracks (counting the intro and a single interlude) and has a running time barely ducking under forty minutes. There, that was the short, objective version. But what does it sound like when these five musicians have at it? Seeing as this is their first release, the band uses No Time to Waste to establish what their own sound should sound like (obviously). In this case, Simple Lies seem to have chosen a very traditional approach to Hard Rock: Socially relevant lyrics revolving around being yourself and being free, accompanied by simple, yet catchy guitar riffs and delivered by powerful vocals (with the occasional scream thrown in). Musically Simple Lies gives me exactly what I expect from a Hard Rock act: Simple, catchy and with an overall energetic feel. So far, so good. Their strict adherence to the traditions of Hard Rock is both their strength and their weakness, however. While it is a very good album, No Time to Waste fails to deliver anything purely unique or exceptionally memorable, which prevents it from standing out in the crowd. Do not misunderstand me, tracks such as ”Here in this Nightmare” are very good and definitely worth listening to – It is just not a track that stays with me after the record stops spinning. I neither can nor will claim that Simple Lies is a bad band, however (since they are very accomplished musicians); Instead, i hope to see some more memorable tracks on future releases. And I am very sure that there will be plenty, since the band members themselves seem quite dedicated. And in order to prove my point: Below you will find the song ”1 2 3 Fear!”, complete with music video. It should show off the talents and interest of the band nicely.