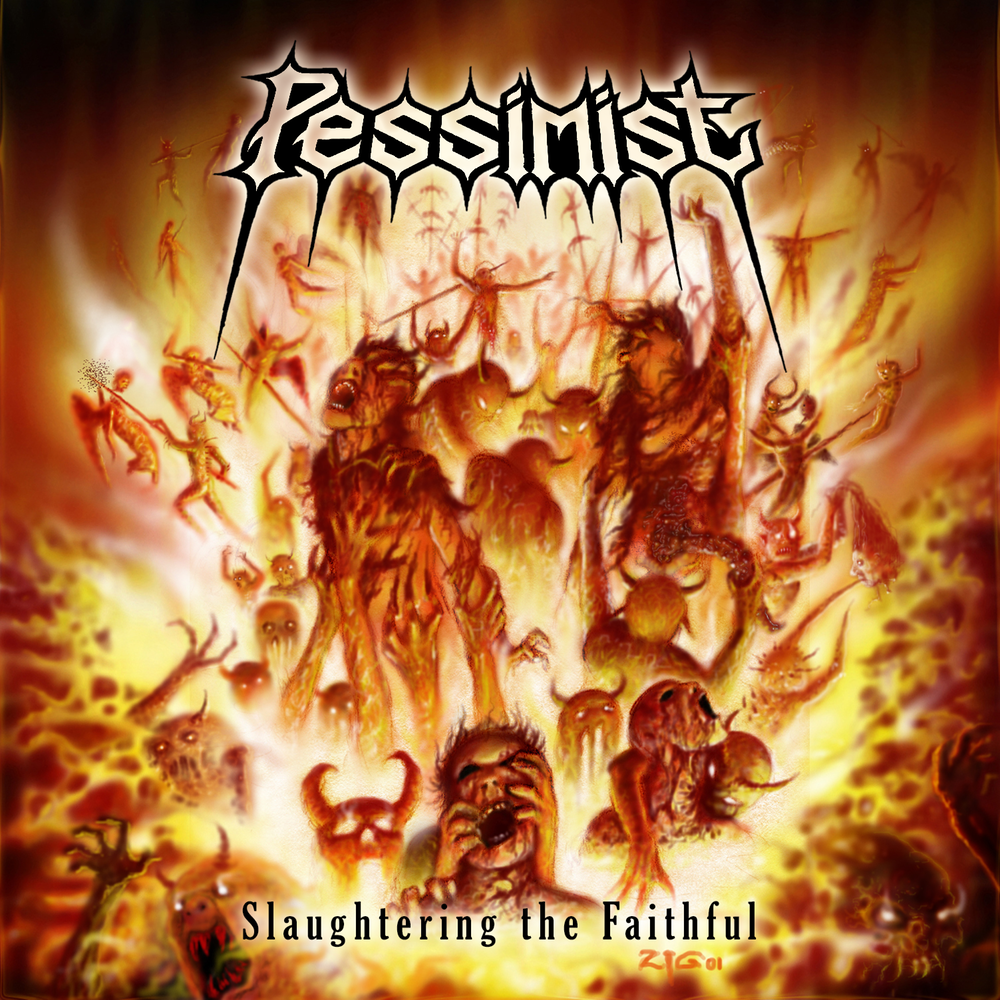 As you can no doubt ascertain from the two lines above, Slaughtering the Faithful is a re-release of the classical third full-length release of American Death Metal act Pessimist. And as such, I went in to the experience expecting little new, except perhaps a cleaned up sound and perhaps a new vocal track. And I was proven wrong on both accounts. As far as I can tell, every single one of the original nine tracks are exactly the way they were on the original record (without having actual access to verify it, I had to resort to YouTube). What is new (in relative terms, however), is the addition of ”Summoned to Suffer”, which was released as a Demo in the year 2000, as well as a live session version of this one, as well as four other tracks which originates from Slaughtering the Faithful. And seeing as how I am a huge fan of live versions of tracks (the only real way to truly enjoy a bands full mastery), this obviously tickled my fancy.

Having the format and consisting of the tracks that it does gives me the impression that this re-release is mostly aimed at long-time fans of Pessimist (after all, for the first half the record is identical to the 1993 release), spiced up with a few new additions in order to make it more appealing. And for me, it has worked (in no part due to the live versions present on this particular release). That being said, it is still well worth picking up for Death Metal fans who have never heard of this particular quartet. After all, Pessimist never disappoints, especially not after a grand total of twenty-two years worth of experience within the musical industry., as ”Infernal Abyss” definitely proves.