The Golden Grass – Coming Back Again 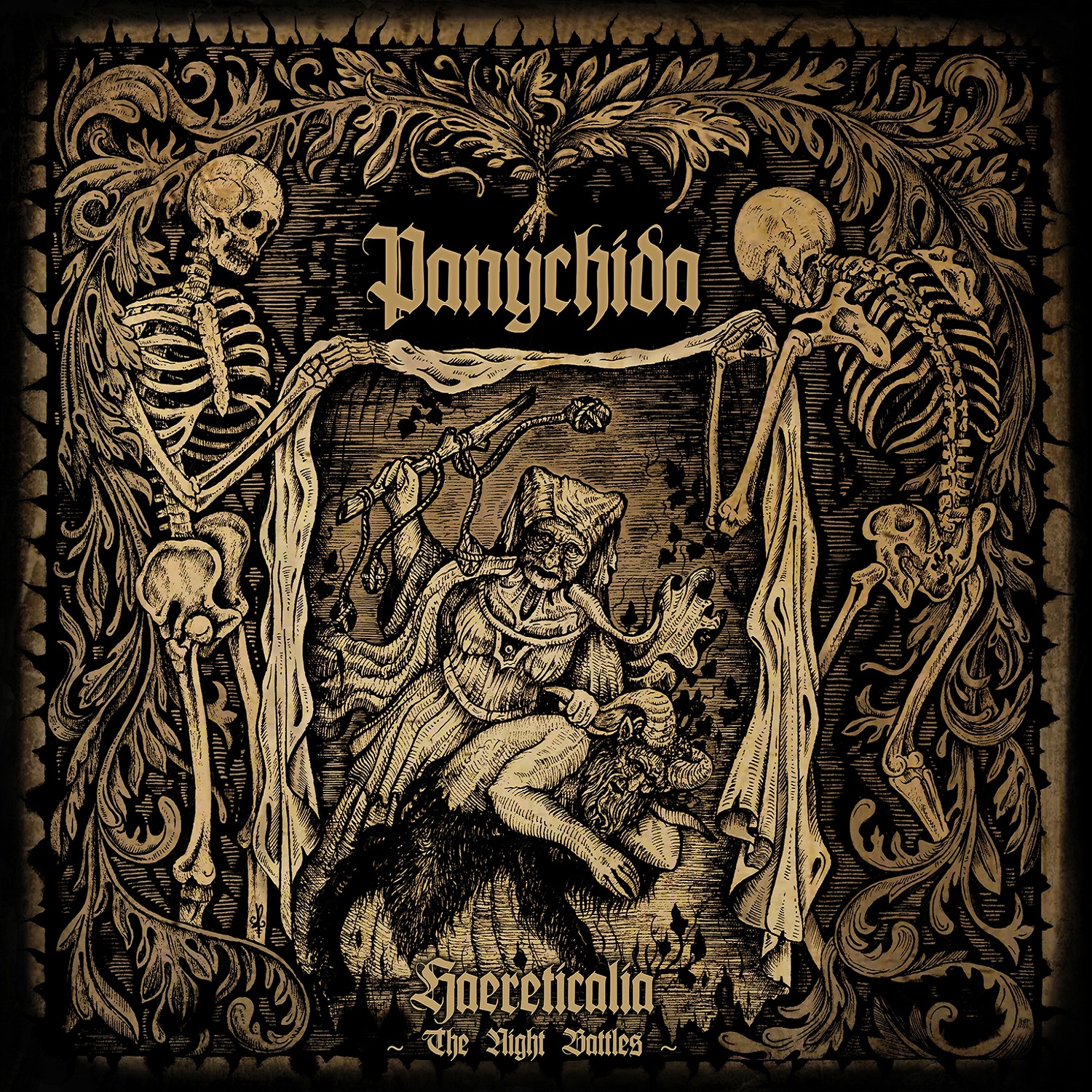 Today the newest full-length release from Czech quintet Panychida hits the stores, and I must admit that it is an album that I have been looking forward to since the release of their prevous album, Grief for an Idol. Their most recent creation carries the name Haereticalia, and it, I must admit, not quite what I had expected. Make no mistake, it is still a Panychida creation through and through; They have just taken a somewhat different angle and approach to their music than they did the last time. Where Grief for an Idol was a primarily Black Metal release, Haereticalia has taken on a more Heavy Metal-like feel, yet still retaining enough of the bands principles and sounds from their past in order to still be recognizable and comparable to their previous work. Overall, the main difference can be argued is that this album is less distorted, less aggressive and instead considerably more melodic and theatrical. This goes very well hand in hand with the lyrical elements that Panychida has chosen to focus on this time around: The medieval legends of central Europe, in particular those involving witches, werewolves and, most noticeably, the legend of the Benandanti cult in Italy (which I must admit that I feel compelled to study more intensely after listening to Haereticalia). In order to further emphasize the new direction that Panychida has chosen to take, they have also cranked up the more orchestral elements, giving it an almost symphonic feel at times. This is supported even further by what appears to be a movie quote on the track ”Josafat (The Gathering” (albeit I could be mistaken; I was unable to verify this part). All in all, Haereticalia is a very decent album, one that the record label themselves has classified as a ‘Blackened Heavy Metal’ release. While I am not entirely sure that I agree with this definition, it does give a good baseline as to what the record has to offer, and I am sure that it most definitely will appeal to many Heavy Metal fans. And, as an added bonus, Panychida has included two of their previous tracks on this album in live versions (most noticeably the tracks ”Alatyri” and ”Three Pillars”), which I always find to be a pleasant surprise.