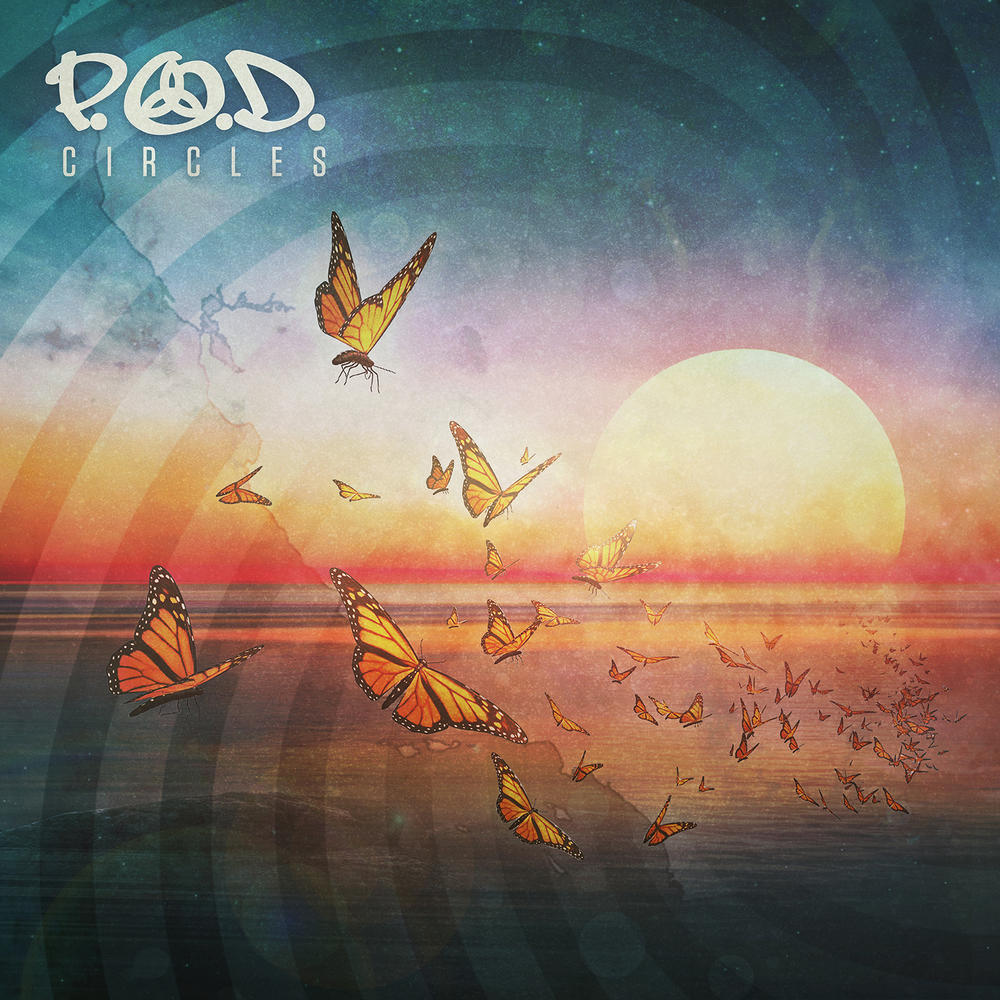 For some reason, it doesn’t seem like P.O.D. have been around for more than a quarter of a century, but never the less that is the case and Circles marks their tenth album. The new album is produced and number of songs were co-written by the hip Los Angeles production duo of The Heavy.

The album still leans all the know ingredients of P.O.D. music. So, the diversity and influences of rap, nu metal, reggae etc., come as no surprise. Overall at the album is bit more accessible then some of band’s previous album – nonetheless their earlier work.

The album opens in a typical P.O.D. matter, with catchy mid-tempo “Rockin’ With the Best” which might be tribute to Beastie Boys, but its chorus is lifted right off Moby’s “Bodyrock”.

Elsewhere the album shifts away from catchy rock, but overall it’s safe smooth and sailing. Songs are often quite well put together, but they lack energy and uncalculated feel. The different influences have always been a part of band’s music, but that doesn’t mean that they always make it work. Reggae song with rock drum sound is generally hard to pull off and unfortunately for P.O.D. they didn’t rise to the occasion and the result is faint and unbalanced “Fly Away”.

There is an odd feel to this album because in a way song-writing and overall approach are very calculated, but on the other hand P.O.D. also have way of coming across as genuine. This is mostly due to the Sonny Sandoval’s performance and ability to deliver the lyrics, that despite often being banal, still do have certain scrupulousness about them.

On few occasions the band manages to hit the nail right on the head. These are, however, few and far between. “Dreaming” and “Home” are couple of such songs, where just about everything works well.

Craftsmanship on Circles is very solid and despite some genuine feel and diversity, the album lacks rawness and excitement. On the other hand, the band did achieve what they were set to do, which is an album that moves slightly forward to the more accessible, while still staying true to most of P.O.D.’s trademarks. Mission accomplished. It’s just hard to be excited about the result.