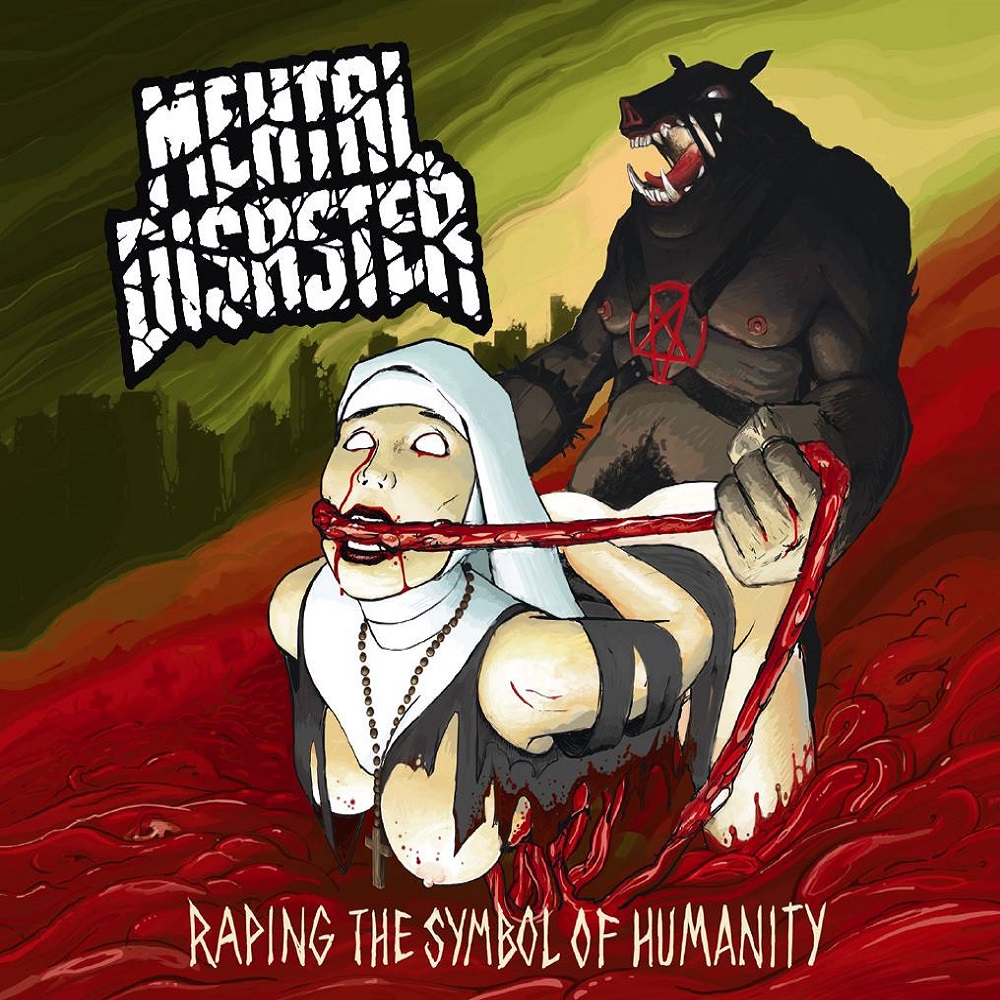 Mental Disaster is a Norwegian four-piece, one that has specialized in a Death and Thrash Metal mix. Perhaps not overly common, but still not unheard of. Their second full-length release, Raping the Symbol of Humanity seems to be heavily influenced by Deicide in particular (which is definitely not a bad thing) as a stepping stone to add several thrashy elements to (such as more distorted guitars, drums that never cease and forced chords from the guitars), yet they have managed to keep the overall feel of the album from becoming too chaotic. As a matter of fact, they seem to have been putting a lot of focus into keeping the album relentless, organised and coherent, yet still very aggressive (which their own style of sound portrays quite expertly). On the plus side, this means that Raping the Symbol of Humanity starts straight off the bat and does not stop nor slow down for the entire length of the record. On the down side, this is achieved by making the tracks short, efficient and powerful (averaging just above three minutes in average), which causes the album to have a running total around roughly thirty-some minutes. Fair is to be fair, though: Even though I would have preferred that the record was longer, the thirty explosive minutes that are present are both catchy and very enjoyable (particularly if you are partial to Deicide, as I am to some extent). ”Postapocalyptic Bumfight”, the longest track on the album particularly caught my fancy, as it really allows the band to show what they are capable of. Sadly, I could not find it online, so please find enclosed the title track instead, which is also quite a release. But in order to sum up, Mental Disaster is definitely a band that I will be keeping my eyes on in the near future.