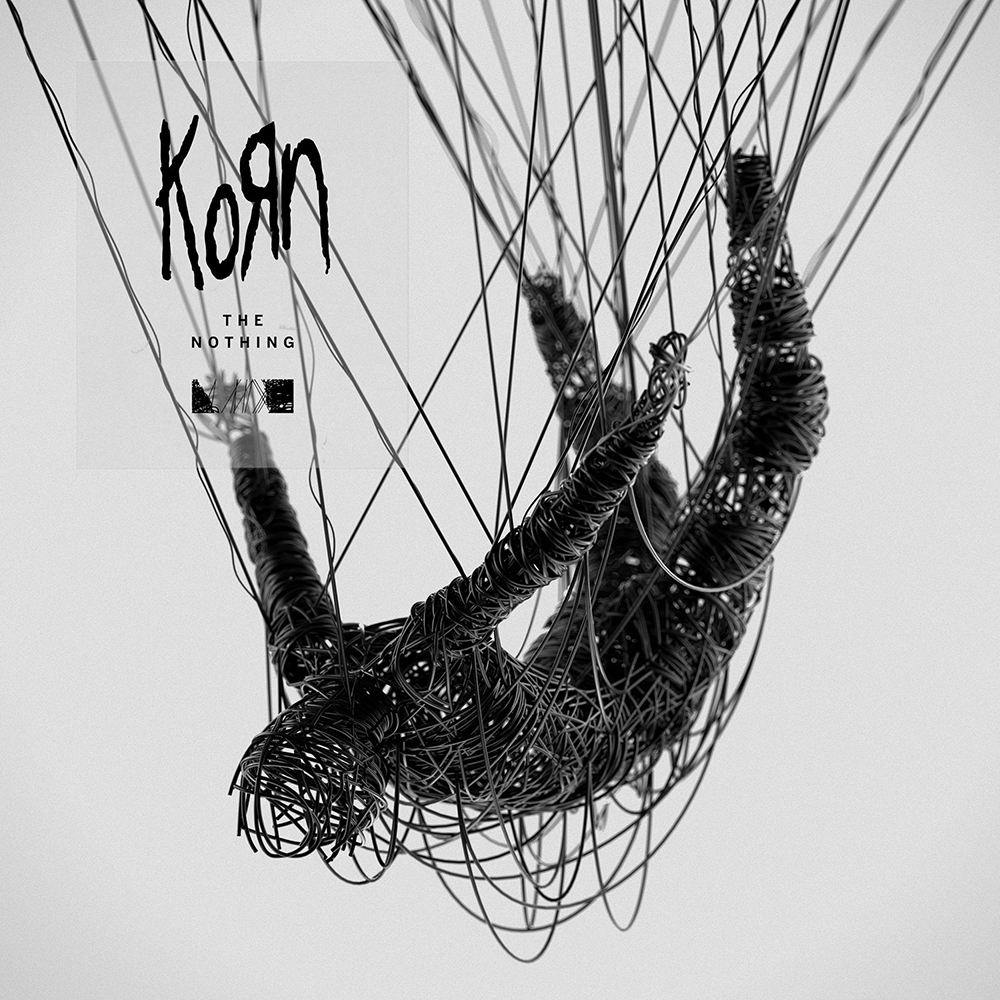 KoЯn can be defined musically in many ways. Nu metal, alternative metal and some people doesn’t even use the term “metal” when talking about KoRn.

Personally, KoЯn has always had a special place in my heart and life, as I catch myself finding and playing a KoЯn album when I am in a special “KoЯn mood”.

Though their last album releases “The serenity of suffering” from 2016 and “The Paradigm shift” from 2013 made me think they were taking a turn towards the commercial side, there were still some glory moments on those albums with that typical KoRn sound that I know and love.
So when I heard they were going to release a new album this year, I was really afraid that they were still on that path of “selling themselves” to a commercial crowd, forgetting their roots and where they came from.

This album has really many surprises. Many different sounds and moods, both in good and lesser good ways.

The intro starts out with bagpipes and then the distinct drum and bass sound that KoЯn is known for. Somehow there is no other band that sound like KoЯn. Many bands have tried to copy their sound, but no band has ever been able to reach their level.

The first songs on the album makes me feel a little bit disappointed, but they have a clever way of making the first half of their songs sound very commercial or “popish” if you’d like to put it that way, and then they twist the sound to be more hardcore and rough by the end of the songs.

This is something they have done before, and I am impressed of how they twist and turn their music, to have so many different elements. They were lacking these elements in the last two albums in my opinion. It feels like they have found back to that raw feeling they had in their first albums, or at least they are finding a way to blend the old elements into the more melodic and new type of sound they have now.

The lyrics on this album is just as deep and thoughtful as I know KoЯn to be. Sometimes they really have a double meaning, but the feelings the music follows the singing/growling is something KoЯn really knows how to do.

Yes, I can hear the commercial side of KoЯn, and some lyrics I actually feel I have heard before from them… Track number 8 “can you hear me” for example feels like a copy of another known KoЯn song from their 2013 album “The Paradigm shift” and it feels a bit boring to me.

It is probably not easy for a band like KoЯn with their sound to keep a listener interested, for an entire album, and even though I think this album is much better than their latest release, I am not totally sold on it though.

There are some really great songs and lyrics on this album, and I believe many listeners that listened to KoЯn in the 90’s can recognise in some of the tracks that the band are getting back to that old sound, or at least parts of the songs.
I have to say though that I miss that consistency of pure feeling of rage that they were known for 20 + years ago.

There are a few surprises on this album that actually made me lift my eyebrows, and one of them is that all of a sudden in the middle of Track #12 “This Loss” there is a sound I have never heard before from KoЯn, and that is a singing and musical part that makes me think of Kiske and Helloween in the 90’s. THAT I didn’t see coming… But still an interesting thing to do. This shows that KoЯn is an innovative band that are thinking out of the box and doing their thing.

I thank KoЯn for trying to give us listeners some of their old rough sound we all know, together with a mix of new and more “fresh” music. I guess you either hate it or love it. Personally, I am leaning more toward the love.