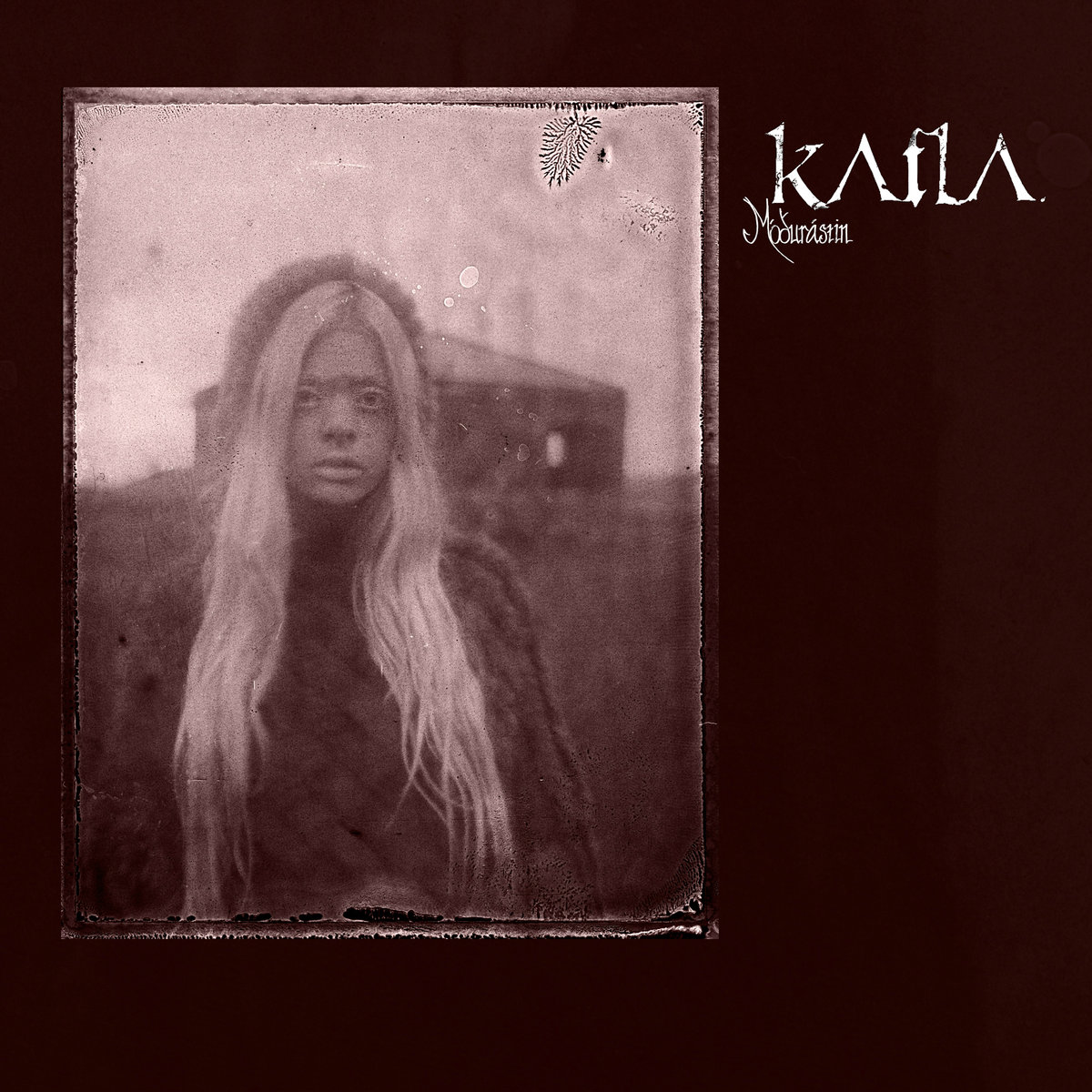 Katla is one of Iceland’s biggest volcanos. The volcano has not erupted violently since 1918.

Móðurástin (Icelandic for (a) Mother’s Love) is this duo’ debut album containing eight compositions of their unique powerful, folkish, panoramic and dark atmospheric music. The guitars are shimmering, melodies are mostly crushing and atmosphere dark, desolate and entrancing while the vocals are passionate sometimes delivered as singing, sometimes as spoken words.

The lyrics tell tales of living in a country of contrasts; a land where fire and ice co-exist and dark winters are offset by the summer’s midnight sun. In other words; it’s a celebration of Icelandic vibrant culture and beautiful yet tough nature.

My favorite track of the record is a title track “Móðurástin”, as it evokes subtle majestic winter flavors which I can identify with during those called and depressive winter days. The closing one titled “Dusmal” is another lengthy track; a 12.36 minutes epic and depressing song talking about insomnia and similar subjects.

At first I thought it was a minimalist approach to the song-writing and the sound, but the overall sound is also a complex and fascinating, rarely heard nowadays. Apart from typical Nordic/Icelandic folk sounds, one can also hear some modern post-rock dynamics and further heavy and black metal touches. In is all wrapped nicely in a 24-page nice booklet and a modern crispy production.

Katla managed to achieve something very unique with Móðurástin and I’m already looking towards a follow-up album. It is time for Katla to erupt again! https://www.facebook.com/katla.band