Gorod – A Maze of Recycled Creeds 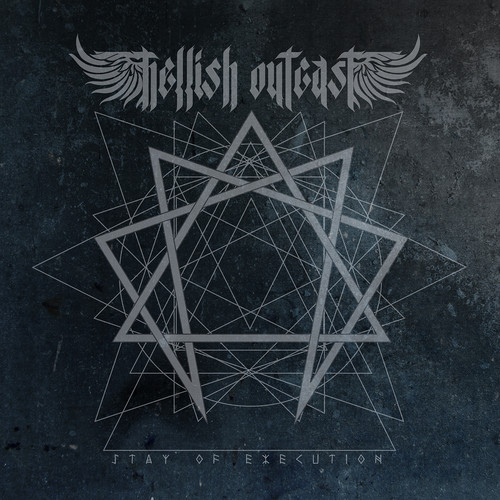 Norwegian quartet Hellish Outcast are by now some very experienced musicians, having played together in this particular project for the past fifteen years. In that time, they have released a grand total of four physical discs: One Demo, one EP and two full-length albums. The newest of these is entitled Stay of Execution and is a very Thrash-inspired Death Metal album, divided into eleven individual tracks. All of these are built up around the same musical frame (muddy, persistent growls supported by consistent and powerful drums as well as distorted and catchy guitars and bas), and a conscious effort has obviously been made to connect one track to the others in order to create one whole, full album. This is most evident on Stay of Execution through the very fluid transitions between the tracks – Sure, they are still clearly great musical pieces in their own right and they are easily distinguishable from one another, yet it still makes sense to listen to the album from ”Partition of Lust” (the first track) chronologically towards ”The Wait” (the last), since they are coupled to one another just enough for them to fade into one another (more or less – not entirely). Overall, the eleven tracks serve to prove that Norway are more than capable of producing other types of metal bands than Black Metal (although I do not want to admit it; but, I digress) and producing it well. Sure, they might not have been able to break through into wide-spread fame, but after having listened to Stay of Execution a couple of times, I am sure that it is just a matter of time. Either that or I have been incredibly unlucky in my choice of concerts and festivals and somehow missed them every single time. Below you will find the track ”Torment”, which I will recommend any Thrash/Death Metal fans out there to listen to, as it gives a glimpse of what Hellish Outcast is capable of.