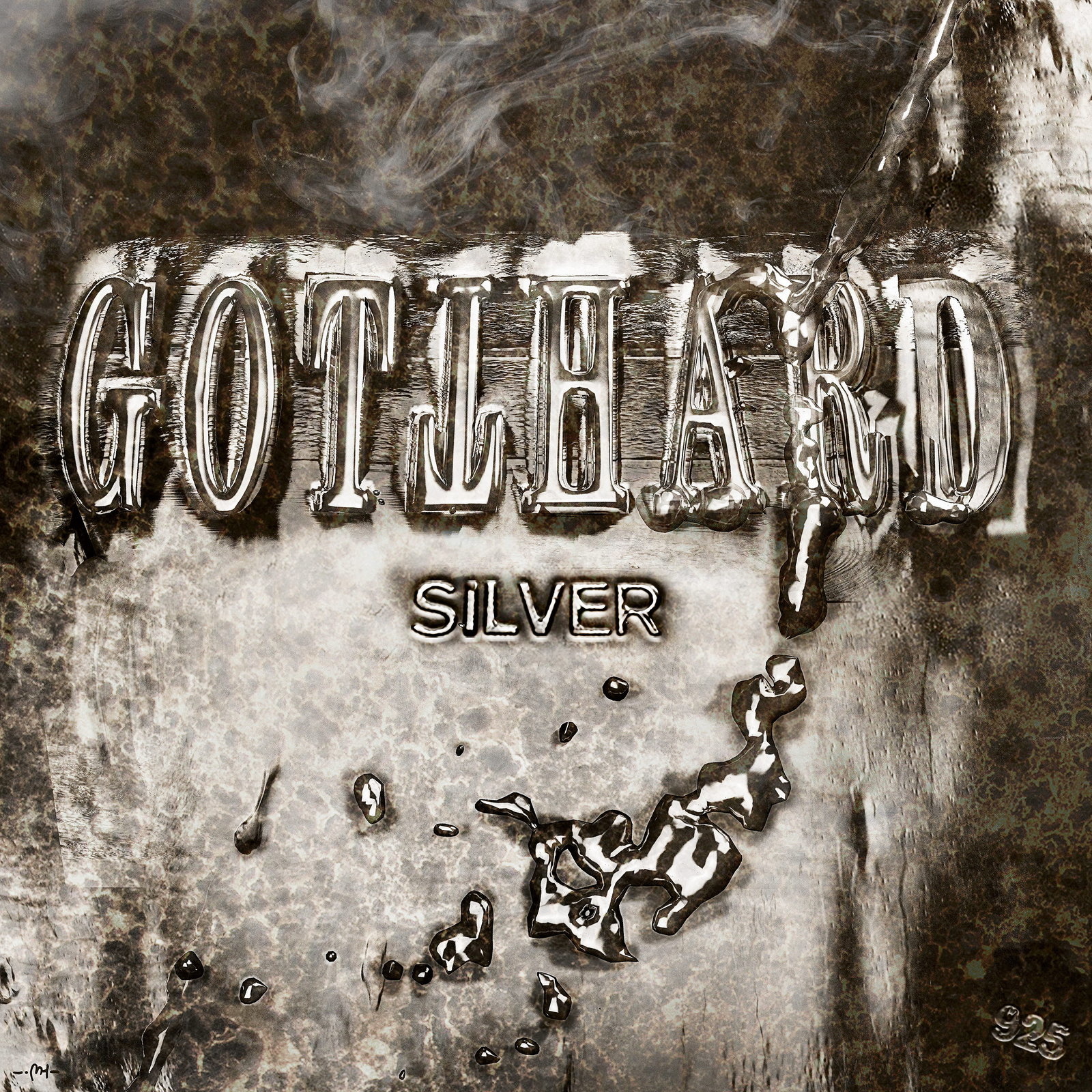 Every time Swiss (Lugano) hard rock gods from Gotthard release a new album I know what to expect; an album that will please me and bring this nostalgic feeling of the hard rock of the 80s. The same goes for quartet’s brand-new opus entitled Silver. It contains 13 tracks of what I would call a ‘classic high-octane hard rock’. It has some of the same trademark Gotthard features similar to its predecessor from 2014 Bang!. At some points it is also a bit different album, but more on that later on in this review.

Silver is band’s tenth long-player (in their a quarter of a century career) which is some kind of a proof that we are dealing here with a serious and dedicated band. This particular album is actually a celebration of the afore-mentioned Gotthard’s 25th anniversary – which mean ‘silver wedding’ party. Silver also marks their third album with new singer Nic Maeder, who came to the band in 2010 after the tragic death of their singer Steve Lee, who died in an accident.

Most of the songs on the record are recognizable classic hard rock tunes as we are used to hear it from the band. Meanwhile, they also got a bit harder and faster on this new long-player, and when pared with traditional soft and sweet ear-pleasing tunes – it becomes a really good and well-balanced album that is hard and catchy at the same time.

Silver kicks-off with the Deep Purple-alike opener called “Silver River”. The song features great classic rock with good hooks and 70’s rock approach. The next song is “Electrified”, and it follows in more or less same path as its predecessor. It has a cool groove and nice atmosphere and superb hook, reminding me a bit of Led Zeppelin.

“Stay With Me” is the first single. It starts slow and easy, almost like a typical ballad, for soon after to reach its climax with some louder elements. It is rather a nice interaction between loud and soft parts which makes this track a very listenable. “Beautiful” is more of a mainstream and radio-friendly song with catchy melodies and a perfect sound.

“Not Fooling Anyone” is the name of one of the acoustic tracks on this long-player. This ballad is loaded with a lot of emotional depth and it somehow hit me more than any other song off the album.

“Miss Me” is a bit different tune again, yet a very interesting one. Both the musicianship and esp. the vocals remind me of mighty Whitesnake.

“Tequila Symphony No. 5” is a grandiose track unveiling again the rocking roots of the band, more rockish as we’re familiar from this group. More or less the same can be said of the 12th song “My Oh My” which is probably one of the hardest tracks on the album.

“Why” on the other hand is a huge power ballad, sounding fresh and beautiful. The closing one is named “Blame On Me” being another awesome hardrocker, ending this excellent and entertaining album.

Thus, Silver is a fresh and rocking opus that offers almost an hour of pure joy. These guys have proven that music is their passion, no matter what circumstances will come around, and they deserve all the possible support – so do not hesitate to give Silver a listen.

For more info on this particular record or a history of this awesome long-living band, please www.gotthard.com/en/