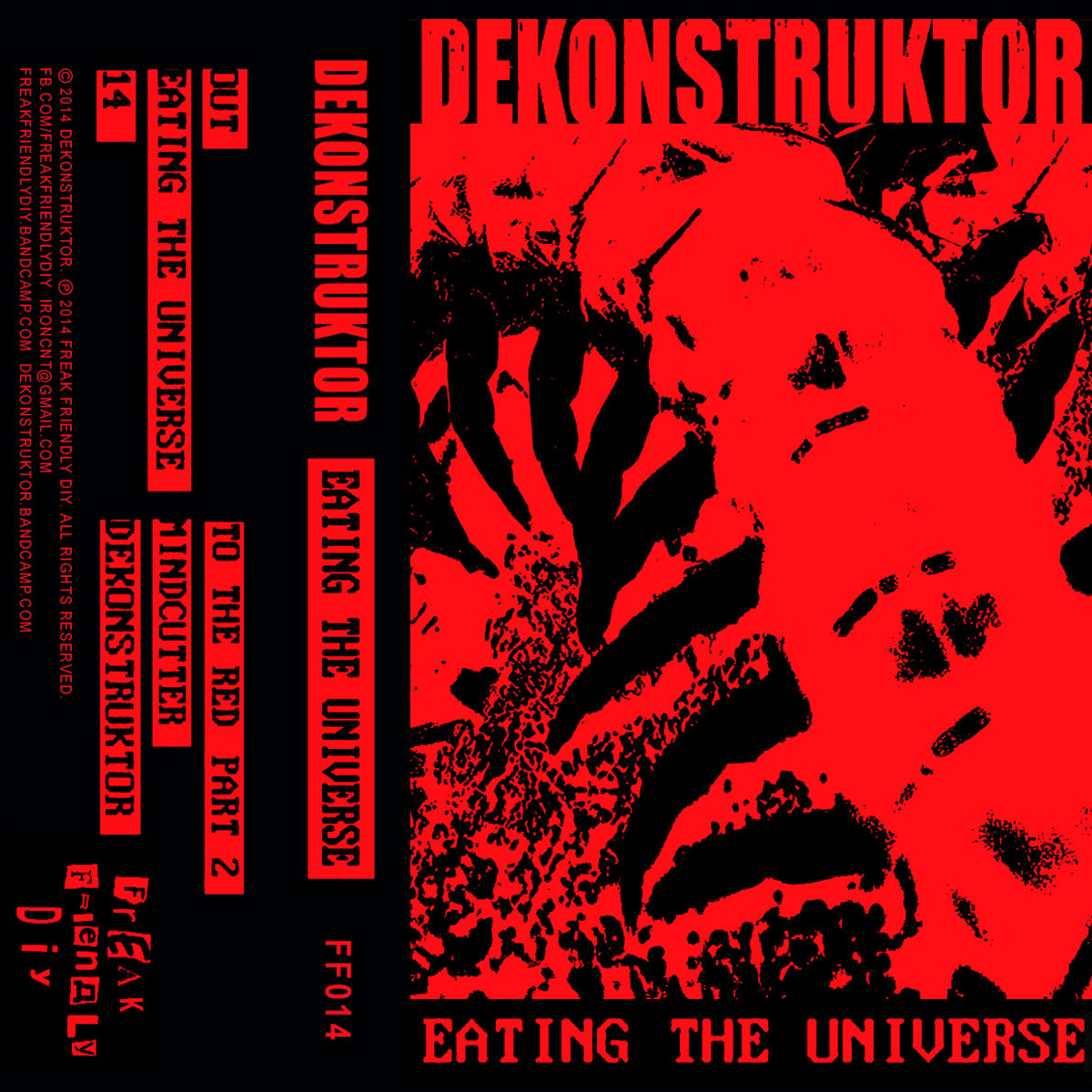 Dekonstruktor (band started out as Moon Mistress) is as strange and obscure as it sounds. At first I expected to hear some brutal death/black metal, but this is quite opposite and different. Having no limitation when it comes to a good music I gave it a chance with this Russian-based act, Dekonstruktor.

Eating The Universe is originally released as a tape, which can be seen from the cover. The sound of Dekonstruktor is heavy, psychedelic, doomy and stoner drone-like. It is extremely slow (almost Funeral Doom) and without much variation or changes in the tempo. Eating The Universe starts with an intro named “Out”, with distorted bass rumbling, simple drumbeats and a very noisy recording. Every riff is well-placed and gives a perfect sense.

On the other hand, there aren’t many vocal parts present in their music, only used occasionally and when unexpected. The few times they are used, it is very effective and captivating. Captivating is also the whole atmosphere around this release, eerie and something that I’ve never heard before.

Unfortunately, the lyrics here are completely worthless, mostly consistent of some pseudo-philosophical ideas and subjects. Eating The Universe is a decent yet average release that will leave a path for something better.