Degragore – From Sin to Redemption 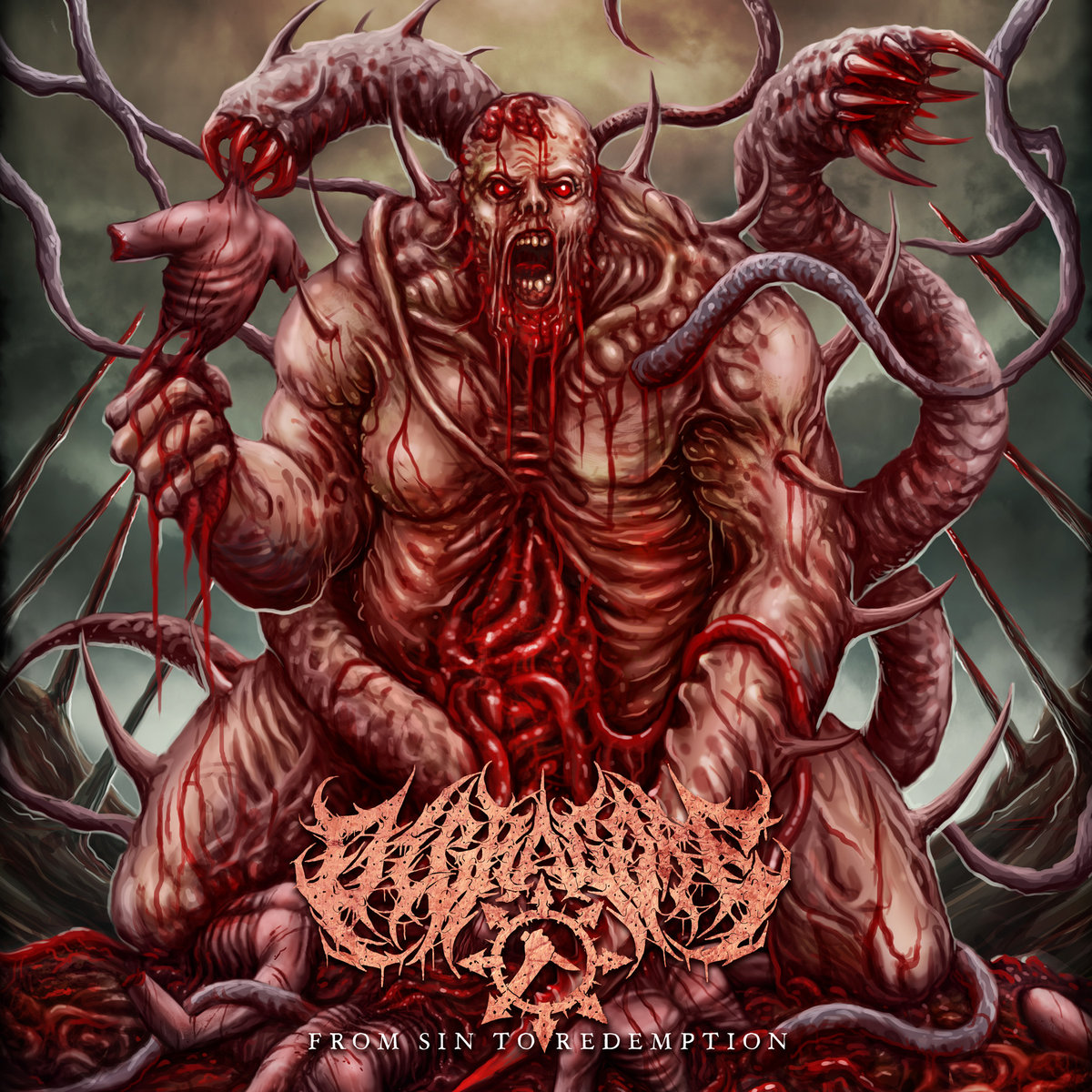 It has been quite a while since I stumbled across a Brutal Death Metal band that I haven’t already had the pleasure of listening to before – Even more so when the band in question is sticking close to the roots of the genre, and doing so very well. As such, I am praising my lucky stars (as well as my employment here at Metal Revolution) that my boss saw fit to send me the debut Full-length release of Hungarian Degragore.

Now, everything about this album screams old-school Death Metal, all the way from the overly intricate and eye-catching logo to the heavily mutated monstrosity taking up nine-tenths of the front cover to the twelve short, but intense and greatly distorted tracks that is not so cleverly concealed away inside.

Each of the before-mentioned twelve tracks that make up From Sin to Redemption are between two and four minutes long (with a single exception), adding up to just around thirty-eight minutes of playtime overall. Each of these individual tracks explore classical lyrical themes of the genre such as defamation, being eaten alive and self-destructive behavour – All of it neatly wrapped within relentless drums, powerful guitars (with tracks such as ”Cannibal Priest” even containing the odd solo) and a deep, rolling growl that would only really fit a Death Metal release.

All in all a very solid debut from the Hungarian trio, especially after only two years of playing together as a band. My research into the band even revealed that they released a second Full-length earlier this year that I will now have to get my hands on at some point even though one thing is for certain: I am going to need bigger loudspeakers to truly enjoy it.

Recommended for fans of Debauchery and, to some extent, Obituary.