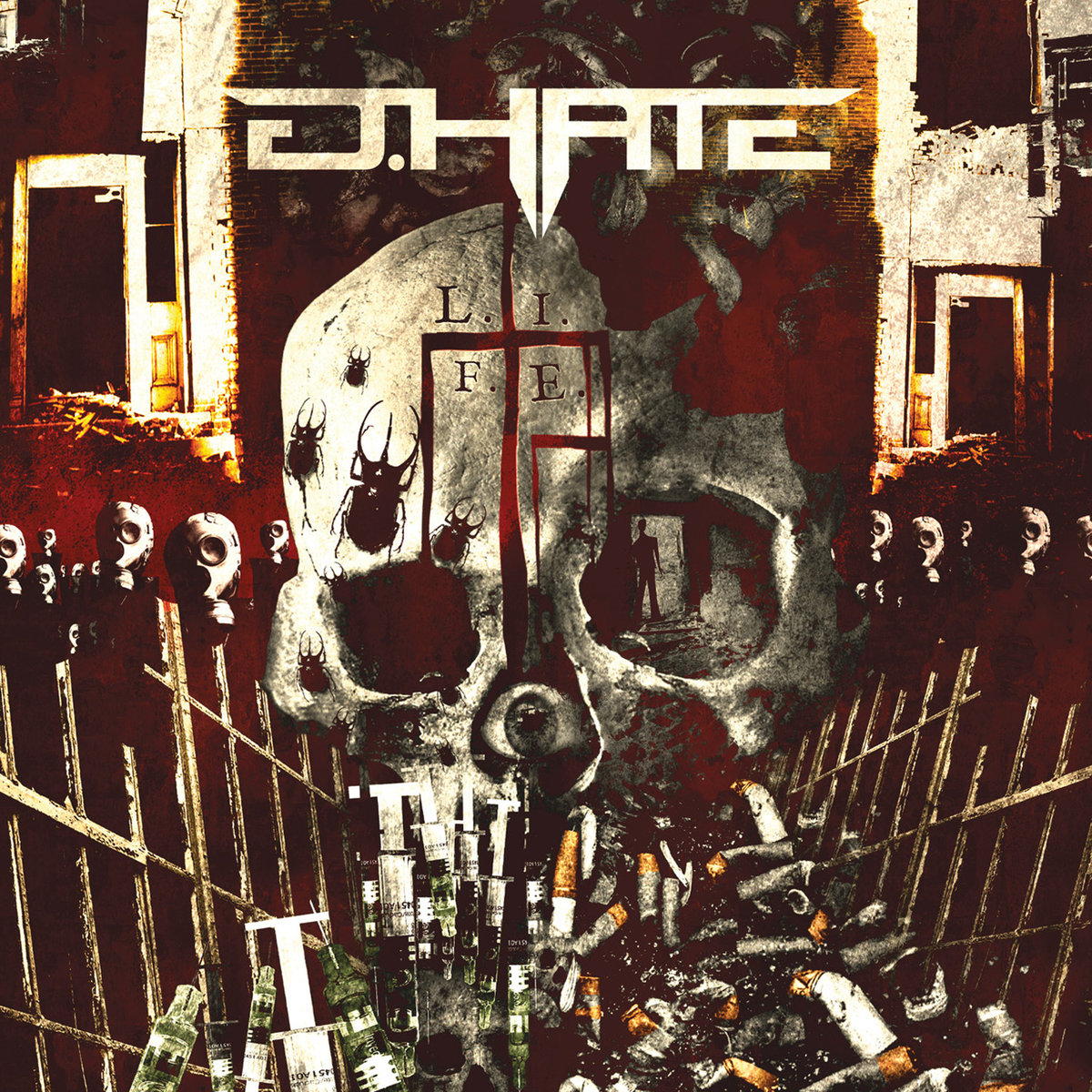 D.Hate is a Ukrainian quartet that saw the light of day back in 2010. And in the last seven years, they have so far produced and released two full-length albums. The newest of these (and the basis for this little review) carries the title L.I.F.E and is composed of thirty-nine minutes, divided across ten tracks more or less evenly. And musically, L.I.F.E speaks, in my opinion, rather highly of its influences: D.Hate has a very groovey and rhythmic feel to their musical style, set against and otherwise very Thrash Metal-oriented background: Not at all unlike the early Six Feet Under releases. This is not at all a problem for me, since I happen to be partial to this rather famous American band. And while D.Hate has created quite a solid album this time around, one filled with a lot of aggression, simple, yet efficient riffs occasionally disrupted by a more melodious approach and a quite impressive diversity within the vocals: Ranging from low-pitched growls all the way up to what can best be described as pig-squeals. It offers quite the variety in the bands performance, however it never strays too far from the sound and general principle of said band. This results in an overall whole album with a very distinct feel to it. Sadly, as far as I can tell, D.Hate has not managed to create their own sound, instead drawing heavily upon the previously mentioned influence – Which is not a bad thing per se, since it is a very decent album. But is does create the draw-back of making it very hard to distinguish between the two bands, as D.Hate does not have a truly unique sound of their own. And I fear this might cause the band to remain in obscurity, based in no small part to the fact that people will never really know of this bands existance (since they risk remaining in the shadows of other similar, but far more well-known bands). As such, this lack of something tangible to make them stand out is the primary basis for the rating given below. Which is a damn shame, since tracks such as ”Superman” which can be found below, attests to both talent and perserverance from D.Hate. But I have high hopes for the future of these four Ukranians.

Recommended for fans of Six Feet Under in particular.