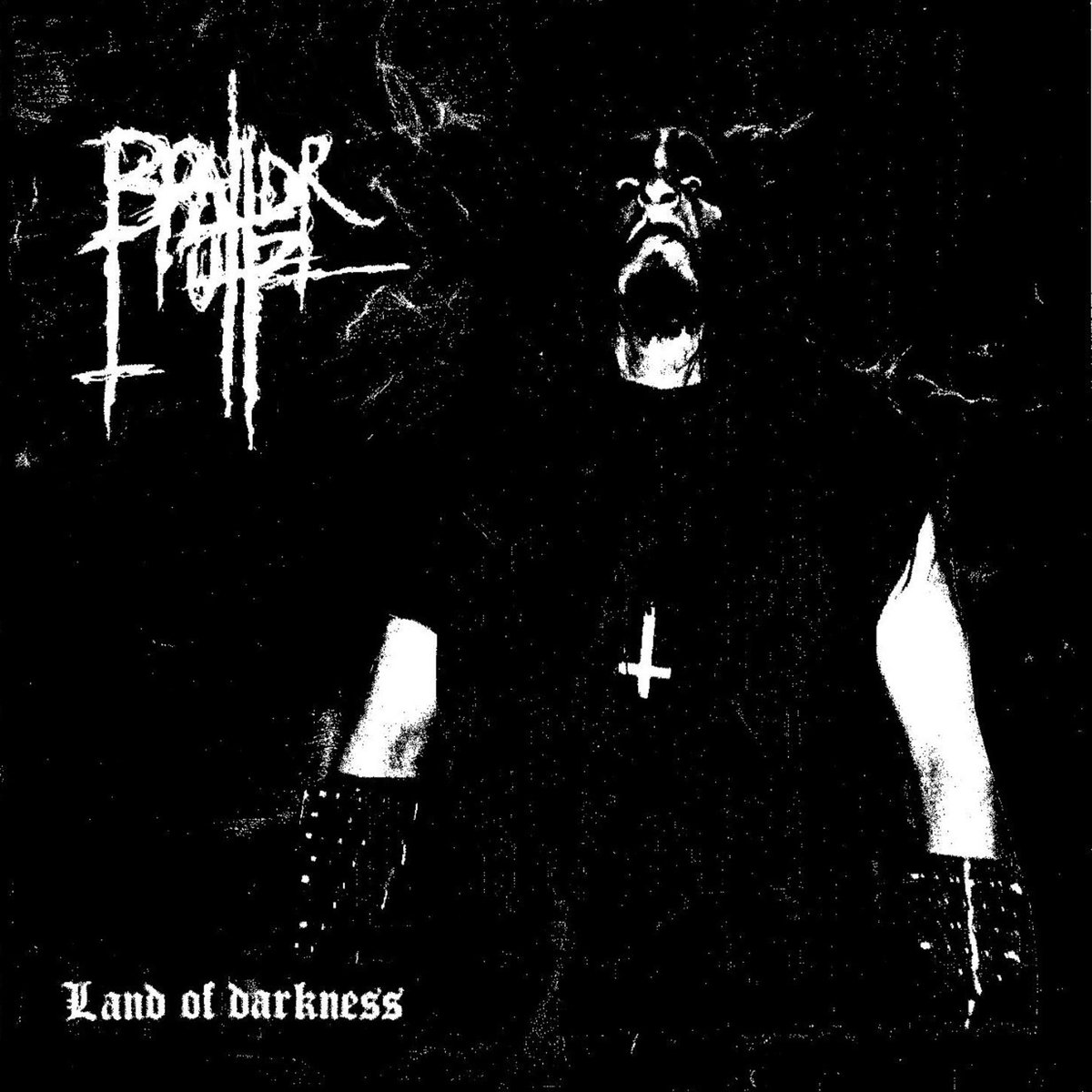 Brahdr’uhz is a Swiss one-man band, one that seems to be on a mission: To bring back the original, raw Black Metal sound as it was back in the early nineties. He seems almost single-mindedly dedicated to this, having released an impressive two EP’s, two Demos, one Split and two Full-length albums in the span of merely two years.

The first of these Full-length albums is entitled Land of Darkness and is an hour long Black Metal extravaganza, divided into twelve segments (or songs, if you will), each of them ranging between four and six minutes. So far, so good. But what of the sound itself?

As far as the overall sound and approach of the album, Brahdr’uhz delivered what he promised: A heavily distorted guitar performance accompanied by meticulous drumming and deep, yet piercing growls. And to top it all of (to really drive the point home, as it were), the entire record has the gruff, dirty sound of something that has been recorded live on and old cassette recorder – Something the elitist in me finds particularly satisfying. While not as overall powerful as say, the legendary “In the Nightside Eclipse” record of the nineties, it nevertheless packs one hell of a punch – And for me, marks the beginning of me having to keep an eye out for this one-man band.

As one might be able to deduct from my above rambling, Brahdr’uhz offers absolutely nothing new to the table, as far as pushing boundaries and genres are concerned. What they do offer is a nice addition to a genre that is all too rare to see on the larger stages these days. Full of anger and relentless determination, this is not an album to be missed by fans of Mayhem, Emperor and Darkthrone. But do not merely take my word for it – Below can be found a link to the track “Brahdr’uhz Harfaxxi”, which I find to be an excellent example of what the band has to offer.