Against The Plagues – Purified Through Devastation 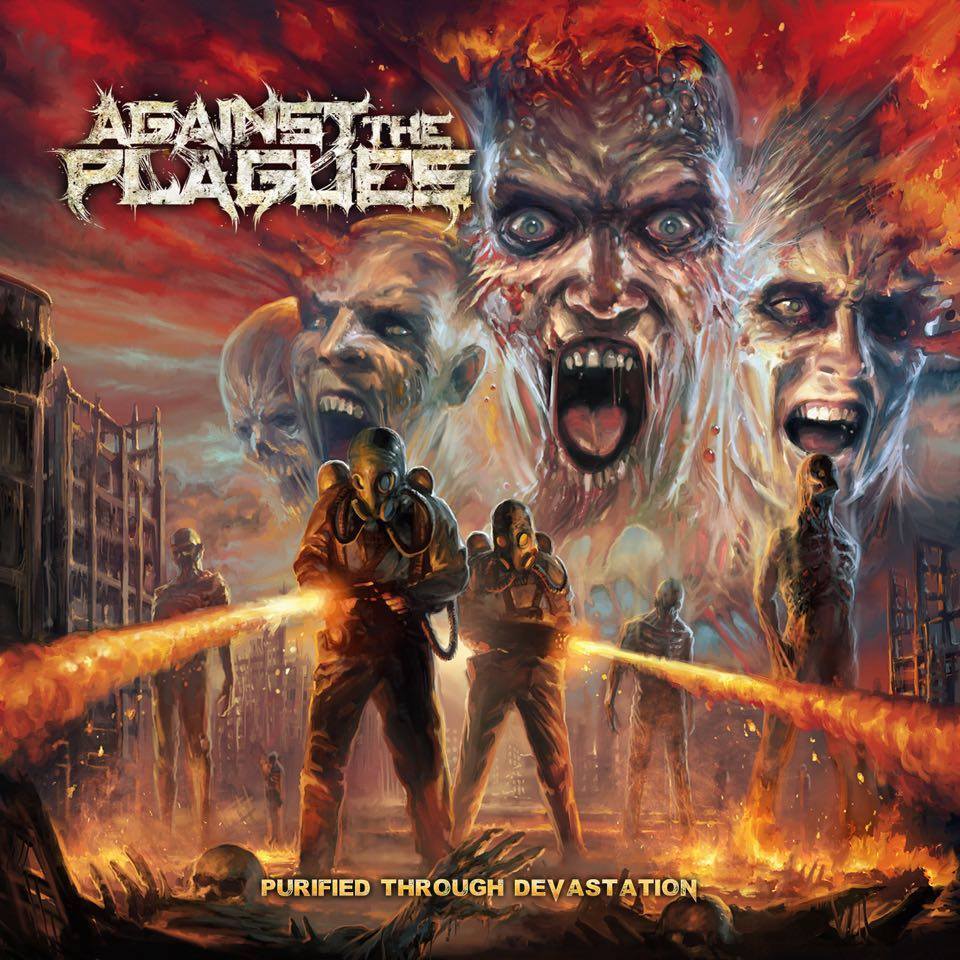 Purified Through Devastation is their brand-new 9-tracker album, released by a Dutch label Non Serviam Records. This particular album is my very first encounter with this hard-hitting combo, and I must say that I enjoyed it a lot. Apart from the afore-mentioned extreme metal, the band explores a variety of other styles of music, blending the black and death metal with refined dark melodies, crushing riffs, growling vocals, technical percussion, dramatic keys and poetic story-telling.

Purified Through Devastation opens with a track called “Man’s Modern World” which is a fast, brutal yet technical death metal anthem with growling vocals and numerous blast-beats. One is not bored for a single moment, as all tracks are delivered with conviction and professionalism. Some of the following tracks are more of what I would call a blackened death metal manner, with nice build-up and great variety in tempo. They tend to have this slow to mid-paced pace, for soon after to unleash some deadly death metal sonic assaults. Some songs even bring a brief use of a spoken-word samples and even a short acoustic instrumental intermezzo, before the whole thing ends with two devestating heavy tracks.

The whole production part is decent too, sounding very professional and mature. Meanwhile, the cover artwork perfectly reflects the content on this disc, and it is very representative of the band and its image. It is done by Par Olofsson (Exodus, Immolation, Immortal etc.).