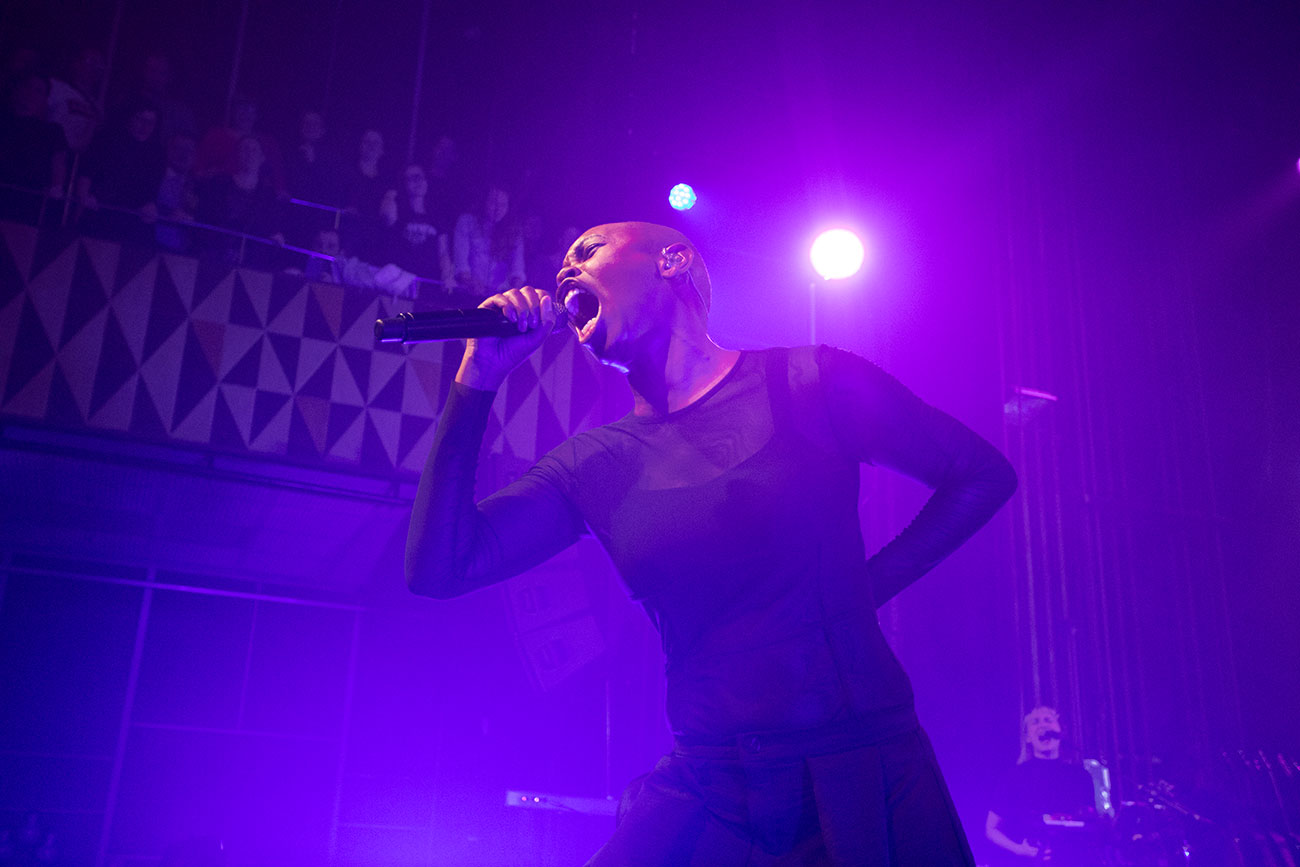 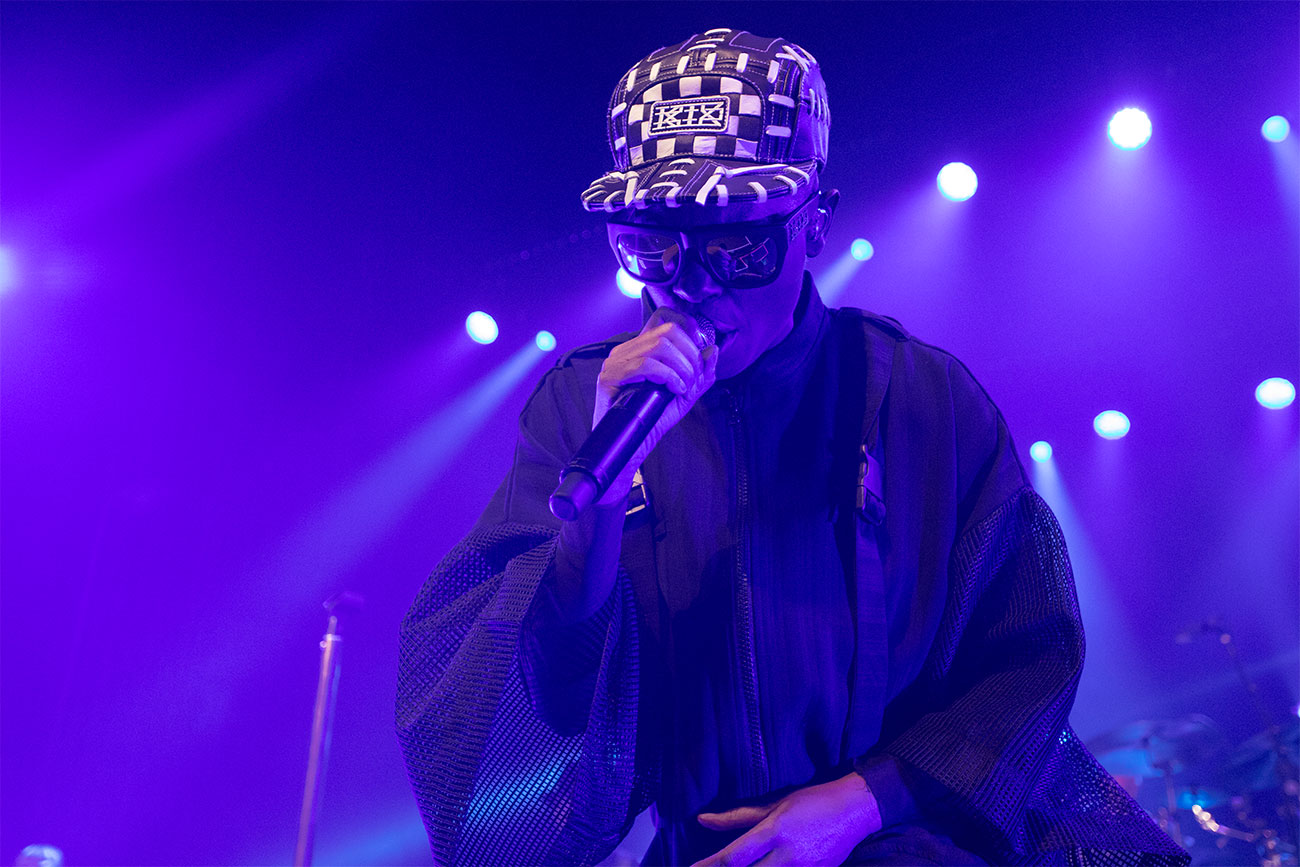 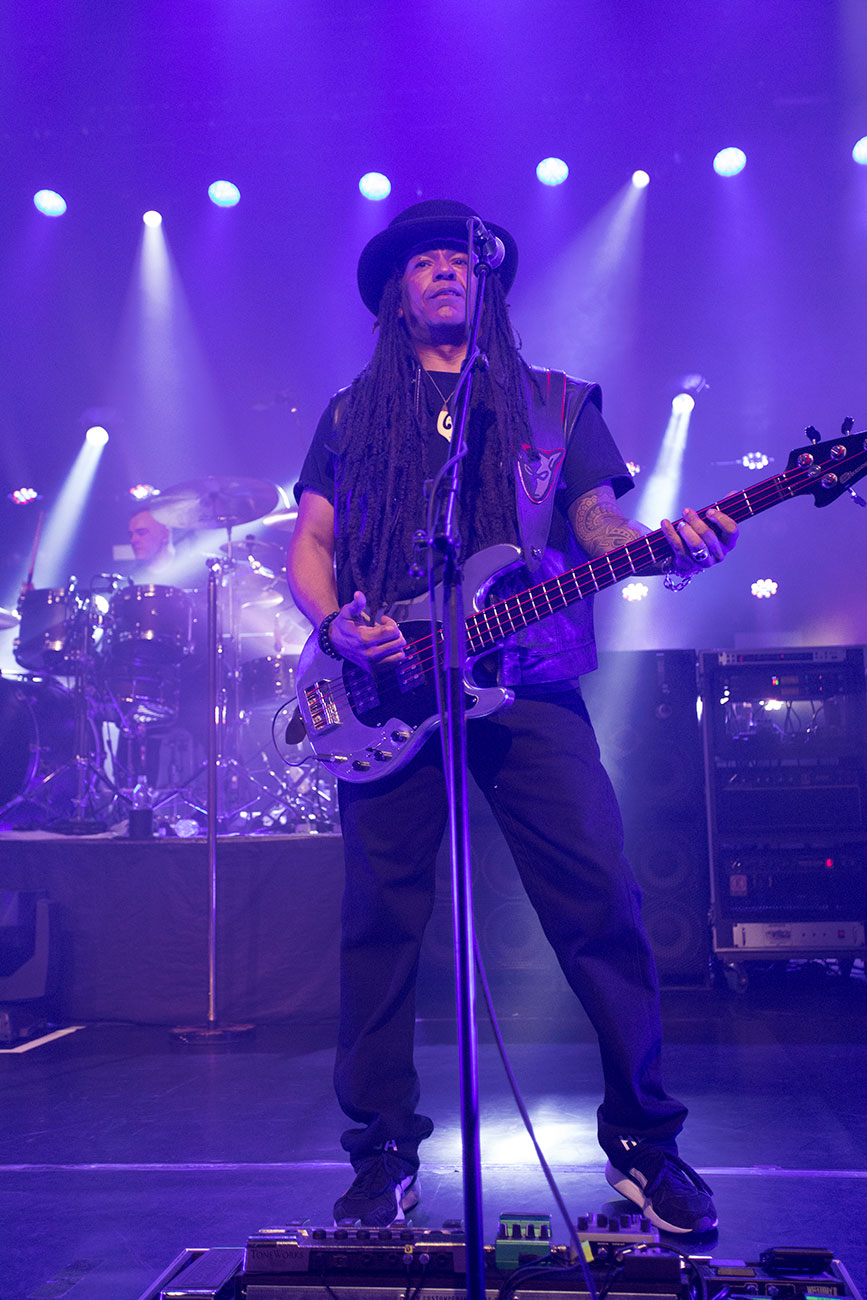 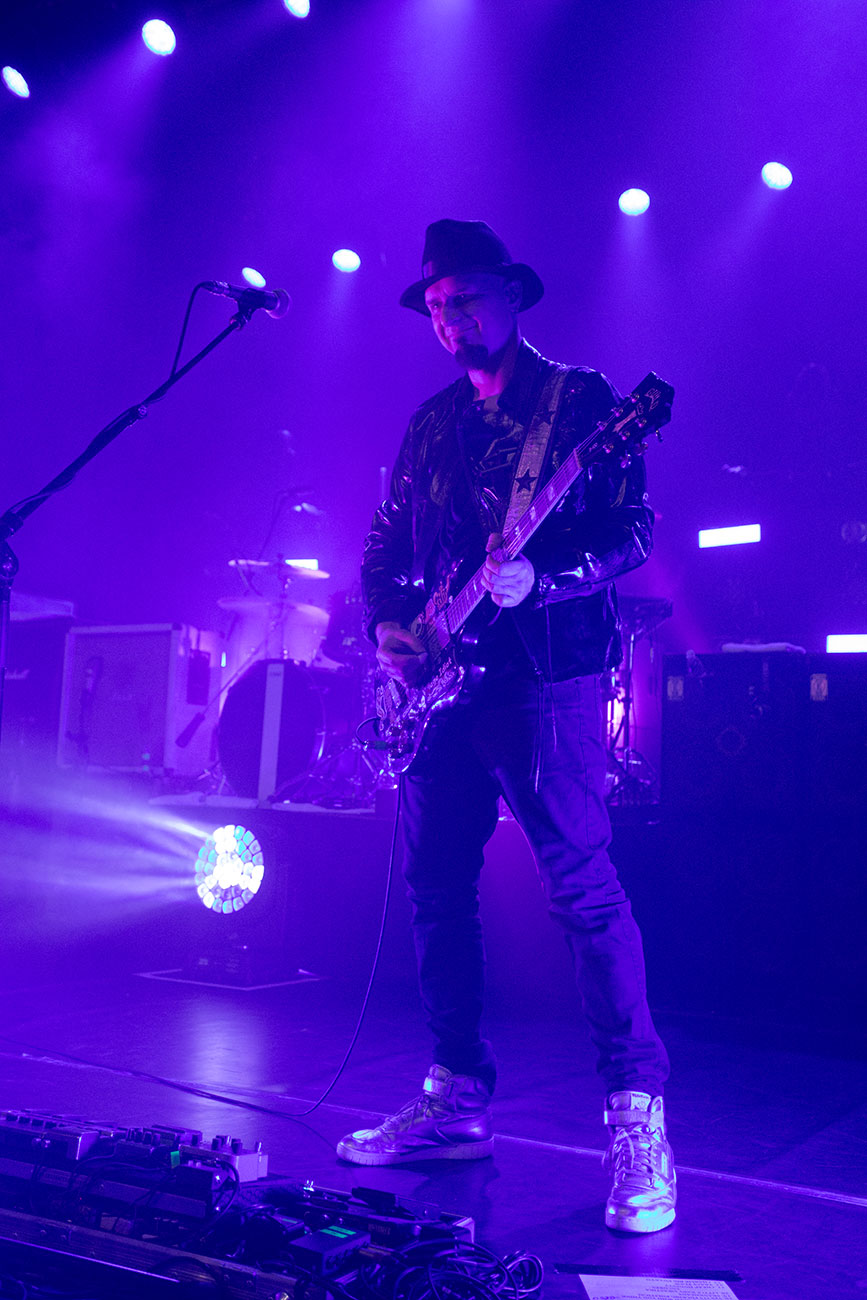 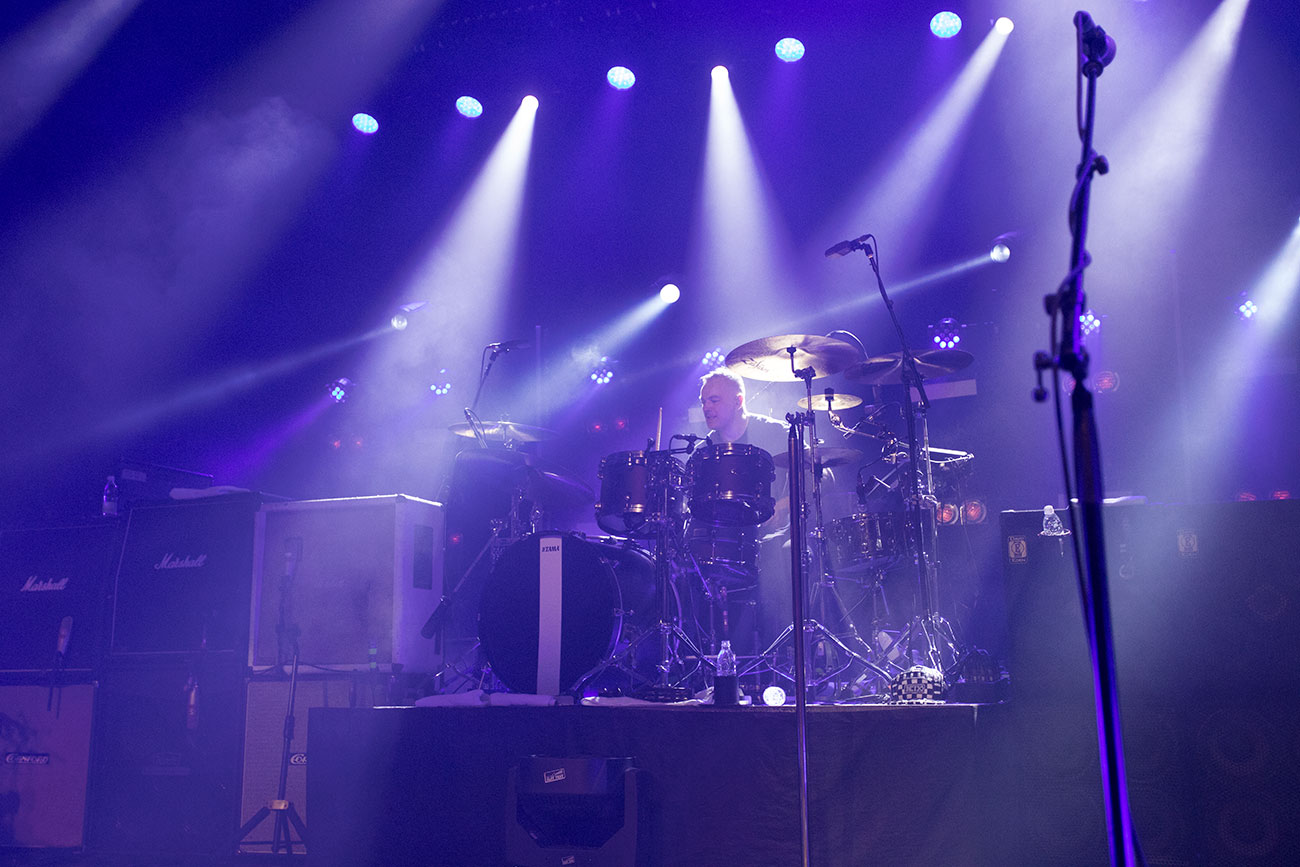 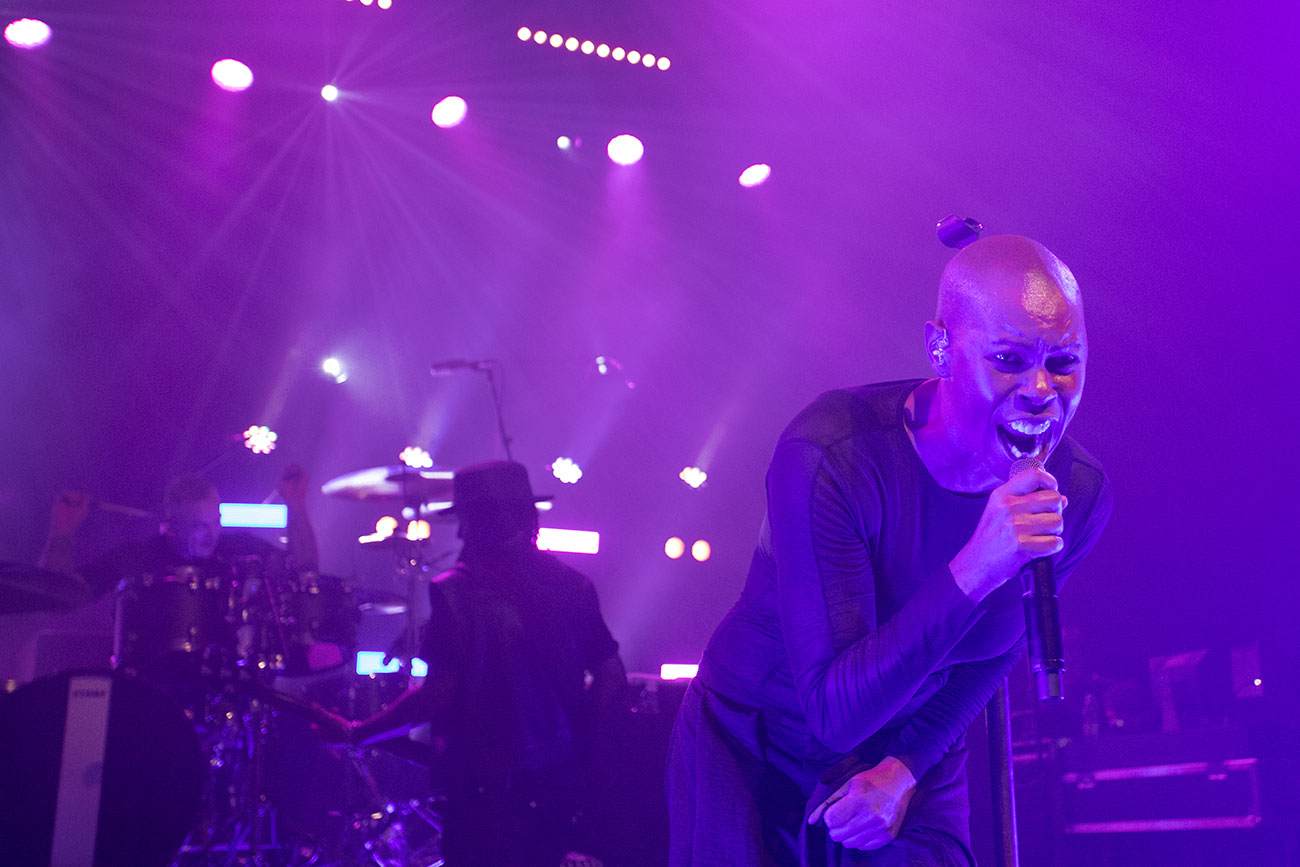 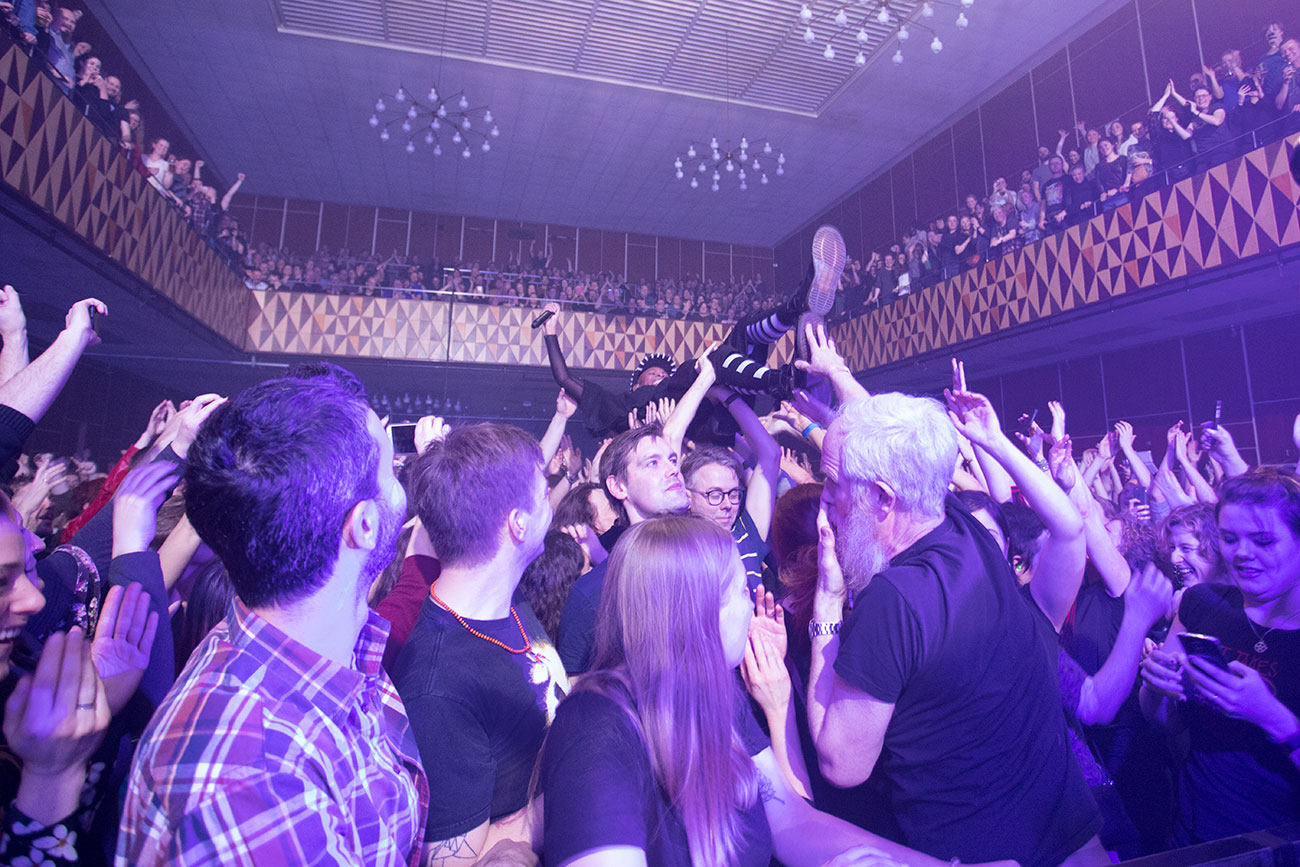 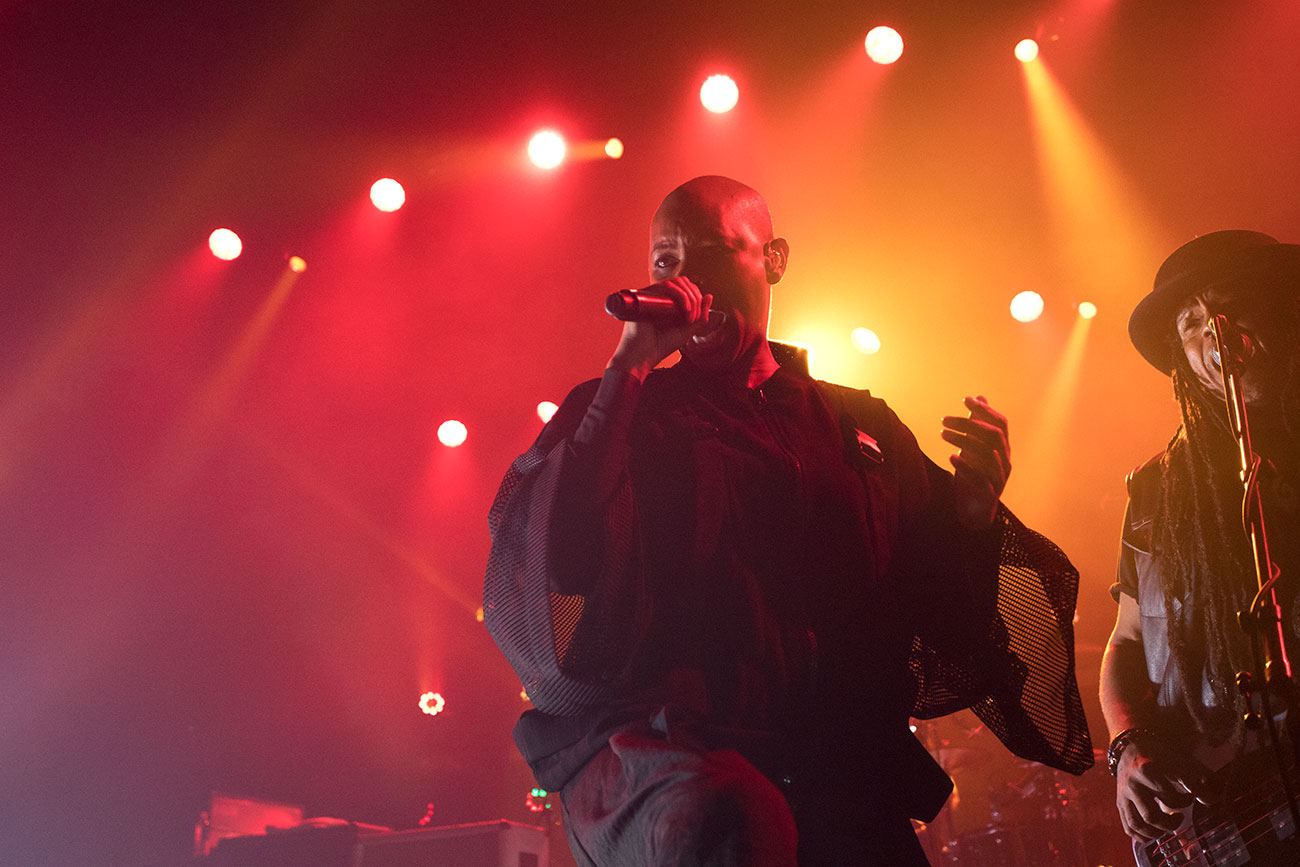 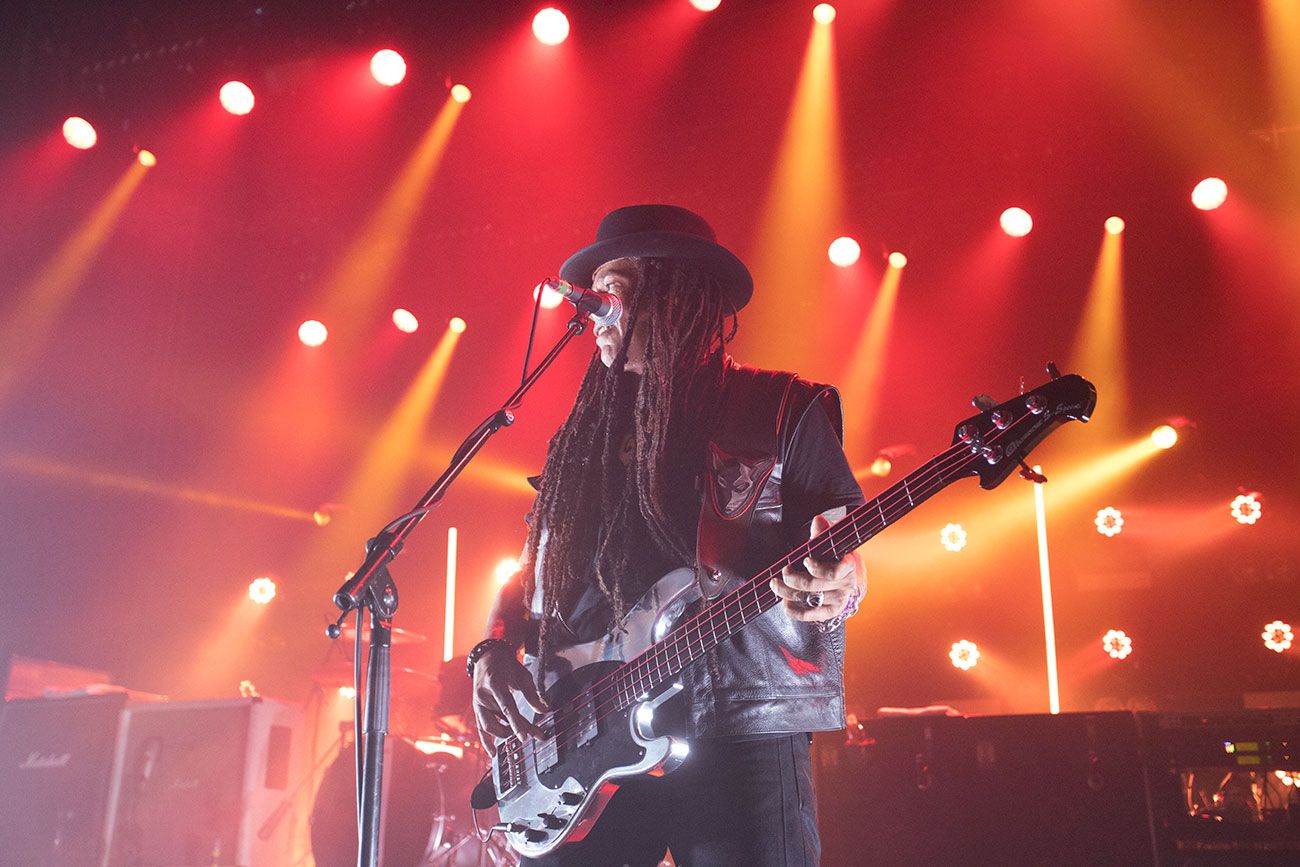 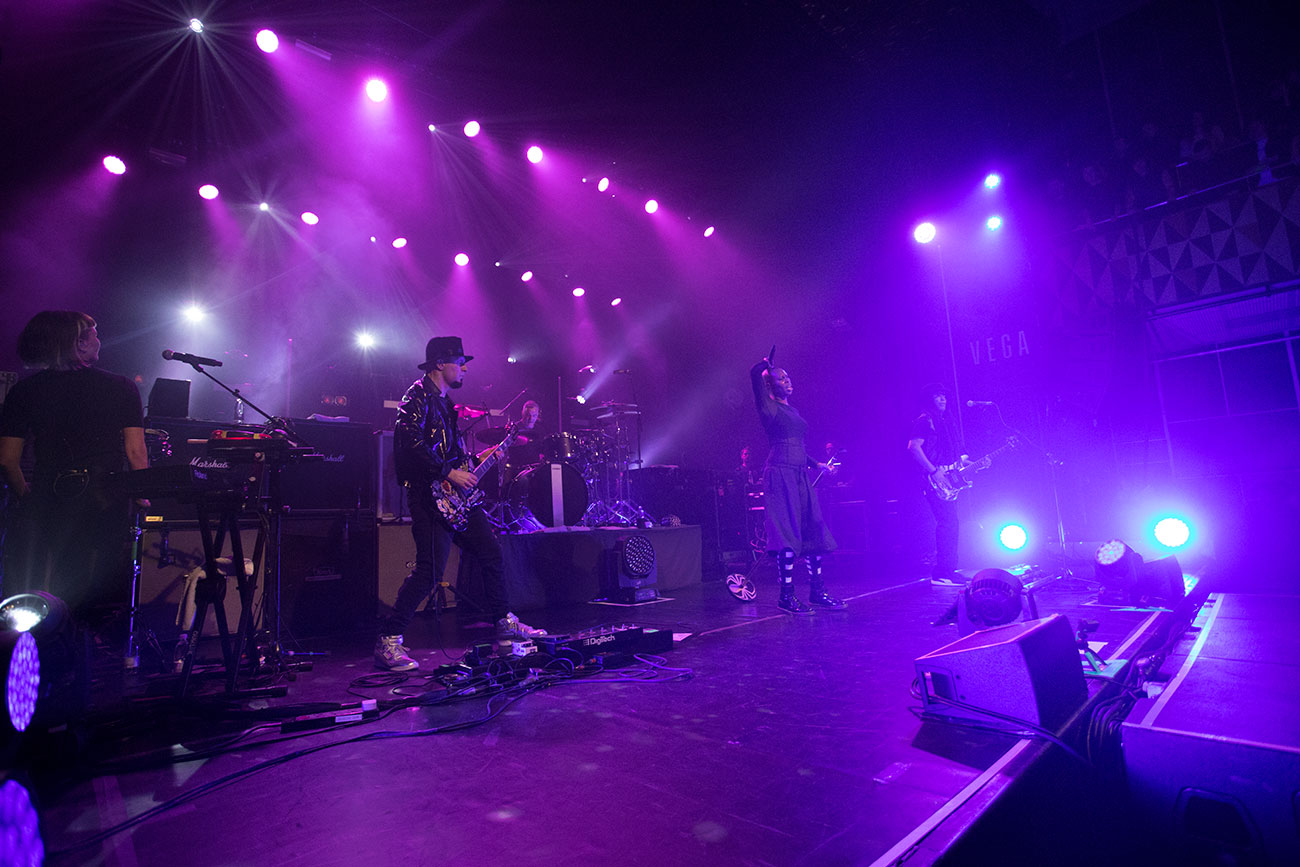 I remember seeing Skank Anansie in 2010 right after they released their comeback album Wonderlustre. They seem bit misplaced playing a one-day festival together with Rammstein, Slash, Volbeat and Bullet For My Valentine, but that summer day they basically blew all the other bands off the stage.

The 2008 reunion turned out to be a long lasting one and unlike many of such reunions it felt sincere. The band has since released three albums which are true to Anansie heritage. All three albums keep the quality level very high and while they might not match the greatness of their 90’s material, they truly do deliver on the level not typical for the reunion albums.

Last night’s show has been sold out for a while and by the time they were finished with the opener “And Here I Stand” it was clear that this was going to be anything but a dull Sunday evening. From the moment, she took the stage, Skin was pumped up with what seemed as boundless energy and joy. Halfway through the opener she was already crowd-surfing. “Intellectualize My Blackness” followed with Skin yet again going down to crowd. Her enthusiasm, energy and devotion were only outshined by her charisma. Rare are singers like this and even fewer are those who are at the same time pushing 50.

Throughout the plus two hour long show she kept her energy level high and managed at the same time to keep the crowd communication on the eye level as well as keep the audience wrapped around her little finger. Skin is the star on so many levels, but she doesn’t take all the focus from the great band that Skunk Anansie is. Martin ”Ace” Kent on guitar might often look absent, but he maintains eye contact with the crowd during the better part of the show. His playing, much like that of the rest of the band is spot on. It, colourful and groovy and Ace is one of those guitarists who excels at use of endless line of guitar effects. Their use never seems forced and unnecessary, on contrary it supports the songs perfectly, even then it gives them the unexpected twists. Richard ”Cass” Lewis on bass and Mark Richardson on drums serve as perfect rhythm section. As the concert progressed the three loosened up some more and this resulted in more interaction between them, which further lifted the overall performance.

On stage the four were joined by Richardson’s wife, the multitalented Erika Footman who took over the keyboard and backing vocals duties (among the other). She even stepped up to the front of the stage on couple of songs for a duet with Skin. Her vocal abilities are very good and the tone of her voice suits that of Skin’s very well.

Skin made it down to the crowd yet again, this time as she split the crowd in two and made her way all the way to the soundman. She also urged people to crouch, but this was one of very few aspects of the show that didn’t work as intended. Mostly since many people didn’t follow the instructions in order to be able to film/take pictures of Skin in the crowd. Pity.

The regular part of the show closed dazzlingly with “Yes It’s Fucking Political”, “The Skank Heads (Get Off)” and “Little Baby Swastika”. Of course the band came back for a four song encore. They left the stage again after the magnificent “Charlie Big Potato”, a song that could have been a perfect closer. It seems that lots of people thought so too, because fairly big number of them left the venue, which kind of spoiled the return of the band on stage for the last song of the evening, the acoustic version of “You’ll Follow Me Down”.

Skank Anansie are a truly great live band, which understands the importance of all the aspects of playing live; performance, energy, connection, passion and balance in the setlist.  This evening in Copenhagen they have mastered all of the above for the entire (plus) two-hour long show. Skin is testament to a powerful female vocalist and an inspiration for the girls out there. She projects fare more strength and independence while singing “Weak as I am”, then that halftime Super Bowl entertainer does when she sings “As I bounce to the next dick, boy / And keep your money, I got my own”.