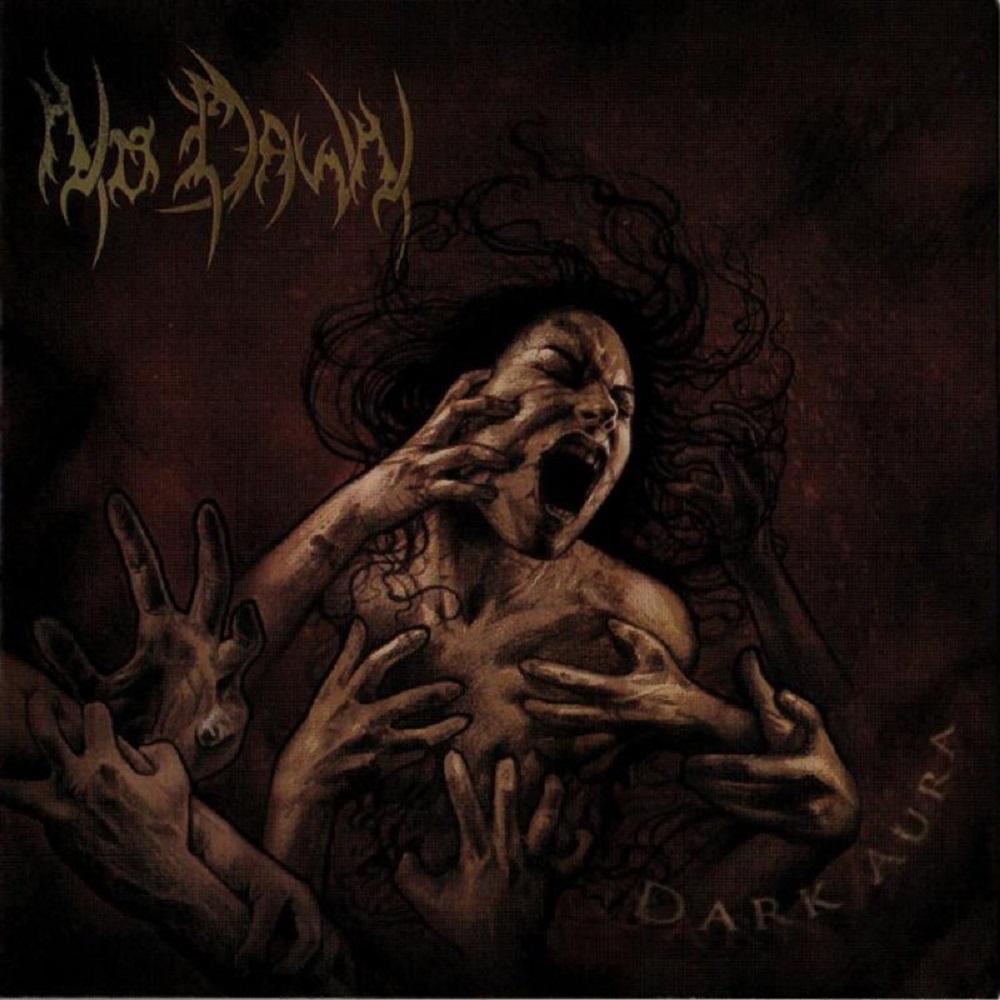 No Dawn originally started out as a cover band, playing cover songs of famous Melodic Death Metal acts such as In Flames and At The Gates. And while the Norwegian quintet has since moved on to performing their own tracks, their musical roots are still a big and strong part of the bands identity. For one, they still play Melodic Death Metal, and in many ways their music bears a strong resemblance to the early works of both previously mentioned bands. Second, they have assimilated several aspects of especially early At The Gates; In this case, their relentless approach to rhythm and drums. Where they diverge, is in their addition of a more roughened, thrashy sound; Something that to me is most prominent in the vocal tracks, which is still kept as a growl: Albeit a very bestial version (which I happen to like). Dark Aura is the first full-length release from No Dawn as a band, following three Demo’s and a single EP, spread out across eleven years. There is no doubt that the eleven years from the bands inception (back in 2002) up until the release of Dark Aura (in 2013) is well spent: The album as a whole is well created, mixed and, most importantly, performed. All ten tracks are powerfully delivered across a forty-two minute onslaught, only slowing down inbetween tracks as one song is about to take over from another. The record loses very little momentum aside from these moments, and each and every song is sufficiently alike to one another to clearly be of the same album (one might almost say concept), yet are at the same time different enough for each of them to be an experience in its own right. ”Exit Sanity” is the track I chose to represent this record, both because the record label has graciously released a music video for it, but also since it shows off exactly what a modern Norwegian Melodic Death Metal band is capable of, when they stand on the shoulders of giants and make their own take on the genre, ten years later. Make no mistake, ”Exit Sanity” is a great track, as I mentioned earlier – But so is basically every other song present upon Dark Aura. Overall it is an excellent introduction to the world that is created by No Dawn since it helps show off what they are capable of as a band, as well as showing one facet of their first album. In a nutshell, No Dawn is what I would imagine that the Swedish Melodic Death Metal scene would have sounded like, if it had been founded a decade later that it actually did. And it is a worty addition to the world, as for as I am concerned.

Recommended for fans of In Flames, At The Gates and The Ward.