Iron Fire – Among the Dead 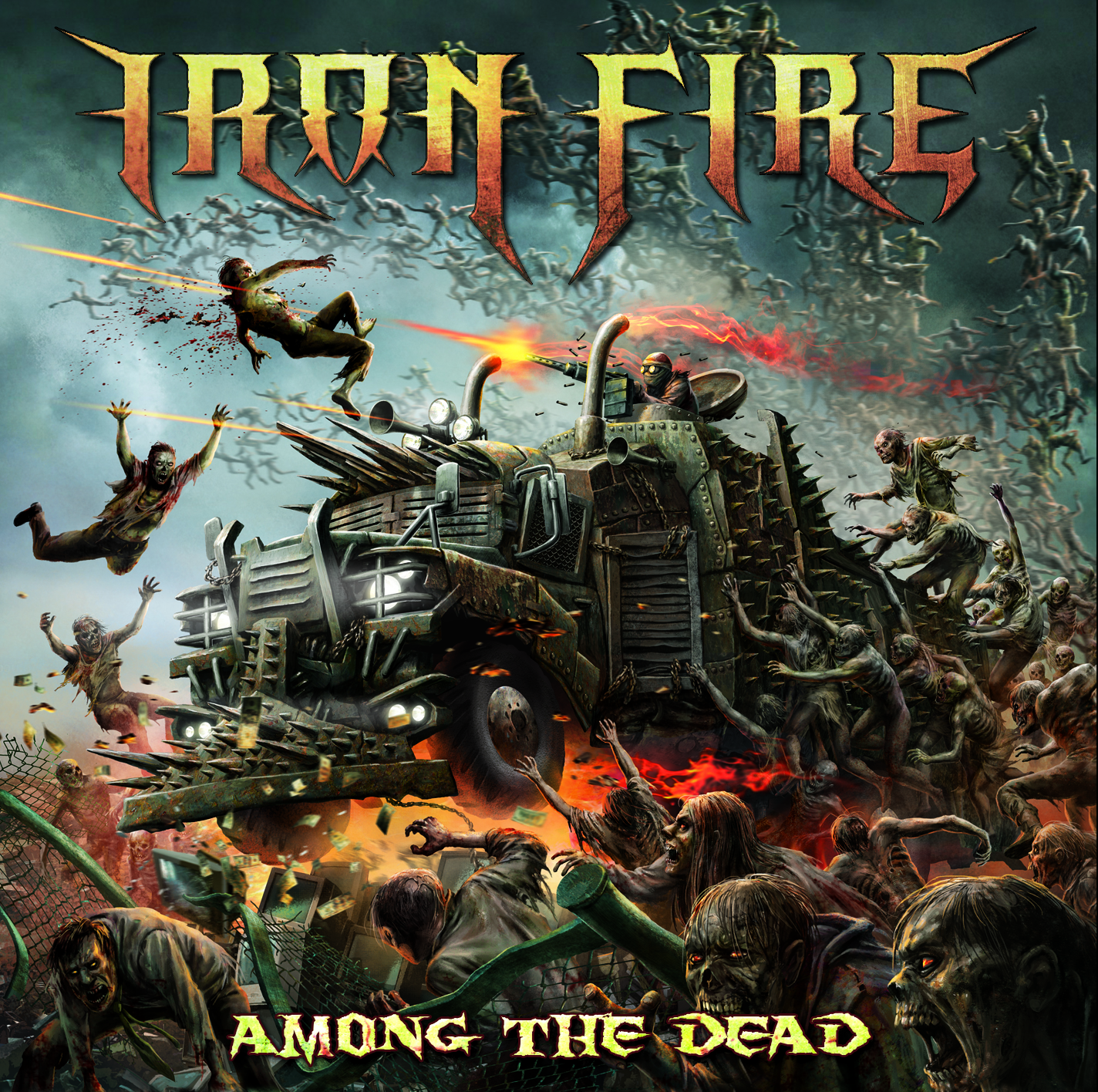 Later this year, the eight installment in Danish Iron Fire’s discography will hit the stores. And, since zombies and zombie-inflicted apocalypses seem to be all the rage these days (in film and TV-series at least), Iron Fire has decided to turn this record into a concept album revolving around this theme. As such, it is aptly named Among the Dead. Now, there are a few differences between releases; Or rather, the vinyl are lacking an intro track and a bonus track (a cover of Metallica’s ”For Whom the Bell Tolls”), both of which can be found both on the CD and casette release. That aside, all releases contain ten tracks, each of which speaks their own little piece of the story of what it is like to be a survivor in a zombie-infested world. This otherwise grim tale is told through the medium that Iron Fire knows and uses best: Strong, catchy and melodic Power Metal. The lyrics are easily understandable, the guitar simple, consistent and noticeable, whereas the bas and drums are far less prominent, but still important in order to give the album depth and rhythm. The title track, ”Among the Dead” is, quite fittingly since it is the track that explains the overall history of the record, the first one on the album (not counting the intro present on both casette and CD), and it is also one of my two favourite tracks present on this release. The other is the ballad (if any Metal genre can create great ballads, it is the Power Metal genre) ”When the Lights Go Out”, which is everything you would expect and love from such a creation: Low-key, slow, emotional; And completely unlike the rest of the album (which is probably why it is the last entrance on Among the Dead – Aside from the bonus track present on the casette and CD release). Overall, my three kinsmen have done a great job in carrying the mantle forward, and releasing a very presentable album. And to prove it, below can be found their first single from this release, entitled ”Tornado of Sickness”.