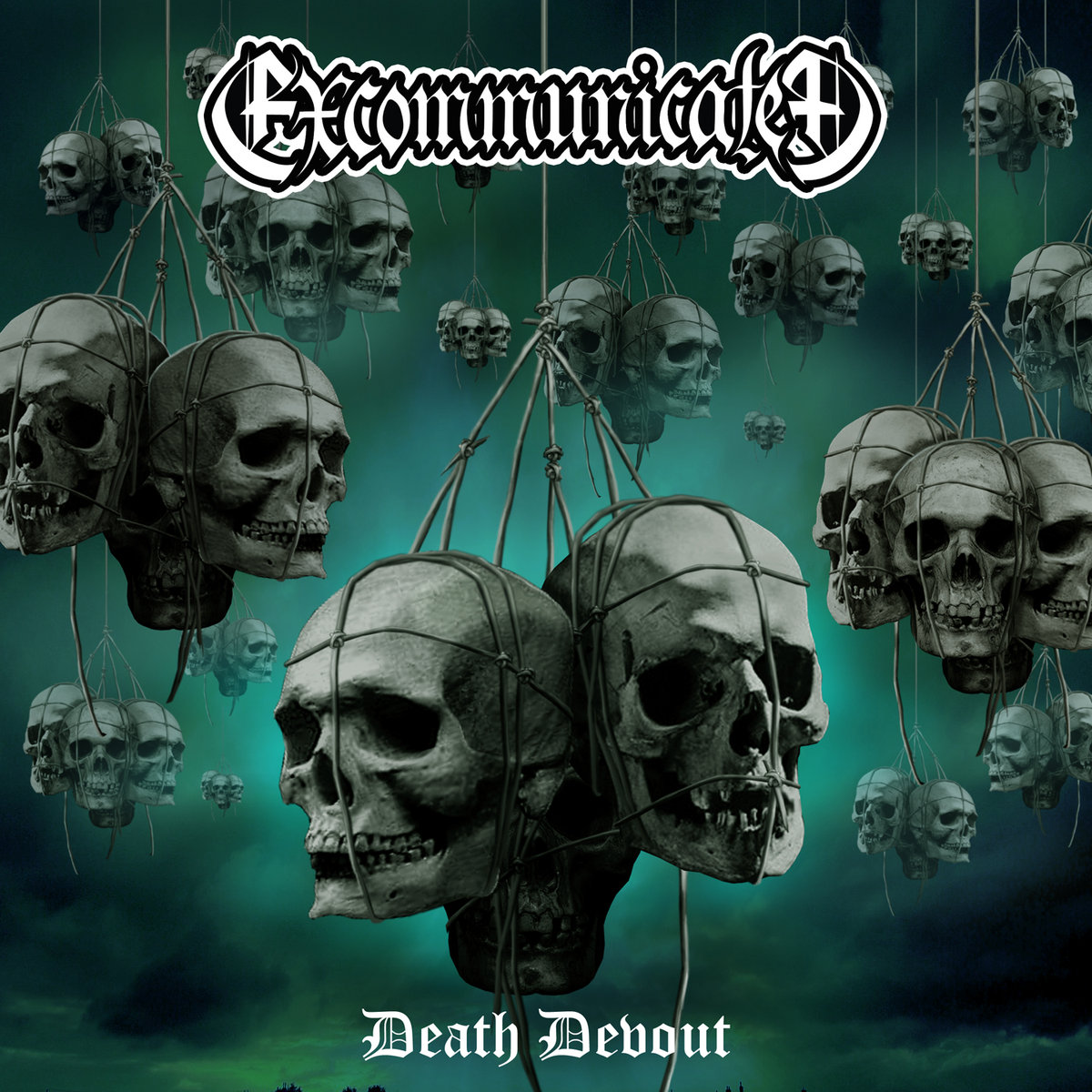 Formed out of the ashes of several prominent local death metal bands (Suture, Catholicon, Despondency) Excommunicated is a Louisiana-based old school death metal quintet. The band is a potent cohesion of the various influences and styles of it’s members. They have been around for more than eight years now. Nearly seven years after their strong debut Skeleton Key was released, Excommunicated returns with a massive collection of classics mainly carefully chosen from the early golden age of death metal. Thus, Death Devout is an all-covers album similar to the Six Feet Under’ Graveyard Classics series.

The vocals are really amazing here, best exemplified in the opening “Excommunicated And Anathema (Intro)”. Chad Kelly is a classic and extreme black/death vocalist, but on this opus his spoken-word vocals do him biggest favor. Both guitarists are doing an impressive job too paying homage to the great guitarists in the bands that they cover here. Drumming is also good and intense, but sometimes too prominent in their overall sound. Mix and production is not perfect, just solid. Sometimes it feels as some of the instruments (esp. a lack of bass frequencies) get buried in the mix, but it is still a listenable and enjoyable experience.

Excommunicated is paying a great respect to classic and original songs, but they also manage to make them personal and with their own unique approach, while throwing in a vicious blast beats and other parts which were never on the original songs! My favorite tracks from Death Devout are namely, “Body Count (Margoth cover)” and the Cannibal Corpse cover of “Edible Autopsy” which is simply amazing!

It’s always a risky business to release an album filled with covers only, but I think Excommunicated has done a decent job with this sophomore and untraditional release. Death Devout is a real fun listen recommended for fans of old school death metal and the bands mentioned above.